Excerpted From: Maybell Romero, Educational Environments and the Federal Right to Education in the Wake of Parkland, 73 University of Miami Law Review 731 (Spring, 2019) (282 Footnotes) (Full Document) 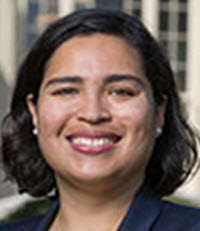 “[The Second Amendment] has been the subject of one of the greatest pieces of fraud, I repeat the word fraud, on the American public by special interest groups that I have ever seen in my lifetime.”

“If I wanted to be on Big Brother I would have auditioned for it ....”

After a tragic mass shooting at Marjory Stoneman Douglas High School in Parkland, Florida, on February 14, 2018, students were out of school for almost ten days. Upon returning to class after spring break on April 2, 2018, the students were greeted by a number of changes, including fewer entrances, police posted at each entrance, mandatory identification badges for students and teachers to be worn at all times, and the mandatory, exclusive use of clear plastic backpacks.

Student reactions to these changes ranged from skepticism to anger. District officials explained that Marjory Stoneman Douglas would serve as the “pilot for possible district-wide security changes.” A number of (what have been popularly characterized as) right-wing media outlets have lambasted students for claiming violations of their Fourth Amendment rights while simultaneously advocating for limitations on or abolishment of the Second Amendment. Student concerns regarding their own rights have also been downplayed and often ignored by parents, school officials, and other adults who, understandably, presume to know what is best.

In New Jersey v. T.L.O., the Supreme Court acknowledged that children enjoy a right to privacy and protection from unreasonable searches and seizures under the Fourth Amendment. One may read T.L.O. as a logical extension of Fourth Amendment rights to students after Tinker v. Des Moines Independent Community School District, which recognized students' First Amendment rights to freedom of speech in schools. While both cases recognized the rights of schoolchildren, these rights were not found to be coextensive with those of adults. The T.L.O. Court established a new balancing test for determining the validity of searches in public schools: A search performed at a public school must be “reasonably related to the objectives of the search and not excessively intrusive” given the circumstances of the suspected violation necessitating the search and the student's individual characteristics. The Court also explained that a student's Fourth Amendment rights are to be balanced against “the interest of the States in providing a safe environment conducive to education in the public schools.”

Security measures that have commonly been adopted in schools--such as video cameras, metal detectors, clear backpacks, and the presence of police (euphemistically called “resource officers”)--have altered learning environments in public schools with the constant specter of surveillance. This Article argues that the greater emphasis on safety, as seen after rashes of school shootings around the country, deprioritizes and, in some cases, completely ignores the requirement set forth in T.L.O. that an “environment conducive to education” and learning in our nation's public schools must be maintained. Some scholars have focused on maintaining a balance between two competing interests: (1) security and safety; and (2) preservation of an environment that encourages students to learn. However, their research has focused mainly on the effects of increased law enforcement presence or surveillance at disadvantaged schools, including how this impacts students from underserved communities or who attend schools with a majority of students of color, rather than focusing on all schools as a whole. This research is absolutely vital to advancing arguments in favor of reducing the impact of surveillance, police, and firearms in schools. This Article, however, takes a broader approach: It considers the effects of burgeoning social science and medical studies that strongly suggest tightened security measures will interfere with both the learning and long-term safety of students.

After examining research that suggests turning schools into something more akin to juvenile detention facilities impedes learning and may make children more prone to illness over time, this Article attempts to examine what, if anything, may be done to limit or entirely jettison the need for harsh security measures in schools. In McDonald v. City of Chicago, the Supreme Court held that the Second Amendment right of the people to “keep and bear arms” was incorporated to the states by the Due Process Clause of the Fourteenth Amendment. The Court's decision to incorporate rested on its conclusion that “the right to keep and bear arms is fundamental to [the Nation's] scheme of ordered liberty” and “deeply rooted in this Nation's history and tradition.” This conclusion followed a decades-long effort to re-characterize the Second Amendment as an individual right.

No rights--no matter how fundamental--are absolute. Fundamental rights frequently come into conflict with each other. The right to bear arms, however, continues to expand in public schools, with more states allowing concealed weapons on college and university grounds and more elected officials proposing to allow teachers to carry guns at school. In contrast, in 1973's San Antonio Independent School District v. Rodriguez, the Supreme Court held that education is “not among the rights afforded explicit protection” in the Constitution. The Court has, however, issued a number of decisions that have appeared to stress the importance of education on several grounds, stating that education is necessary to enable effective participation in society, to keep the citizens of the nation free and independent, and to foster good citizenship in the first place. This Article argues that with the adoption of the Fourteenth Amendment and the readmission of states that seceded from the Union during the Civil War, a fundamental federal right to education was created. This right should be interpreted as a right that comes with citizenship, as guaranteed by the Fourteenth Amendment and incorporated to the states.

This Article will argue that these readmission conditions, as well as the ratification of the Fourteenth Amendment that conferred the rights of citizenship upon those to whom such rights had been unjustly withheld, created a fundamental, if implicit, right to education that should stand on the same footing as the right to bear arms. This Article also argues that finally recognizing education as a fundamental right would facilitate a shift in understanding of students' search and seizure rights when they are considered in light of how heightened security procedures harm students. This recognition would also provide additional future avenues for greater gun control and better educational environments to the benefit of public school students nationwide. These arguments help serve the Article's overall purpose: To provide the beginnings of an analytical framework for considering and enforcing the federal right to education.

Part I of this Article examines the history of public schools in the United States, tracing the emergence of recognized rights of school children in Supreme Court jurisprudence.

Part II discusses what might be done to help ensure the establishment of educational environments that are conducive to learning, where students have no fear engaging in complex concepts and participating in the “marketplace of ideas.” It also examines the question of whether strict security measures are effective by reviewing empirical studies and psycho-sociological theories, offering an interdisciplinary approach to answering this important question.

Part III explores the existence of a long-dormant federal right to education that arose during Reconstruction and should be enforced to protect students from intense surveillance tools and gun violence.

The expanded search, seizure, and surveillance in public schools in the wake of high-profile mass shootings such as that in Parkland in February 2018, is, in some ways, understandable; parents and school administrators feel compelled to do all they can to keep students safe. Students, however, do not abandon their fundamental rights at the schoolhouse gate, including those assured under the Fourth Amendment. Schools should be places in which students are able to enjoy a safe environment that is also, most importantly, conducive to learning, as explained in T.L.O.

With the furor that arises after every mass school shooting, American schools and their officials have often lost focus on what it means to foster an environment conducive to education, instead focusing on security measures--such as ID badges, closed campuses, metal detectors, and clear backpacks. Empirical studies have shown that increased security measures harm students by undermining the trust that students should have in their administrators and teachers, hindering their academic performance, and causing them stress that may be hazardous to their physical health.

If tightened security should not be used to keep students safe from gun violence, what measures should be taken? Rather than relying on deleterious security measures, what schools, parents, and Americans generally should demand is the revival of the federal right to education, which has long gone underenforced. As demonstrated in the Article above, the federal right to education was incorporated to the states by the Fourteenth Amendment, along with every other right appurtenant to American citizenship. Such arguments may be brought before the Court pursuant to litigation focused on education, or through a political process, hopefully gaining credibility with each iteration. The revival of the federal right to education would place education on the same plane as the individual right to bear arms, making it more likely that efforts to institute reforms such as those suggested by a number of education-law scholars would be successful.