Race, Law, and Inequality, 50 Years after the Civil Rights Era

Deep racial inequality persists in the United States more than 50 years after the end of de jure segregation and passage of sweeping national civil rights legislation. Although these changes have bettered lives and opportunities for a fragile black middle class, on average African Americans continue to experience 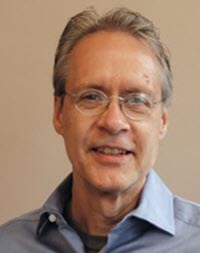 the deep historical legacies of racial division and structural inequality. Scholars have devoted considerable effort to explaining the enduring entanglement between law, inequality, and race, choosing different points of entry often related to discipline, but contributing complementary perspectives on the impact of civil rights laws, mechanisms that carry forward the legacy of racial division predating civil rights, and new sources of racial inequality. A field of research shows that racial inequality persists, perpetuated by more than flawed civil rights laws, institutional resistance or backlash against civil rights, and inequality growing from adaptation to concentrated disadvantage. Racial inequality continues to arise in the shadow of law from contemporary policy making as well as acts of private discrimination and resistance to greater equality. This review describes recent law and social science scholarship about mechanisms that maintain racial inequality. We observe that different social science disciplines typically focus on particular mechanisms. Although our descriptions of them are based on relatively distinct bodies of empirical inquiry, our conclusion emphasizes the value of an integrated field of theory building and research that brings these fields of study together.

At least two achievements of what we term the civil rights era--the culmination of movements in the 1950s and 1960s leading to civil rights legislation--have improved the landscape of racial equality: the expansion of the African American middle class through greater access to education, jobs, and housing and increasing access to the ballot gained, in no small part, through the Voting Rights Act of 1965 (VRA). But both gains remain insecure. Although the African American middle class has grown since the 1960s, its position is far more fragile than that of whites. And although effective enforcement of the VRA, in part, led to the changed demographic profile of elected officials at the local, state, and federal level, the Supreme Court recently held a key part of the VRA unconstitutional, allowing conservative state majorities to tailor voter access and redistricting laws to weaken the power of African American voters.

Across most dimensions of American society, the landscape remains bleak. Initial gains have been slowed by failure to enforce civil rights laws and resistance to integration. With the ending of the postwar economy and election in 1980 of a conservative administration, gains for the working class, and African Americans in particular, came to an abrupt halt. Harsh changes in criminal justice have increased racial inequality. Mass incarceration has become the most important determinant of racial hierarchy, and since the 1960s, the chance that a black man will be incarcerated is one in four, significantly greater than his chance of completing college . Not only have stark differences in income and wealth between whites and blacks remained almost unchanged since the 1970s, but large numbers of African Americans continue to live in conditions of concentrated disadvantage. In the current generation, only a few percent of all white children grew up in neighborhoods with 30% or more poor, a condition experienced by more than one-third of all African Americans, the same proportion as the generation born in the 1970s. Unlike white families, African American families have been unable to translate economic resources into movement to better neighborhoods; consequently, "the same families have experienced the consequences of life in the most disadvantaged environments over multiple generations". 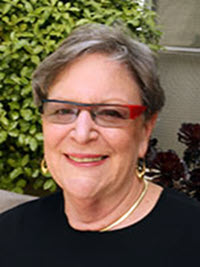 Racial inequality has new sources and has taken new forms in part because of economic globalization and massive immigration. Among industrialized democracies, the United States alone has responded to globalization by dismantling its economic safety net, allowing the minimum wage to stagnate, failing to address economic dislocation caused by deindustrialization or the increasing need for technical skills, and downsizing government employment. The absence of government intervention has undermined the lives of both white and black working poor and unemployed, fueling racial resentment, backlash against civil rights, and new perceptions of racial difference and perpetuating a "legacy of race, which continues to divide poor, working class, and middle class Americans from one another and deliver their political support to politicians who serve the powerful, wealthy, and affluent". Further, perceptions of racial inequality have been altered by massive immigration, which has added millions to a deeply divided low-wage labor force. This complex stream of immigrants, some arriving with economic and educational advantages over African Americans, has placed racial inequality in a new light for both white and black Americans.

Our review is in five parts. The next four parts review recent research describing mechanisms maintaining racial inequality. The first examines policy making, a mechanism fundamental to all the others, describing three points of entry to examination of the impact of policy making on racial inequality: interest group influence, racial formations, and exogenous social and economic change. Sociologist Douglas Massey concludes that "two structural configurations are central to perpetuation of black disadvantage in the post-civil rights era: the housing market and the criminal justice system." The next section reviews recent scholarship on the second of these, the impact of the criminal justice system and mass incarceration on racial stratification. The following section takes up a classic law and society issue, transformation of law on the books into law in action, using recent research on enforcement of civil rights in employment as a case study. The last reviews research on the other institutional configuration identified by Massey, the persistence of segregation and concentrated neighborhood disadvantage. Our conclusion returns to two themes that deserve special emphasis: the need for theory drawing these fields of study together and our need, above all at this moment in our history, for public scholarship changing the discourse, politics, and law perpetuating racial inequality.