Principal Interrogator: A Call for Youth-informed Analysis of Schoolhouse Interrogations 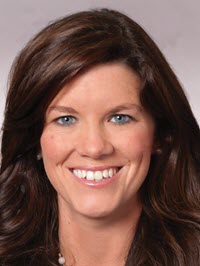 No longer is there any question that youth are uniquely vulnerable in the interrogation room. The proven fact is that kids are more likely to falsely confess than adults when interrogated using standard police interrogation techniques. Decades of scientific research on the development of juvenile brains, along with psychological research on juvenile cognition and behavior, prove this. The many proven false confessions by youth-- eighty-three and counting--prove it. Brendan Dassey, the sixteen-year-old subject of Making a Murderer, who falsely confessed to raping and killing Teresa Halback, proves it. The Central Park Five, the teenage subjects of When They See Us, who each separately falsely confessed to raping and beating a jogger, proved it long ago. They are not alone.

It took a while, but most courts now recognize that youth are more likely to involuntarily confess to a crime they did not commit, and courts require that juvenile confessions be reviewed with special care (at least United States Supreme Court precedent indicates that they should). Even law enforcement, the interrogators themselves, now acknowledge this reality. Nonetheless, every day in every state across our country, kids are interrogated using tactics known to be psychologically coercive and likely to produce a false confession. Police are still using these interrogation tactics--originally designed for adult experienced criminals--on juvenile suspects. That is bad enough, but here is what is shocking: now school officials, principals, and teachers are using these coercive tactics on their students.

Increasingly, statements are being used against youth in criminal prosecutions and juvenile delinquency proceedings that were elicited by school officials at the schoolhouse, rather than cops at the stationhouse. Many of these school officials have been trained in the same interrogation technique that police use on adult suspects in the interrogation room at the police station. When an interrogation is conducted by a school official, however, it is generally insulated from legal review because a school official is not law enforcement and not considered a state actor for the purposes of criminal constitutional law. Courts' refusals to treat school officials like law enforcement state actors carry dire consequences for students. As a result, students are not provided their Miranda rights, including their right to remain silent and their right to an attorney; parents are not contacted (even if state law would require parental consent for a police interrogation), and courts typically do not evaluate whether a student's statement was voluntary before admitting it in a criminal case. Understandably, many students may not understand that their statements to their principal may be used against them in a court of law. Given the frequency of schoolhouse interrogations and the reality that schoolhouse confessions can and regularly do lead to criminal consequences and a youth's loss of liberty, constitutional protections must apply to schoolhouse interrogations to protect youth.

It is high time for courts to recognize that interrogations by school officials are just as likely, if not more, to be coercive and elicit involuntary confessions from their students. This is an injustice, even if it only impacts school discipline; it is a constitutionally unacceptable injustice if that involuntary confession is then admitted in court in a juvenile or adult criminal proceeding against the student with criminal consequences, including the possibility of imprisonment. It is not a fluke when youth ends up prosecuted on the basis of incriminating statements that he made to his principal; it is by design. It is now a fairly common occurrence, and often the result of an orchestrated cooperation between law enforcement and school officials. Our laws must start reflecting the realities of today to better protect our students.