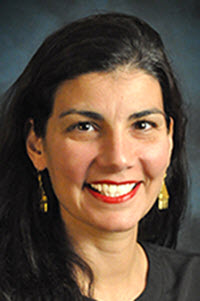 The public school occupies singular importance in the American experience because of its ubiquity. Millions of children attend school every day and are affected at a cellular level by experiences and interactions at school, including interactions with law enforcement officers. Most Americans attended or are attending a public school. How schools interact with students reflects, teaches, and models the ways in which the individual interacts with the government.

The Supreme Court has repeatedly acknowledged the critical importance of public education as the conduit for teaching the skills necessary for citizenship and democratic participation. Further, in Tinker v. Des Moines Independent Community School District, the Court noted that “[i]t can hardly be argued that either students or teachers shed their constitutional rights to freedom of speech or expression at the schoolhouse gate.” The Court has cited that language repeatedly in the context of other rights that students enjoy in public schools. The Court's repeated affirmation that students do not shed their rights upon entering the public school, coupled with its refrain that the purpose of public schools is to train young people to become civic actors, leads to the conclusion that public schools must allow students to exercise the very rights inherent to civic engagement.

American society is at a crossroads in the dismantling of systemic racism. We are reexamining how the perceived need for law enforcement officers and other “security” measures in schools may be symptoms of and contributors to racism. It is a critical moment to consider the proper role--if any--of law enforcement in public schools and how their presence affects the meaningful exercise of protected rights. Based on first-person accounts of public schools from New Haven to Oakland, St. Paul to Albuquerque, and everywhere in between, this Article posits that the very places that should symbolize the most deeply held American values of freedom, opportunity, compromise, collective values, and respect often reflect prejudice, fear, rigidity, and corporate greed.

The Miami Herald reported on July 7, 2020, that forty of the 100 largest police departments in the U.S. made at least one change to their use-of-force policies since the police protests began at the end of May. In the context of municipal police, people have demanded a number of reforms, including limiting physical restraint options, removing chokeholds as an option, ending qualified immunity, creating citizen complaint agencies independent from police departments, and eliminating police departments as we know them.

In the public school context, one of the most powerful--and controversial-- proposed reforms has been to remove or reduce embedded school police. The Justice Policy Institute's (JPI) Jeremy Kittredge is tracking the movement to defund school police, and he notes that the list of jurisdictions limiting the presence of law enforcement officers is growing by the day. Since George Floyd's murder on May 25, 2020, numerous jurisdictions, including Minneapolis, Denver, Pittsburgh, Rochester, Charlottesville, and Los Angeles, have called for school police reform. Specific measures include deciding not to renew the Memoranda of Understanding between local school districts and local police departments; diverting funds to support student achievement and resources; and moving officers out of embedded positions.

This Article explores how embedded law enforcement officers in public schools may pose constitutional threats, particularly to children who are already vulnerable to racism and mistreatment. The piece follows up on the 2017 article, The Prisonization of America's Public Schools, by arguing that prisonized public schools jump constitutional guardrails. First, the author contextualizes the current challenges facing schools, administrators, and teachers, and how schools have responded.

Admittedly, these arguments call for radical change. Court historians may opine that even the most liberal Court can hardly be described as radical. However, in addition to the strength of the legal arguments, empathy often opens a path forward. Even conservative originalists/textualist judges and justices, particularly those who are parents or grandparents of school-age children, may find at least some of these arguments convincing during this time and place.

Removing embedded police officers and prisonization practices from public schools will be no small feat. In fact, even during the time when schools are mostly online, police overreach and the targeting of children with disabilities and students of color continues in the supposed privacy of their own homes.

But if change does not happen now, when will it? Our collective conscience about racism is at an all-time high. Further, most K-12 schooling will occur remotely, likely through June 2021, thereby reducing the need for on-site police. COVID-19, through all of its challenges, has presented us with an opportunity to reverse our over-reliance on law enforcement and educate ourselves about better ways to address student safety.