What's Hair Got to Do with It?: How School Hair Policies Violate the United States Constitution

Excerpted From: Brianna D. Gaddy, What's Hair Got to Do with It?: How School Hair Policies Violate the United States Constitution, 6 Administrative Law Review Accord 155 (March 31, 2021) (108 Footnotes) (Full Document) 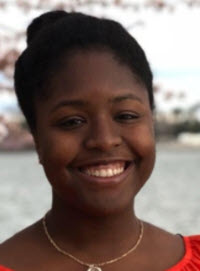 Discrimination against Black hair is not a new phenomenon. Disdain for Black hair existed as early as the seventeenth century, where “British colonists deemed African hair as closer to sheep wool than human hair, setting the precedent that white hair is preferable--or “good.” Such disdain toward Black hair results in many people losing their jobs or facing punishment. For example, in 2014, the U.S. Army issued a policy that banned certain hairstyles, including cornrows, twists, and dreadlocks. The policy described these styles as “unkempt” and “matted.” Following swift backlash, the Army changed the policy. These discriminatory policies go beyond our servicemembers in uniform and impact students in public schools across the United States. Often, discriminatory hair policies punish students for wearing their hair the way it grows naturally, or in styles typically reserved for African Americans.

The arguments in this Essay highlight how discriminatory school hair policies reinforce the idea that natural Black hair is inherently “bad,” and that these polices likely violate Title VI of the Civil Rights Act. While the right to an education is not guaranteed by the U.S. Constitution, all fifty states have incorporated a right to education in their individual state constitutions. Although there is not an explicit right to education in the Constitution, there is an explicit right to equal protection under the laws. An individual's constitutional rights do not end at the schoolhouse doors and, therefore, discriminatory hair policies arguably violate the Constitution. Finding a workable solution to this type of discrimination in schools is complicated and will require collaborative efforts from the federal government, state legislatures, and individual schools and teachers to achieve the goal of eliminating these hair policies across the country.

School hair policies are typically embedded in dress code policies. If a student violates a hair policy, the punishment varies but may include in-school and out-of-schoolsuspension, exclusion from extracurricular activities, being sent home, and being publicly reprimanded. One example of a discriminatory hair policy comes from Mystic Valley Regional Charter School, located north of Boston, Massachusetts. Hair extensions are banned within the dress code because they are labeled “distracting.” When two sixteen-year-old sisters came to school with braid extensions, they were told that their hair needed to be “fixed”; if they refused to change their hairstyle, they would be removed from their extracurricular activities, barred from attending prom, and possibly suspended. Similarly, at The School for Creative Studies in North Carolina, several girls wore headwraps (also known as geles) to celebrate Black History month and symbolize their connection to Africa. A school administrator responded by telling the girls they were required to remove the headwraps as they violated the dress code.

No age limit exists within these policies. For example, seven-year-old Tiana Parker was sent home from Deborah Brown Community School in Tulsa, Oklahoma for having dreadlocks. The administration sent her home because the dress code stated that “hairstyles such as dreadlocks, afros[,] and other faddish hairstyles are unacceptable.” The policy has since been amended to state, “the Administration reserves the right to contact the parents/guardians regarding any personal hygiene issues that it believes causes a risk to the health, safety and welfare of the student, his or her classmates, and faculty or staff or detracts from the educational environment,” instead of specifying what styles are allowed. The school's administration stated that Tiana's hair “did not look 'presentable.”’ Within the Deborah Brown Community School's policy, words like “faddish” and “unacceptable” presumptively included hairstyles such as afros and dreadlocks-- hairstyles that are predominately worn by Black students.

Although one might contend that these hair policies are not facially discriminatory, these policies do implicitly target hairstyles that are unique to Black students. Accordingly, “[i]n order to protect Black children's rights, Americans must recognize that physical and cultural traits, such as hair texture and hairstyle, are increasingly used as a proxy for race.” Additionally, these policies target African American students who wear their hair in its natural form. Black students who wear their hair naturally are “substantially more likely than white students to 'violate’ the ban on an 'Afro’ over 1 inch in height”' by virtue of how African American hair grows in its natural state.” Black female students with kinky hair are more likely to wear braids that utilize hair extensions or weaves “as a form of hair maintenance/and or cultural expression.” Therefore, it follows that Black female students would be “substantially more likely than white students to violate [a school's] ban on hair extensions.” While students of other racial backgrounds are seemingly not required to do anything in regard to their hair, Black students--primarily Black girls--face more punishment as a result of wearing their hair naturally or expressing themselves through different hairstyles, like braids or hair extensions. This policing of Black students' hair has and will continue to detrimentally impact their education by providing schools with additional opportunities to discipline or suspend Black students.

Students come to school to learn. Discriminatory hair policies make it difficult for Black students to authentically express themselves and simultaneously receive the same access to quality education as their white classmates. These hair policies create another barrier for Black students, particularly girls, largely because the policies have a disparate, negative effect on Black students. Furthermore, these hair policies spring from institutionalized racism and should not be allowed to persist. Eradicating these policies will take time and collaboration from students, teachers, administrators, state legislatures, and the federal government. Regardless of what a partnership between state and federal government looks like, or what and how federal administrative guidance might manifest as, schools across the United States have a responsibility to eradicate discriminatory policies that punish Black students simply for how their hair grows naturally out of their head.