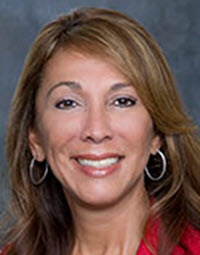 This Article begins by briefly describing the Black-white paradigm and the ways it erases communities of color that do not fit within it, thus further marginalizing already sidelined communities. This Article focuses on Latinas, elaborating on how the Black-white binary places them in an impossible position, making it difficult to discuss race beyond Black and white and to consider and resolve other communities' discrete, race-related issues.

The next Part illustrates the Black-white paradigm erasure point as to Latinas with a story about women law deans of color. The seventy-five women serving as law deans at this moment represent the largest number to date and the majority are white (43.5). Among the 31.5 women of color, 25.5 are Black, and the remaining are Latina (4), Asian (2), and Indigenous (1).

The story of Black women is a resounding success, but it is somewhat puzzling when compared to their representation in the legal academy and compared to other women of color who are disproportionately underrepresented. This Article focuses on the comparatively low number of Latina law deans. It then offers explanations for the composition of women law deans of color. This Article suggests the surge in the appointment of Black women is not surprising given the Black-white paradigm, intentional organizational efforts to promote Black women in the academy, and the “George Floyd effect.” At the same time, Latinas have not had the same leadership organization and support and may be influenced by cultural norms that impede the singular focus required to attain top leadership positions.

This Article incorporates ideas to increase Latina leadership, partly by shifting to a nonbinary paradigm that is more hospitable to a broader range of outsiders and will create a more diverse, equitable, and inclusive climate. This in turn will permit all women of color better access to leadership positions. This movement can only achieve its promise if Latinas' underrepresentation is acknowledged as a shortcoming, making way for concrete steps to expand their leadership. While there have been productive efforts to increase the number of Latina/o faculty, those must be supplemented with more intentional steps to nurture career growth and cultivate Latina leadership. Finally, we need an honest conversation about cultural barriers that limit leadership aspirations. A combination of these steps should mitigate the Black-white paradigm's erasure of those who fall outside the paradigm, opening more doors for others.

I. The Black-White Paradigm Explained and How It Erases Latinas

“In the United States, a bipolar [B]lack/white paradigm of race relations has been the framework upon which a vocabulary has been erected to deal with race issues.” Simply stated, the Black-white paradigm is an archetype for understanding racial constructs, issues, and solutions with Black and white people's experiences as the anchors. Professor Rudy Hernandez poignantly stated:

Race, in black and white, is arguably one of the most persistent paradigms to have entered the American psyche. It affects us all, and it is as powerfully divisive as it is potentially unifying; exclusive as much as it is inclusive since race is the point where most of us formulate our initial assumptions about people ... and the institutions associated with groups of people.

Given slavery's insidiousness in U.S. history and its pervasive long-term effects, the Black-white paradigm is a logical starting point and an essential part of the conversation about race. As Professor Nancy Ota explained:

Discussion of the history of Americanrace relations inevitably focuses on the Black/[w]hite Paradigm epitomized first by slavery, the Civil War and then emancipation, the Reconstruction era, Jim Crow or the American era of apartheid, the establishment of formal legal equality in the Civil Rights era, and now the salience of race and the persistence of racism in American society.

This paradigm provides a straightforward structural framework for discussing race by reference to markers--Blackness and whiteness. However, it is incomplete, erasing other outsiders. “[T]he Black/[w]hite binary paradigm operates to exclude Latinos[] [and others] from full membership and participation in racial discourse ....” Such exclusion perpetuates the paradigm, ignoring other experiences and making it challenging for others to rise to their full promise, including leadership potential.

While people of color share many common battles, there are also different histories, cultures, struggles, and oppressions, which cannot be thoroughly explored under a Black-white paradigm. As far back as 1993, Professor Robert S. Chang informed us that:

Most discussions of race and the law focus on AfricanAmericans to the exclusion of non-AfricanAmericanracial minorities. To limit the discussion in this way is a mistake. Analogies may be drawn between the discrimination experienced by different disempowered groups, but care must be taken to avoid confusing one form of discrimination with another. The dominant group has used various methods of discrimination, legal and extralegal, against different disempowered groups. The differences between these groups must be considered in a discourse on and the law if we are to use law as a means to help end racial oppression.

The Black-white paradigm remains an important frame of reference for understanding race-related issues, but it is exclusionary and minimizes others' experiences. Professor Eric K. Yamamoto explained that:

“It limits racial inquiry to white and black relations, and its binary oppositional framing of race issues generates an either-or view of racial justice. While white on black disputes are of immense continuing import, the white-black casting of race issues misses important complexities in multiracial America.”

The paradigm diminishes other experiences, if it acknowledges them at all, making it nearly impossible to frame issues or achieve solutions that transcend the paradigm. Its pervasiveness even manifests in leadership. For example, the first person of color to serve as President of the United States was a Black man, Barack Obama. Similarly, both the first (Thurgood Marshall) and second (Clarence Thomas) people of color on the Supreme Court of the United States were Black men. The first law dean of color was a Black man. The first woman law dean of color was Black. The next Part will further illustrate how the Black-white binary has impacted women law deans' diversity, artificially limiting the number of Latina law deans.

There are many explanations for the composition of women law deans of color and the surge in the appointment of Black women while the appointment of Latinas stagnates. The Black-white paradigm is the most significant because it artificially constrains how we consider race and formulate antiracism and antisubordination strategies. There is no simple way to transcend the Black-white paradigm, but a start is to name it and change the vocabulary and reference points around race to make it more expansive. Latinas can also initiate workshops carefully designed to increase hiring, retention, and promotion in the legal academy, which should naturally produce more leadership prospects. Finally, it is essential to identify cultural barriers that can devolve into internalized oppression and hinder advancement, while utilizing cultural strengths to offer alternate ways of authentically leading.