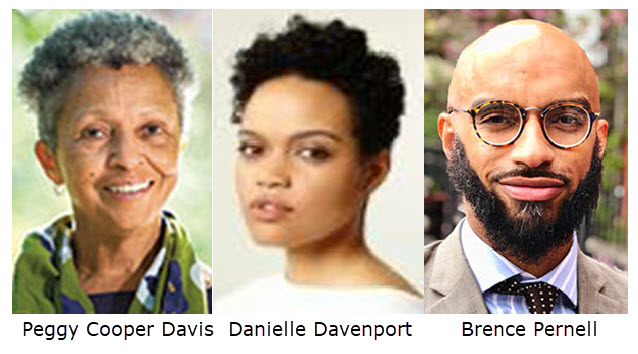 A family law simulation course meets for a final critique session: a small group of students, a few actors, and a professor around a table; a research fellow off to the side. Imagine that we mute the scene and, for a moment, that we just track body language.

We see a student and an actor with whom the student had worked in role. They are engaged in conversation--both black women of similar age. There's reciprocal laughter, animated gesturing, warmth. They've only interacted once before, in role, as lawyer and client, but there's an immediate rapport, some bond or connection that's visible here in the classroom.

We fast forward a bit to another student-actor pair in conversation. They, too, had worked in role as lawyer and client, and like the first pair, they debrief. The actor is animated and upbeat. The student is cooler in affect, but seems comfortable. At a certain point, as the actor's mouth and hands fly, something shifts for the student. Her mien grows increasingly stoic as the actor continues talking, aiming to engage her in acknowledging a shared experience that the student in fact perceived quite differently. We'll add that the actor is a white woman in her thirties, and the student a black woman in her twenties.

We unmute the soundtrack and replay the second pair. The actor's words that seem to correlate to the student's increasing chill are a description of the student by the actor--“smart ... well-prepared ... articulate ... articulate”-- a notable repetition to some, if not all, of the black people present. We also notice that the shift in the student's affect is clearest when the actor says the student “played high.”

The actor, a member of another university's undergraduate theater faculty, gives context for the term by describing “status work” as a cornerstone of actor training. But in this moment, in this law school classroom, her phrasing has quietly obliterated any sort of collaborative, communicative bond that may have been forged between actor and student. There is none of the warmth and ease that we observed watching the first student-actor pair. And the actor has no idea.

Invariably, who we are impacts how we engage: as lawyer and client, as teacher and student, as colleagues, as humans. Our education, experience, and identities affect our interactive behavior, and they affect how (and whether) we perceive the overt and subtle behaviors of those with whom we interact. From the #MeToo and Time's Up movements to companies' and institutions' renewed (albeit largely under-realized) commitments to diversity and inclusion, mainstream cultural standards of interaction are evolving. As some breathe sighs of relief and others struggle to adjust previously normative behaviors that they have only just discovered are problematic, the ability to discern identity-informed cues in social and professional interactions has become invaluable no matter the context or identities at play.

For this reason and others, this is an auspicious moment for improving law students' training for the interactive work that will fill their professional lives. Bar associations, law schools, and bar admission standard-setters have acknowledged the importance of clinical and simulated legal training to professional excellence. They have therefore made clinical and simulation training mandatory for law school accreditation, law school graduation, and bar passage. Clinical and simulation courses have mushroomed as a result, and these courses provide ideal contexts for the development of students' capacities--so necessary, in these turbulent, divided times--for communicating effectively and gracefully across identity differences.

The Family Practice Simulation course from which this study is drawn is taught in accordance with a methodology developed at New York University School of Law as a foundation for its pioneering simulation curriculum. This method is built on a presumption that excellence in legal practice requires intellectual versatility. Accordingly, it structures students' work so that their attention is regularly called to each of the five modes of analysis that we consider basic to the work of lawyers: logical analysis, sociocultural analysis, psychological analysis (understood in both interpersonal and intrapersonal terms rhetorical analysis, and ethical analysis. These modes of analysis are systematically applied with respect to each of four elements of a legal matter: facts, goals, law, and strategic interactions.

In what follows, we reflect on how simulation courses can open the door to constructive engagement with the complex dynamics of communication across identity differences--dynamics that were dramatically at play in the exchanges described above. We will see that these dynamics are more easily exposed and addressed in contexts in which students' and teachers' attention is regularly called to all of the five modes of legal analysis and to each of the four elements of legal work.

We ground our analysis of lawyering communication across identities in two concepts that are central to developing law students' capacities for sociocultural, psychological, and ethical analysis: microaggression and social distance.

Microaggressions--defined as “subtle, stunning, dramatic, often nonverbal exchanges which are [or are perceived as] put-downs” named by Chester Pierce, a brilliant African American professor of psychiatry, as he described his professional life among white colleagues in an essay subtitled Thirty-Three Years of Stress. Pierce described the stress that came from anticipating and fearing stereotyped negative judgments. He reported the psychic energy he had expended trying to sort stereotyped words and actions from evidence-based assessments and pondering the ambiguity of remarks that might or might not have carried stereotyped and negative judgment. These things, he reported, had drained his psychic energy and impaired his (nonetheless stellar professional performance throughout a long career. The term was introduced into the parlance of the legal academy in 1989 in an effort to explain and address the operation of unconscious bias in the legal system, and it has served to name and to call attention to moments when legal professionals utter or act upon stereotype-based negative assumptions. The term microaggression has come to have significant resonance beyond the legal and academic realm and is now regularly invoked to describe an insidious, unintended, often racialized (or gendered or otherwise biased) remark or behavior that implicitly attacks the competence, merit, or sense of belonging of a member of an underrepresented or disempowered group in any setting.

Work pioneered in social psychology by Claude Steele verified and expanded on Pierce's conclusion that being at risk of microaggression--which is to say being at risk of being negatively stereotyped--not only causes stress, but also impairs performance. As a result of Steele's work and the work of colleagues who followed him, the condition of being at risk of microaggression came to be known as stereotype threat and was shown to induce stress and impair performance among blacks as well as other groups susceptible to stereotyped judgment. Subsequent research in social psychology, also involving Steele and his collaborators, broadened Pierce's insight that those subject to negative stereotyping are at risk of threat. They observed that there is mutual anxiety and stress in crossgroup encounters. This newer research, sometimes using the term “identity threat,” posited that people who are aware that they might be thought to hold negative stereotypes experience anxiety that mirrors the anxiety of those who are aware that they might fall victim to negative stereotyping: they function in cross-group settings under threat of being considered bigoted. This hypothesis was supported by findings that in crossgroup settings the two groups maintained a social distance that was hypothesized to be motivated by mirrored states of mind: the stereotype-threatened group's anxiety about being judged in accordance with a negative stereotype, and the stereotyping-threatened group's anxiety about committing (or falsely being perceived as having committed) microaggressions.

The sum of all of this research and speculation is that cross-group discourse can be fraught with stress. And it is a fact of professional life that most discourse crosses group lines of some sort--lines of gender, race, family status, ideology, sexual identity or preference, nationality, region, religion, or something we haven't thought to mention. To return to the moment from class, it is likely that the first pair was more at ease as a result of shared identities. And it is likely that the second student perceived the actor's insistence on her articulateness and high status as microaggressions grounded in stereotypes of black intellectual inferiority and servility. At the same time, it is just as likely that the second actor perceived herself as delivering a complimentary and apt observation from one individual to another in a situation she would have handled no differently had the student been white.

This aperture in the second pair's experience of a single shared moment will be explored in the following account of the use of experiential learning techniques in training lawyers to work across professional and personal identities. This work is a subcategory of--and inseparable from--a more comprehensive project of training students for interpersonal and intrapersonal intelligence and for socially and professionally responsible legal practice. In what follows, we pursue two lines of inquiry. One is an exploration of how distinct modes of analysis and assessment--prominently including multilayered critique and discourse analysis--maximize opportunities for students' inter- and intrapersonal development. The second explores the complexity of multilayered critique as teacher, student, and actor alike navigate the very inter- and intrapersonal dynamics that the process illuminates.

We begin by describing the simulation course, the exercise within it that is the focus of this Article, and the role of actors within the course. We then provide in-depth (but necessarily partial) analyses of two students' performances in the exercise--one textual and one based on participant and faculty critiques. Through these analyses, we demonstrate the usefulness of layered formative critique and the relevance of concepts drawn from both sociolinguistic study and social distance theory to nurturing students' competence for the necessarily and importantly interactive work of lawyering. The Article concludes with a discussion of some of the difficulties students and faculty face in navigating what can be a highly personal and subjective dimension of professional training.

What is the teacher to make of all of this? The learning process described above is labor intensive and expensive. It requires a willingness on the part of students, actors, and faculty to tread emotionally difficult terrain. To return to the moment from the critique session depicted at the beginning of the Article, in this very brief interaction there are infinite opportunities to build inter- and intrapersonal awareness. What would have been the most effective means of communicating the status point? Was the reference to playing high unfairly loaded? Completely apt? Something in between? How could actor and student both have evaluated the initial intention behind and ultimate impact of their words? What was the best way to address the gem of useful feedback swathed in a predictably offensive formulation? For us, as faculty, what is at stake in the decision to wade into these sensitive waters?

The questions are endless, and the answers can only be partial. Our students profited from having a videotaped record of their performances and faculty, peer, and actor feedback. We subsequently profited from having candid feedback from students and systematic language-based analyses of their performances. We also profited from mixing the disciplines of theater and law; the role of status positioning in interactive work took on new meaning as we examined it through the lens of theater studies. But the development of the students' relational skills depended most on their having a simulation context within which they were regularly focused on--and assessed in terms of--the interpersonal dimensions of lawyering work. A learning environment that privileges interpersonal analysis and integrates it meaningfully with doctrinal analysis is optimal for the development of professional excellence. The overarching lesson is that we are all immersed in, and must never imagine ourselves as being above, the emotional consequences of living within mixed sets of inevitable and chosen identities.