Theorizing Race and Racism: Preliminary Reflections on the Medical Curriculum

“[T]here are moments when the encounter between present and past suddenly forces itself to the centre of our field of vision. The moment of Trump is one of these. But this eruption does not mean simply that we should paste bits of the past onto the present and see if they fit. The point is how the history we already know can be used to make sense of the present.” 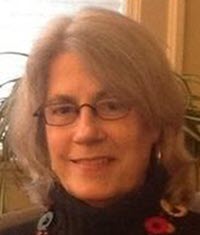 We are in a historical moment of crisis, of “epic catastrophe,” to use the words of Robin Kelley. In the years ahead, there will be much soul-searching--and much suffering--as the United States grapples with the fateful presidential election of Donald Trump on November 8, 2016. Simplistic blaming for the outcome will no doubt continue as mainstream media, politicians, pundits, experts, ordinary people--and professional medical societies--rush to normalize the aftermath of a presidential campaign rooted in white supremacy. One thing is certain. Without resistance, the consequences of a changing political, economic, and socio-cultural context for health inequality will be devastating.

This Article offers some preliminary reflections on the implications of this new iteration of racially structured capitalism for the health sector and the scientific knowledge-making systems that are an integral component of the state and its forms of rule. I raise issues important to theorizing racism as it intersects with medicine and medical education, arguing for critical distance on the dominant biomedical framing of disease, its history, and its reductionist logic. I make a very preliminary attempt to link current reform movements, political economy of health, and the long history of critical theorizing about racism and capitalism to systems of knowledge and power. Situating reform initiatives on race in medical education in the contemporary political context, I identify some of their strengths and limitations as presently conceptualized, and conclude by pointing to some hopeful possibilities for the coming period drawn from the insightful analyses of institutional racism by critical race theorists of race (CRT) and the work of the Black Radical Tradition to illuminate how “societies structured in dominance” inform the material practices of medical pedagogy, practice, and research.

Such theoretical frameworks can provide insight into the cultural appeal of technical fixes for the social and biological complexity of health. Importantly, they can help us stay focused on how the political, economic, and ideological structures of racial capitalism, in which medicine is embedded, work to produce injustice in health and the consequences for knowledge production. Theorizing the relationship between race, racism, and health and the social order is not a mere academic exercise. Theory, as Stuart Hall has argued, has particular political consequences for projects of transformation. A critical theoretical framework, a framework that engages the historical specificity of medical practice and its interconnections with the market, legacies of slavery, knowledge production, and the changing nature of racial capitalism is necessary, indeed required, at this conjuncture.
. . .

A major rethinking of how health inequality is structured into the racial state will be necessary going forward, as the existing (and profoundly inadequate) structures of healthcare and knowledge production come under further attack by a right-wing Congress in the coming years. For health care providers, this is a moment to build on and work with, not only social scientists but more importantly, the robust community- based movements that are flourishing--and will continue to flourish no matter how challenging the times. The activism sweeping both medical campuses across the country will not easily be silenced.

Working with and pushing the structures of medicine to better prepare healthcare providers to address inequality is imperative. This will entail significant restructuring of the preclinical and clinical curriculum to allow faculty and students time to read, think, and engage with oppressed communities as equals, something that their education and life experiences has often left them ill-equipped to understand or to discuss. To do so, though, we will need more careful analyses, such as the work of Khiara Bridges about the subtle ways in which racism shapes clinical practice in the various clinical specialties on a daily basis.

Yet, organizing for social justice in an era of right-wing assaults and an appalling normalization of hateful discourse in the public sphere holds certain challenge for activists. “How,” as Ruth Gilmore wrote at least fifteen years ago, “does the state-in-crisis discipline surplus workers, and how do workers organize against their abandonment within and across oppositional spaces delimited by race, gender, class, region, and violence?” One danger of well-intentioned activism in medicine is a kind of philanthropic capitalism so thoughtfully analyzed by Vincanne Adams in the context of the privatization of advocacy organizations in the aftermath of hurricane Katrina in New Orleans, Louisiana. The coming period will require not only medical education attuned to the political economic structures of inequality that shape health but also robust educational formations outside of educational institutions driven by community needs--as perceived by communities--much like those set up by the Black Panthers with political allies in the 1960s. High quality patient care requires providers who understand the political nature of medicine and how the racial state shapes both the epistemology of biomedicine, the health experience of marginalized groups, and their own notions of expertise. While the structural absence of an intellectual space within the academy to theorize race, racism, and the social order is consequential, as a site where the materiality of culture and political economy collide, medicine is a lens that illuminates the contradictions of the social order.

While this is a frightening historical moment with potentially profound implications for housing, education, police violence, immigration, and health, it is also a moment when the contradictions of the racial state are abundantly clear, even to those who do not bear the full burden of its daily violence. Vibrant critical traditions, such as CRT and the long Black radical tradition, which have at certain historical moments intersected directly with medical activism, can deepen our analyses of the structures of society, health inequality, and knowledge production. Social justice movements fighting racial inequality in health have much to gain by engaging the insights of traditions that integrate race, class, gender, and disability: W. E. B. Du Bois's broad interdisciplinary studies of race and social conditions; Frantz Fanon's insightful critiques of colonial medicine; Cedric Robinson's inspiring work on racial capitalism; Stuart Hall's analysis of societies structured in dominance; Angela Davis' theorizing of race, class, and gender; the Black Panther's theorizing of communities as knowledge producers; Kimberle Crenshaw's intersectionality; Sylvia Wynter's reconceptualization of the human; Ruth Gilmore's interrogation of the “fatal couplings of power and difference;” or Keenanga-Yamahtta Taylor's notion of black liberation and many, many others. Abigail Bakan and Enakshi Dua have recently brought together a range of scholars to begin a re-theorizing of antiracism by linking Marxism and critical race and postcolonial theories. In so doing, they offer new analytic strategies that can be brought to bear on the history of scientific knowledge production and health.

As we try “to make sense of the present,” it is crucial to push the structures of academic medicine as much as possible. Yet, social change will not come from the academy or from the experts alone. The academy can enable or it can--and does--obstruct social justice. The most productive spaces for rethinking medicine as simultaneously a healing profession, a complex structure of power, and a racialized knowledge-producing system will be in joint action and theoretical work with the rich variety of community-based groups, unions, and other groups to re-imagine what Ruha Benjamin has termed “a people's science,” a science that engages how power shapes knowledge, a science rooted in “principles of participatory science-making.” Such spaces, in which engaged scholars could participate, would demand an end to racially-based state violence and the redistribution of wealth as a starting point for social justice. With joint action, it will be possible to begin the process of re-envisioning the social order to construct a just society where it is possible for all to live lives of dignity with health and well-being.