What's the Point of Parity? Harvard, Groupness, and the Equal Protection Clause 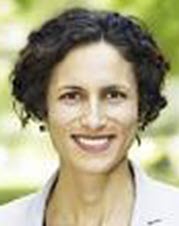 There has been long standing debate--to put it mildly--raging over which forms of equality the Equal Protection Clause protects. Students for Fair Admissions, Inc. (SFFA) v. Harvard, a challenge to the undergraduate admissions practices at (you guessed it) Harvard pending for almost five years now, offers yet another opportunity to debate this question with respect to racial equality. The case was spearheaded by a long-time critic of affirmative action, Edward Blum, representing a group whose mission statement is that, “[a] student's race and ethnicity should not be factors that either harm or help that student to gain admission to a competitive university.” Last September, a Massachusetts federal district court issued an opinion upholding Harvard's admission practices against that equal protection challenge. As the appeal winds its way up--possibly to the Supreme Court--the case could well decide the fate of affirmative action well beyond elite universities. But the case is important for another reason: it exposes a missing conceptual piece in this long-running debate about how to interpret the demands of equal protection. It also perfectly illustrates why missing that piece creates an incoherent legal doctrine, especially in the area of affirmative action.

Most approaches in law and social science define racial discrimination as the dissimilar treatment of persons in different racial groups who are similarly situated, at least with respect to variables rationally relevant to the domain in question. The plaintiff SFFA's expert reports and legal arguments track that definition. SFFA proposes that statistical evidence demonstrating that applicants grouped by racial affiliations with similar observable qualifications face different probabilities of admission means that Harvard's admissions process is discriminatory. That is, plaintiffs contend that group-based conditional parity--similar likelihood of admission for applicants grouped by race, conditional on having similar credentials--is the substantive form of racial equality demanded by equal protection in college admissions. Harvard's statistical expert largely accepted that definition of discrimination, as did the U.S. District Judge, Allison D. Burroughs, who decided the case.

This Essay argues that the plaintiffs' proffered principle of which form of equality the Equal Protection Clause protects in the context of college admissions is deeply flawed. It is flawed both as a normative and as a legal matter. The problem with SFFA's definition of discrimination is that it fails to explain why group-based conditional parity is the proper relation of equality for this specific form of groupness by reference to what constitutes 'race’ as a social grouping. An allegation that a practice treats people unequally by virtue of racial groupness can only be settled by appealing to a principle that evaluates the practice in light of what racial groupings are. It cannot be settled by reference to a principle formulated by abstracting (or assuming) away the social facts that make up the form of groupness we know of as 'race.’ Principles of the latter variety are just nonresponsive to claims of racial inequality. Furthermore, only principles of the former variety are consistent with the Supreme Court's entire graded scrutiny scale in equal protection doctrine and its line of cases allowing universities to value racial diversity.

Although it is hardly debatable that this case was brought with the express purpose of dismantling affirmative action in higher education and beyond, a number of commentators have argued that the case nonetheless raises real and serious issues about admissions practices that stereotype Asian applicants and discriminate against them by limiting their enrollment at Harvard. Plaintiffs SFFA proffered substantial evidence that the relation of conditional parity was violated with respect to Asian vis-à-vis white applicants. But they proffered even more dramatic evidence that it is violated between Asian vis-à-vis Black and Hispanic applicants (which the plaintiffs' expert repeatedly highlights in his reports), and between white visà-vis Black and Hispanic applicants. Many held out hope for a ruling that would remedy the alleged artificial suppression of Asian enrollment vis-à-vis white applicants without threatening the legal status of affirmative action for African-American and Hispanic applicants.

Both Harvard, in defending their affirmative action practices, and the judge, in ostensibly favoring Harvard's expert findings, declined to counter the content of SFFA's definition of discrimination. In so doing, they failed to offer a principled and sensical defense of the policy in the face of the (almost exclusively) statistical evidence proffered by the plaintiffs. The central issue in this case was not an evidentiary question about what was probative of discrimination, but rather a substantive question about what constitutes discrimination. Without addressing that question, it was impossible to even contemplate a remedy that could have addressed practices between white and Asian applicants while preserving affirmative action for Black and Hispanic applicants. I fear the kind of reasoning that won the day in this case will, more often than not, be used to limit the reach of future antidiscrimination and equal protection plaintiffs in domains well beyond elite education.

This case is, to my knowledge, one of the most notable affirmative action cases ever to proceed almost exclusively on the basis of statistical evidence. The district court's ruling preserved affirmative action for today. But I fear its reasoning and treatment of statistical evidence threatens future civil rights plaintiffs. The pages and pages of descriptive statistics and the debates over the proper specification of logistic regressions--which marginal effects to estimate, what variables to interact, or how to pool the data--obscured a much deeper question that must, logically, premise the entire evidentiary enterprise. That question is: What relation of equality are we looking for in all of this evidence?

SFFA's expert reports and filings go to great lengths to highlight the violation of conditional statistical parity between Asian and Black applicants. Yet, the court's opinion almost exclusively focuses on adjudicating statistical evidence about the conditional statistical parity between Asian and white applicants, saying almost nothing about the former. But without explaining why it is normatively (and legally) justifiable to reject this principle as the instantiation of what equal protection demands--in this domain and between these groups--the opinion fails to address the central issue in the case.

The statistical evidence showing that Harvard is pursuing racial diversity in the context of racial inequality is not inconsistent with their admissions officers harboring and relying on stereotypes about Asian applicants. Indeed, it would be surprising if this was not the case, given that living in a racialized society means that we all harbor stereotypes about racial groups. But the mathematical upshot of pursuing racial diversity given the distribution of the academic credentials by group has similar implications for evaluating the statistical evidence showing that conditional statistical parity is violated between groups in the “personal” and “overall” ratings as it was for the probability of admission. If one group makes out a very high proportion of the top ranking along one dimension--namely academic ratings--and if ordinal ranking on the other rankings is done to narrow the class of eligible candidates in order to award a scarce resource (admission), those rankings must necessarily reflect other diversity criteria the institution purports to value. That is, one would expect that some of the other metrics used to quantify the value that “personal” dimensions would add to Harvard's diversity goal to be positively correlated with membership in the groups that would be underrepresented if Harvard just relied on academic metrics.

One might even see the personally demeaning character of having to value racial diversity through assignment of some amorphous thing called “personal rating,” the upshot of the Supreme Court's disjointed doctrine. The Court's affirmative action doctrine disallows universities from pursuing a “quota or a goal” in racial composition, or engaging in “racial balancing,” but does allow for consideration of race as “but a 'factor of a factor of a factor’ in the holistic-review calculus.” As foreshadowed by the dissenting Justices in Gratz, the Court's prior decisions demand admissions procedures that necessarily suffer from the “disadvantage of deliberate obfuscation.” In this case, there is a dignitary distortion to applicants on the basis of race when the only way to pursue the laudable and constitutional goal of diversity involves devaluing other applicants on the basis of an assessment of unnamed “personal” traits.

This leads to a final question: Is there no way Harvard can achieve racial diversity using race-neutral means? For the life of me, I have never understood what a speaker could possibly mean by the designation of certain factors as “race-neutral” in the context of exploring mechanisms that can achieve racial diversity. If the factor is not correlated with race and there is no social mechanism connecting race and the factor, then it will not, by definition, serve any function whatsoever towards the goal of achieving racial diversity. If the factor is correlated with race and if there is a social mechanism that produces that correlation (as opposed to it being a random statistical fluke), it cannot be reasonably labeled “race-neutral.” There is no “race-neutral” means of achieving the end of racial diversity. To insist on individualism, colorblindness, race neutrality, and the like in the face of a charge of racial injustice is nonresponsive. It can mean one of two things: either the speaker does not understand what the form of groupness called 'race’ references in our society, or the speaker understands, and nevertheless thinks zero weight should be given to that form of groupness in moral and political affairs. The only way to argue about what racial equality or nondiscrimination requires is to first inquire into how that form of social groupness is currently constituted, and then to debate what is fair and just in a specific domain given those facts.