Getting at the Root Instead of the Branch: Extinguishing the Stereotype of Black Intellectual Inferiority in American Education, a Long-ignored Transitional Justice Project

Excerpted From: Camille Lamar Campbell, Getting at the Root Instead of the Branch: Extinguishing the Stereotype of Black Intellectual Inferiority in American Education, a Long-ignored Transitional Justice Project, 38 Law & Inequality: A Journal of Theory and Practice 1 (Summer, 2020) (372 Footnotes) (Full Document) 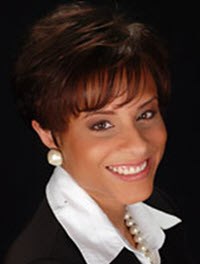 Once a great wrong has been done, it never dies. People speak the words of peace, but their hearts do not forgive. Generations perform ceremonies of reconciliation but there is no end.  --Paule Marshall

Desegregation is not and was never expected to be an easy task. Racial attitudes ingrained in our Nation's childhood and adolescence are not quickly thrown aside in its middle years. --Justice Thurgood Marshall

These quotes from two Marshalls--one, a literary giant, and the other, a legal one--highlight the power of collective memory and racial bias to thwart remedial efforts eradicating discrimination. Their lamentations about the difficulties of reconciliation have modern-day application. For example, sixty-five years after the Supreme Court's monumental decision in Brown v. Board of Education (Brown I), present-day commentators and even a Supreme Court Justice almost unanimously conclude that Brown I's promise of educational equity is as elusive today as it was in 1954. This Article advances a theory about the elusiveness of Brown I's promise using the analytical framework of transitional justice. Transitional justice is extraordinary justice triggered by transitions from repressive political regimes characterized by massive human rights violations to more democratic forms of government. Once triggered, it creates an imperative for comprehensive government sanctioned remedial efforts, such as truth and reconciliation commissions, to eradicate societal stereotypes and biases that justified the massive human rights violations of the predecessor regime.

The Supreme Court's decision in Brown I was the beginning of a transitional period in American education. The shift from Jim Crow segregation--a sociopolitical regime that nullified the mandates of the Thirteenth, Fourteenth, and Fifteenth Amendments and their promise of full legal inclusion for Black Americans--was no mundane political transition, but a radical, paradigmatic one triggering transitional justice. However, despite Brown I's transitional character, the Court's mandate to end segregation “with all deliberate speed” announced in Brown v. Board of Education (Brown II) and its judicially-fashioned remedy of integration did little to describe, to account for, or to establish a legal framework for correcting societal attitudes about Black intellectual inferiority that spawned the adoption of segregation as an educational policy. Consequently, American public schools remain in transition. A perennially transitional system of public education that burdens Black students with the yoke of an insidious stereotype injures all students and threatens the egalitarian ideals of public education. Consequently, extinguishing the stereotype of Black intellectual inferiority in American education remains “a long-ignored transitional justice project.”

Given transitional justice's broad remedial focus, changing the law without other efforts to rectify the psychic injuries inflicted by stereotypes and biases leaves victimized communities without an adequate remedy for government-sanctioned wrongdoing. Unlike retributive justice with its focus on punishing individual offenders or restorative justice with its focus on restoring relationships, transitional justice has a much broader remedial focus: societal transformation. To achieve social transformation, successor political regimes adopt a comprehensive agenda of transitional practices to address human rights violations, heal fragmented societies, and regain the credibility of their citizens. Scholars have not traditionally applied transitional justice's broad remedial scope to established democracies, such as Australia, Canada, England, New Zealand, and the United States. Nevertheless, established democracies that remain fractured by long-standing, pervasive civil rights violations against historically marginalized groups have wholeheartedly endorsed transitional justice inspired initiatives. Despite the proliferation of these initiatives in other democratic countries, the United States government has taken a piecemeal approach to addressing its history of wrongdoing against Black Americans and other historically marginalized communities, relying on the rule of law as the exclusive vehicle for eradicating stereotypes about Black intellectual inferiority. However, connecting Black Americans' quest for educational equity to the larger struggle for international human rights will bring a fresh perspective to contemporary discussions about the elusiveness of Brown's unfulfilled promises and equip education reformers with an arsenal of transitional justice practices to tackle stereotypes of Black intellectual inferiority at the root of systemic inequalities in public education.

This Article builds upon prior applications of transitional justice principles to the desegregation of the United States' public schools in two substantial ways. First, it incorporates normative understandings of transitional justice that have emerged since these initial scholarly insights. Second, it substantiates the validity of the comparison and then moves beyond theoretical considerations to more practical applications. This Article proceeds in four remaining parts.

Part I outlines some central transitional justice tenets and their modern-day application to stable democracies.

Part II argues that Brown I triggered the beginning of a transitional period in American society and its system of public education and then critiques the transitional deficiencies in the Supreme Court's desegregation jurisprudence. The last two sections connect the past to the present.

Part III discusses some of the present-day educational consequences of these transitional deficiencies, and the conclusion proposes a preliminary framework acknowledging the legacy and dangers of racial stereotyping in American education.

Though deeply flawed, Brown I's enduring legacy is its character as a transitional legal rule that “remains a pivotal moment in the struggle for racial justice,” triggering a “movement that overturned Jim Crow in the South and sparked a revolution ... that transformed America's social and political landscape.” However, a society and system of public education in perennial transition dishonor Brown I's equitable imperative as a transitional legal rule “to face our past squarely, commit the resources necessary to changing the deplorable inequalities of the present, and embrace an underlying commitment to substantive equality.” Furthermore, the Federal Government should demonstrate an undaunted commitment to eradicating stereotypes of intellectual inferiority at the root of Jim Crow segregation that is not premised on altruism or paternalism toward Black Americans but on strengthening democracy so that it lives up to its egalitarian and liberalizing ideals. In his dissent to Milliken v. Bradley, Justice Marshall argued that “unless our children begin to learn together, there is little hope that our people will ever learn to live together.” Marshall's argument invokes the inherently political aspect of Brown I that is often obscured in contemporary discussions: the threat that de jure segregation and its ideology of Black inferiority poses to democratic ideals and to the primary function of public education as preparing students of all races to be good citizens. Consequently, as scholar Jerry Rosiek argues so persuasively, unaddressed stereotypes and attitudes of Black intellectual inferiority are detrimental to the well-being of all students:

[T]hese tacit curricular messages [of inferiority] affect students of all races ... cast into doubt the familiar story, often taught in schools, of steady progress toward racial justice ... [but] [p]erhaps most problematically, they normalize racial segregation for all students in these schools and make it easier to accept it in other parts of their lives.

If students of all races begin to accept racial segregation as a normalized part of United States' schools and society, societal transformation will remain elusive, facilitating what Canadian scholars Frances Henry and Carol Tator describe as democratic racism that “further[s] the interests, and increase[es] the power, of the dominant group while maintaining a veneer of democracy.” A veneer of democracy perpetuates a Plessy-like dichotomy between legal and social equality and creates a separatist world that poses the same threat to authentic democracy as it did in 1954.