The Human Right to Education: Definition, Research and Annotated Bibliography 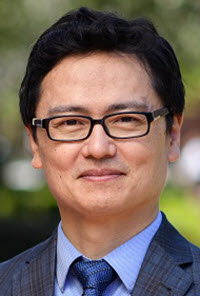 Until the early twentieth century, education was a privilege only allowed to certain classes of a society. While some countries such as Germany tried to enlighten the general public as well by starting mandatory public education in the eighteenth century, this existed formally by law and was not fully implemented. To make it worse, states indoctrinate authoritarian ideas through education, a problem which international law could not effectively regulate because it could not pierce sovereigns in human rights issues before the United Nations Charter and 1948 Universal Declaration of Human Rights (UDHR) which specifically provides a human right to education under Article 26. The United States also does not recognize the right to education in its Constitution and federal statutes; rather, U.S. law reserves the power to confer a right to education to the individual states, which makes its protection inconsistent among U.S. states and meaningless. To have a better understanding of the right to education, there is no choice but to get its definition from international law, especially human rights instruments, which provides a more consistent approach to the right to education among states and better protection to humans around the world. Laws from other foreign countries and their implementation of human rights principles should also be considered in order to understand the right to education.

While the role and function of education to enhance and develop human abilities, consciousness, identity, integrity, potential, and even power cannot be emphasized enough; no literature nor instrument comprehensively and consistently provides a definition of education. Human rights instruments only provide functional and narrow definitions of education and leave room for various interpretations. This inconsistent approach to the human right to education is more harmful than beneficial in terms of application and implementation. Just as the International Bill of Human Rights organizes human rights into two pillars of rights-- civil and political rights; and, second, economic, social, and cultural rights--education should also be defined by using two different lenses of positive and negative rights. Further, uniform indoctrination of authoritarian ideas--whether racial, religious, or communistic--should be regulated within the definition of education. The new definition of education should reflect the purpose, function, quantity, quality, access, subjects, and contents which the human right to education attempts to protect, prohibit, and provide.

Numerous international instruments, articles, treatises, and national laws relating to the human right to education have been drafted and published since World War II. International law has been used to pierce state sovereignty to protect a state's citizens against the abusive use of state powers. Accordingly, research in this field to protect the human right to education has become diversified, complicated, and interdisciplinary. Research has focused on outcomes or contexts of education, applying a wide variety of theories including human capital theories, theories of consciousness-raising, and Neo-Weberian and non-Marxist theories. Further, international instruments should be considered holistically, including treaties, international custom, general principles of law, cases, and soft law from various intergovernmental and nongovernmental organization reports and documents. Domestic laws, including state law and local ordinances, should also be considered because the legal right to education is applied and implemented differently among different states.

Considering a wide variety of international instruments and literature, this Article attempts to provide a comprehensive and consistent definition of the human right to education. It provides an annotated bibliography of journal articles, treatises, reports, and documents available online to facilitate the research of scholars and practitioners in this field. It also includes a list of primary source instruments with domestic laws of selective countries.

Once again, education is:

(1) an instrument and process of teaching and learning at an institution--whether elementary, secondary, or tertiary--

(2) possessing the interrelated and essential features of availability, accessibility, acceptability, and adaptability,

(3) in which a human person or a group of persons develop its knowledge, abilities, and skills with the aims (a) of respect for human rights and fundamental freedoms;

(b) to fully develop the human personality;

(c) to promote tolerance, gender equality, and friendship among all nations and groups of people; and

(d) to enable people to participate effectively in a free society, and to enable the maintenance of peace in a globalized society.

Research difficulty also originates from the fact that numerous international instruments, articles, treatises, and national laws relating to the human right to education have been drafted and published; they are not organized in one place in a consistent way. International law has been used to pierce state sovereignty to protect a state's citizens against the abusive use of state powers. International instruments should be considered all together, including treaties, international custom, general principles of law, cases, and soft law from various intergovernmental and nongovernmental organization reports and documents. Domestic laws and local state laws should also be considered.

Jootaek Lee is an Assistant Professor and Law Librarian at Rutgers Law School.