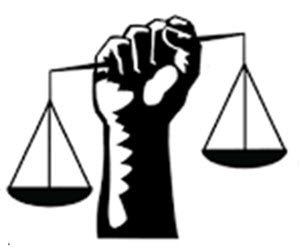 Black law students encounter unique obstacles that leave them with some of the highest non-transfer attrition rates among all groups. Theories have emerged alleging that Black law students are simply ill-suited for the educational environments they are accepted into. However, these theories fail to acknowledge the added pressures that accompany being a Black law student. The systems of racial discrimination present today, created in slavery and written into the laws Americans live by, have long been present in America's educational history. These systems create atmospheres where Black law students struggle to integrate. Without more, Affirmative Action as it stands is ill-equipped to fix the existing systems. As a result, the racially discriminatory effects Affirmative Action programs are trying to eradicate are cited as justifications for removing “unnecessary” Affirmative Action policies.

The implementation of Affirmative Action is not the reason why attrition rates are so high, but rather, it is because of the lack of continued support to bolster the program. On its own, Affirmative Action cannot cure the isolation of a Black law student; it cannot speak up for Black law students who fall victim to implicit biases or overt acts of discrimination; it cannot fix racially skewed LSAT questions or U.S. News rankings-driven school administrator tendencies. A plan that truly desires to reduce the racial divide in American law schools requires a collaborative effort from all parties involved, starting with open discussion.

This article begins this discussion by outlining the history behind the creation and implementation of Affirmative Action in the school setting, followed by a detailed look into the statistical discrepancies that highlight the issues. Finally, a discussion of the extracurricular pressures on law students will inform the conclusion that the current diversity framework is tailored to fail and is directly responsible for the high attrition rates observed among Black law students.

LSAT scores, U.S. News rankings, peer isolation, insistence on admissions policy consistency, and generally discriminatory attitudes, all create law school environments that are inherently detrimental to Black law students, making it nearly impossible to succeed. While some may argue that African American law students are simply ill-suited for the academic rigor, the more likely explanation, backed by the statistics, is that the law school system is flawed and designed in a detrimental way. The problem is not that Affirmative Action does not work within our American system of education, but rather, that the American system is poorly suited for Affirmative Action. Unless the country is willing to move forward and continue to strive for racial diversity in the law school setting, Affirmative Action will never be successful, and Black law students will continue to suffer at the hands of inaction.