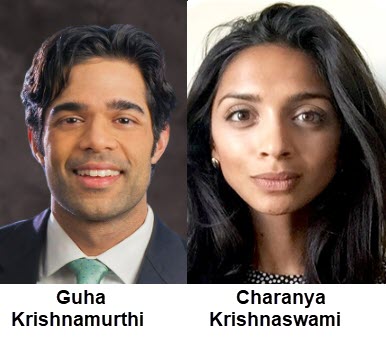 In the summer of 2020, a report of workplace discrimination roiled Silicon Valley and the tech world. An employee at Cisco Systems, Inc. (Cisco), known only as John Doe, alleged he had suffered an insidious pattern of discrimination--paid less, cut out of opportunities, marginalized by coworkers--based on his caste. Consequently, the California Department of Fair Employment and Housing (DFEH) brought suit against Cisco, alleging that the employee's managers and (thus) Cisco had engaged in unlawful employment discrimination. Doe is a Dalit Indian. Dalits were once referred to as “untouchables” under the South Asian caste system; they suffered and continue to suffer unthinkable caste-based oppression in India and elsewhere in the Subcontinent. Doe claims that two managers, also from India but belonging to a dominant caste, denigrated him based on his Dalit background, denied him promotions, and retaliated against him when he complained of the discriminatory treatment. Thereafter, a group of thirty women engineers who identify as Dalit and who work for tech companies like Google, Apple, Microsoft, and Cisco shared an anonymous statement with the Washington Post explaining the caste bias they have faced in the workplace and calling for the tech industry to be better.

This Essay continues in two Parts. In Part I, we explain the basic contours and characteristics of the South Asian caste system and detail the reach and impact of caste in the United States. In Part II, we explain how caste discrimination is, as a legal matter, cognizable under Title VII as discrimination based on “race,” “religion,” or “national origin,” following the Supreme Court's teaching in Bostock v. Clayton County, in which the Court found that sexual orientation discrimination is a type of sex discrimination. We briefly conclude, contending that, despite the coverage of caste discrimination under federal law, the U.S. Equal Employment Opportunity Commission (EEOC) or Congress should provide further clear guidance--and in doing so consider other kinds of discrimination throughout the world that should be explicitly prohibited in the United States. While addressing claims of caste discrimination through Title VII enforcement is just one of many steps that must be taken to eradicate caste-based discrimination, naming caste as a prohibited basis on which to discriminate has the added value of increasing public consciousness about a phenomenon that, at least in U.S. workplaces, remains invisible to many.

While these arguments are strong, given that judicial interpretation of Title VII's protections are in flux, the surest way to ensure that workers who experience caste discrimination are able to access recourse is to explicitly enshrine “caste” as a prohibited basis of discrimination, in both executive-branch policy and in the text of Title VII itself. The EEOC could issue an opinion letter or guidance clarifying that Title VII's provisions prohibiting race, national origin, and/or religious discrimination forbid discrimination on the basis of caste. An even stronger protection, of course, would be for Congress to pass legislation that explicitly states that caste discrimination is unlawful under Title VII. Even in this time of extreme partisanship, this is uncontroversial and should garner bipartisan support. Furthermore, though we do not contend that EEOC guidance or amending Title VII thusly would serve as a magic-bullet solution to a complicated, deep-rooted problem, it would have an important signaling effect, putting workplaces on notice that caste-based discrimination is real and must be vigilantly addressed. Finally, although we address South Asian caste discrimination in particular, there are other types of “caste” and ancestry discrimination that occur around the globe. We think that this case study of caste discrimination, and how it may be addressed by Title VII, applies generally. In that spirit, both the executive branch and Congress should act to clarify that all varieties of global “caste” discrimination are unlawful and intolerable in a just society.

J.D., 2013, Yale Law School. The views expressed in this Essay represent solely the personal views of the authors.

The South Asian caste system was and is a paradigm of injustice. It has perpetuated incomprehensible suffering. We wish to acknowledge that we are, as a matter of ancestry, members of the dominant Brahmin caste--a designation that has conferred upon us systemic privilege we have done nothing to deserve.