Mori Women, Discrimination and Paid Work: The Need for an Intersectional Approach 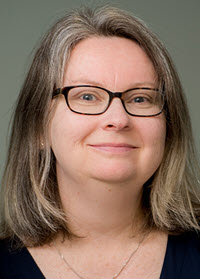 It is an established fact that M ori women are socio-economically worse off on a range of measures than women of other ethnicities. M ori women are particularly disadvantaged in employment, even relative to M ori men. For example, young M ori women under 25 have an unemployment rate of 23.6 per cent. More generally, M ori unemployment is twice as high as the rate for all other ethnic groups and proportionately, M ori workers have the highest incidence of work in temporary jobs and are exposed to higher levels of insecurity and precarity than workers of other ethnicities. M ori are also more likely to report experiencing discrimination in the workplace than Europeans.

As noted by Gordon Anderson, labour law plays a central role in protecting working peoples' access to the material conditions of life and the failure of law to protect the access of M ori women to this is troubling. Furthermore, art 3 of the Treaty of Waitangi affirms the principle of equality and non-discrimination between New Zealanders. The current disadvantaged socio-economic position of M ori women is inconsistent with this. New Zealand is also bound under various ratified international human rights instruments to improve the position of M ori and it has been noted on numerous occasions that New Zealand is not living up to these obligations. For example, the UN Committee on the Elimination of Racial Discrimination has recommended that New Zealand "should intensify efforts to improve the outcomes of ... M ori ... in the fields of employment, health and in the administration of criminal justice". The Special Rapporteur on the United Nations Declaration on the Rights of Indigenous People has commented that the most notable way in which New Zealand's obligations are not being met is "the extreme disadvantage in the social and economic conditions of M ori people in comparison to the rest of New Zealand society". The UN Committee on the Convention on Elimination of Discrimination Against Women has also identified the disadvantage of M ori women as problematic and has indicated there is reason to believe M ori women may be vulnerable to multiple forms of discrimination due to the intersections between their identities as women, as caregivers and as M ori. This is consistent with an extensive body of research which suggests that ethnic women are typically subject to multiple, intersecting forms of disadvantage in a range of settings.

This article focuses on M ori women because the Treaty, and other international obligations, add weight to the more general argument that New Zealand law does not adequately acknowledge or address intersectional discrimination in employment. However, there are other groups in New Zealand who are also marginalised in the labour market. Pacific women and the disabled are two notable examples. Broader recognition of the effects of intersectional discrimination for these groups (and others) as well as concerted effort to address this are also essential.

The article is divided into the following sections:

• Part II expands on the concepts of intersectional disadvantage and its implications for M ori women.

• Part III considers the law around discrimination in an employment context and suggests that, while it does not preclude intersectional claims, it could be strengthened.

• Part IV comments on the need for other measures and proposes some complementary or alternative mechanisms to litigation.

• Part V discusses the importance of adequate resourcing for the Human Rights Commission.

New Zealand prides itself on its reputation as a world leader in the area of human rights. However, this pride is misplaced when the issue of intersectional disadvantage is brought to the fore; New Zealand lags behind other similar jurisdictions in its recognition of the impact of intersectional disadvantage and in its jurisprudence in this area. New Zealand diversity initiatives largely focus on persuading employers of the business case for diversity, but this is a political choice. If the political will were present, a range of other options exists. The strategies for law reform described above could go some way towards addressing intersectional discrimination. They would also demonstrate an important symbolic commitment to the principles of equality, non-discrimination, social justice and respect for the individual dignity and human rights of workers.