The Never-ending Grasp of the Prison Walls: Banning the Box on Housing Applications 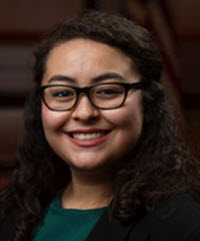 [. . .] Incarcerated individuals, in theory, have already served their sentences when they leave prison. Unfortunately, the formerly incarcerated become victims to a variety of collateral consequences preventing them from being contributing members of society. The community should assist those leaving prison to reintegrate, rather than continue to perpetuate the prison walls. By denying housing to individuals, we are punishing them beyond the scope of the law. If we truly care about public safety, then as a society we must continue fighting for the rights of the previously incarcerated, especially when it comes to a basic need such as housing.

In a criminal prosecution, the United States Constitution grants the accused the right to a speedy and public trial. An impartial jury judges the accused and the accused has the opportunity to obtain witnesses in their favor. The application of this right should extend to housing. When an individual applies for housing, they should feel confident that they will be judged by an impartial person. They should feel confident knowing that even though they have a criminal record, they will be able to provide mitigating evidence as to why they deserve to have housing.

The conversation begins by exploring the history of massincarceration and how it still has an impact on individuals.

Section II focuses on the exclusion of those with criminal records from housing.

Section III will delve into how the “Ban the Box” movement is implemented, the effects it has on employment, and how it can be mirrored in housing applications.

Section IV will emphasize why “Ban the Box” must be implemented in housing applications.

Section V will explore what factors will ensure the success of “Ban the Box.”

Lastly, Section VI will give a brief overview on how “Ban the Box” will affect sex offenders. Though sex offenders will not be the main focus of this Comment, they are an important group that must be considered and discussed. “Ban the Box” is not meant to cure all forms of discrimination, but it will be an avenue to inform housing authorities and landlords how to effectively implement fair housing policies.

“Ban the Box” is a nationwide movement allowing the previously incarcerated to reclaim basic human needs. By focusing on employment and housing, they can have a better opportunity at successful reentry. has created an overwhelming issue where millions of individuals have been incarcerated, mostly for drug offenses. But the issue goes beyond incarceration rates. As more individuals leave prison, they enter a world where returning to prison is always within reach. They leave prison with no resources, no support, and the mark of a criminal record.

The United States must continue to implement policies and programs to give these individuals an opportunity to reintegrate and become full members of society. Without successful reentry programs, families and children become victims of the system as well. Without “Ban the Box,” we are setting the previously incarcerated up for failure--leaving them with no support in finding a job or in receiving housing. All they have left is what they have known, returning to the life of crime.

Often, as individuals, we are so easy to judge. We immediately blame the individual for choosing to disobey the law, but fail to recognize all the factors that the individual faces. People of color often face racial profiling, low opportunities, and zero support. Incarceration affects children, families, and the community. Without proper reentry programs, children become susceptible to incarceration and lower standards of living. The current system has created a never-ending cycle of incarceration. If more reentry programs are implemented, we can lower poverty rates, crime rates, and incarceration rates. “Ban the Box” is one step forward in addressing the cycle of incarceration.

“Ban the Box” in housing will allow the previously incarcerated to have some place of stability. It will be their place to escape all issues around them and focus on turning around their lives. For individuals with families, this new regulation will allow them to stay together, rather than force them to leave and find a new place to stay. Housing is vital to integration, and with the proposed guidelines--provided by “Ban the Box”--landlords will have more direction in implementing the 2016 HUD Guidance. The HUD Guidance is one step in the right direction, but “Ban the Box” will bridge the gap in ensuring that those with criminal records have a fair opportunity at housing.

If “Ban the Box” is to succeed, PHAs, landlords, project owners, and parole officers must come together as one. They each have first-hand knowledge of what is useful and helpful for the previously incarcerated to succeed. Together they can cut off the strong grasp that prison has on individuals and allow them to truly move forward and leave the prison walls behind.