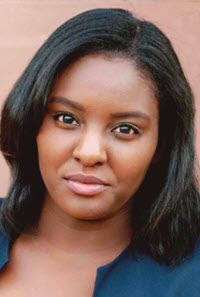 On February 26, 2012, George Zimmerman attacked and fatally shot Trayvon Martin in Sanford, Florida. The seventeen-year-old boy was only carrying an Arizona Iced Tea and a bag of Skittles when Zimmerman killed him. In 2013, Zimmerman was charged, inter alia, with second-degree murder in Florida v. Zimmerman. That July, a six-person jury found Zimmerman not guilty on all charges. The night of the verdict was a turning point that shifted the minds of many in Black America. That night, Alicia Garza, a civil rights activist and community organizer, wrote in a Facebook post “a love letter to black people.” In that post, she affirmed the Black community of its worth, writing “black lives matter.” The phrase had never before been used. August 9, 2014, a different shift happened--this time, a shift in the movement of Black America. In Ferguson, Missouri, police officer Darren Wilson killed Michael Brown, an eighteen-year-old Black boy, by gunshot. Ferguson became ground zero, as a nationwide movement against police brutality and anti-Black racism engulfed the United States of America. That same year, police killed forty-three-year-old Eric Garner in Staten Island, New York, and twelve-year-old Tamir Rice in Cleveland, Ohio. Eric Garner, Mike Brown, and Tamir Rice joined Trayvon Martin in becoming household names and faces. The stories of those and other Black men and boys killed by the police became “an impetus for public policy debates on the future of police in America.” Black America was rightfully disturbed by the unjust police killings of Black men and boys, the country was largely silent about the 2014 police killings of several Black women and girls, including Gabriella Nevarez, Aura Rosser, Michelle Cusseaux, and Tanisha Anderson. Recognizing the lack of discussion and visibility of Black women and girls, the African American Policy Forum and the Center for Intersectionality and Social Policy Studies launched the #SayHerName campaign in December 2014. The campaign works to bring awareness and visibility to these Black women and girls and their stories and support a gender-inclusive approach to racial justice that centers all Black lives equally. conversation about police brutality in the United States centers on Black men and boys and how they are systematically criminalized and feared by the state and the country. Black women and girls have also been killed by the police and disproportionately subjected to police brutality; however, their names and, much more, their stories are rarely heard. Neither the “killings of Black women, nor the lack of accountability for them, have been widely elevated as exemplars of the systemic police brutality that is currently the focal point of mass protest and policy reform efforts.” This disparity in discourse indicates that Black women and their experiences are invisible.

Part II of this article defines and outlines intersectionality, the legal theory through which society and the law see Black women and their unique experiences.

Part III uses the intersectionality framework to examine the unique challenges Black women face in the domains of employment discrimination and police brutality.

Part IV examines, through the lens of narrative and storytelling, how historically false narratives have contributed to existing intersectional injustices Black women face in employment discrimination and police brutality.

Part V argues that until society and the law acknowledge and account for the lies, omissions, and their implications for Black women, Black women will continue to suffer from invisibility. By unearthing the lies and contextualizing them, society and the law can be better informed on how to address and remedy the injustices brought on by intersectional issues.

In seeking to make a living and claim space in social justice movements, Black women are fighting for visibility in their life and death. Black women have a unique identity because they are at the intersection of at least two protected categories: race and gender. However, the country's legal system and social justice movements do little to see Black women and their unique identity in that intersection. This invisibility precludes Black women from enjoying legal protections, social value, and, ultimately, freedom. Black people cannot be free until all Black people are free. True liberation can only be found by first unearthing historical lies and omissions that inform and have formed today's problems. After that unearthing, society must tell the truth and do the work to make its spaces more inclusive of those in the intersection.