Trauma: Community of Color Exposure to the Criminal Justice System as an Adverse Childhood Experience 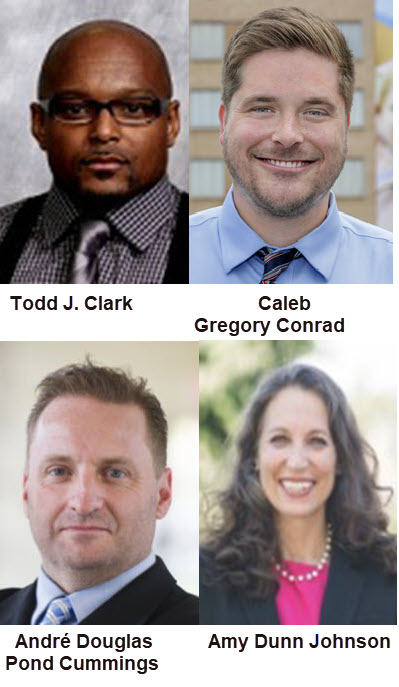 The reality that traumatic childhood experiences are directly linked to negative health outcomes has been known and widely recognized in public health and clinical literature for more than two decades. Adverse Childhood Experiences (“ACEs”) represent the “single greatest unaddressed public health threat facing our nation today” according to Dr. Robert Block, former President of the American Academy of Pediatrics. ACEs are traumatic events that occur in early childhood, which can range from abuse and neglect to experiences derived from household and community dysfunction, such as losing a caregiver, being incarcerated, or living with a household member suffering from mental illness. The prevailing framework for addressing the ACEs crisis has been a medical model focused on after-the-fact interventions for individual survivors, rather than a model targeted at upstream, systemic issues that directly contribute to the trauma that individuals, families, and communities collectively suffer.

More recently, literature has begun to explore the connection between trauma and race, outlining how structural violence, generational poverty, and historical trauma is often suffered both at the individual and community levels, focusing particularly on the traumas of violence and discrimination experienced by Black, indigenous, and persons of color. Such work has largely focused on improving economic opportunities for trauma-stricken communities, improving the physical/built environment, and supporting the development of healthy social-cultural environments.

Largely absent from the body of work on the causes and impact of childhood trauma, however, is the exploration of how the United States justice system is at the epicenter of the current childhood trauma crisis. Each childhood experience described in screening instruments, which were used over the years to identify trauma, has a direct and undeniable nexus to the justice system. This nexus is evident for the abuse survivor seeking to escape her abuser through an order of protection; for the divorcing parents in a bitter custody battle; for children who land in the foster care system when their parents are incapacitated by substance abuse disorders; for those who end up with criminal justice involvement for nonviolent offenses involving mere possession of drugs; and for the Black men and women who are sentenced to longer and more harsh sentences than their white counterparts at rates that are grossly disproportionate to the racial make-up of the overall population as well as the incidence of criminal behavior among all races.

Before now there has been no concerted effort to examine the role that our criminal justice system plays in actively visiting harm on children and youth of color, who experience traumatic interactions with law enforcement officers and the judiciary at alarming rates significantly greater than those experienced by non-minority children and youth. If we as a society are committed to treating ACEs as the public health crisis that they represent, then it is incumbent upon our legal system to examine where and how it is complicit in perpetuating trauma upon children of color. Additionally, the legal system must address how it should intervene--both at the individual and structural levels--to eliminate practices that are contributing to multi-generational cycles of trauma. The legal system must affirmatively equip those with justice-system involvement to succeed and build the individual and community resilience necessary to heal those who have been stricken by system-induced trauma and its life-long negative consequences.

Our country is facing a racial reckoning, with the highly publicized extrajudicial police killings of countless Black men, women, and children. This reckoning underscores how policing and the criminal justice system routinely traumatize both the subjects of the direct encounter and children who witness and experience these killings who may be left fatherless or motherless as a result of a deadly encounter or subsequent incarceration. The Black community is further re-traumatized by the constant barrage of news accounts, now often accompanied by horrific video footage. Indeed, it is the responsibility of our justice system, as a major contributor to so-called “social determinants of health,” to tackle this crisis directly. This piece purports to begin this intervention, starting with a focus on the criminal justice system.

Part I of this Article begins by providing an in-depth examination of ACEs research, including the link between high ACE scores and poor health outcomes, the short-term and long-term effects of trauma and toxic stress, and the prevalence of trauma in the Black community. Part II discusses anti-Black policing and how current law enforcement traumatizes communities of color and their children often by design. Part III describes how criminal charging, jailing, and sentencing traditions have disproportionately targeted Black men, contributing to the trauma that their children and families experience with the loss of a loved one to death or incarceration. Part IV argues that minority childhood and youth exposure to U.S. law enforcement agents and the justice system at large actually functions as an ACE for youth of color in a way that is not present for non-minority youth and, as such, should be added to the list of ACEs that are formally recognized by public health officials. Finally, Part V proposes how to reframe and reimagine policing in the United States and reform the criminal justice system so that the trauma it inflicts upon children of color and resulting racial health disparities can be significantly mitigated.

Clinicians are just beginning to recognize the role that criminal justice involvement, through police encounters and mass incarceration, plays in generating negative health outcomes for individuals and communities of color. The clear connection between the pervasiveness of these encounters, the lasting trauma that they inflict, and the associated racial disparities in health outcomes is nothing short of a public health crisis that demands our immediate attention. Police encounters affecting Black children and adolescents should be recognized as an Adverse Childhood Experience. Black defendants interfacing with the criminal justice system and all of its attendant inequities should be recognized as an Adverse Childhood Experience.

While the origins of the research into the connections between police encounters, criminal justice system exposure, and negative health have been clinical, the root causes of this trauma lie far beyond the reach of health care professionals. Its status within the legal system necessitates that actors within the legal system--from police to prosecuting attorneys and public defenders to judges--understand their role and affirmatively work, with the benefit of evidence-based research, to eliminate the childhood traumas that the legal system and its criminal justice system create.