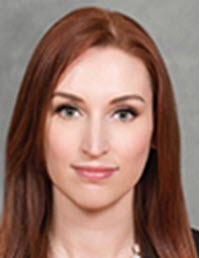 Historically, state courts have exercised jurisdiction over issues in family law. Federal courts, in most cases, have left the resolution of domestic relation disputes up to state legislatures and courts. This is due to the expertise of state courts and the federal court system's dislike in deciding family law issues. Nevertheless, in 1978, Congress passed the Indian Child Welfare Act ("ICWA" or "Act") to address the alarming rate of separation of Indian children from their families and tribes.

The purpose of the Act was,

to protect the best interests of Indian children and to promote the stability of Indian tribes and families by the establishment of minimum Federal standards for the removal of Indian children from their families and the placement of such children in foster or adoptive homes which will reflect the unique values of Indian culture.

However, not all state courts have accepted the implementation of the Act. In fact, some state courts have pushed back against the ICWA because of their traditional jurisdiction over family law matters. Unfortunately, this has resulted in a patchwork of state violations of the ICWA.

Preliminarily, a short explanation of some of the Act's provisions may be beneficial. The ICWA applies to Indian child custody proceedings. "Child custody proceedings" refers to adoptive placement proceedings, the termination of parental rights, and foster care placement. The Act defines an "Indian child" as "any unmarried person who is under age eighteen and is either (1) a member of an Indian tribe or (2) is eligible for membership in an Indian tribe and is the biological child of a member/citizen of an Indian tribe." An "Indian tribe" is defined by the Act as "any Indian tribe, band, nation, or other organized group or community of Indians federally recognized as eligible for the services provided to Indians by the Secretary because of their status as Indians."

Since the Act passed, the Supreme Court has heard a limited number of cases involving the ICWA, leaving state courts and tribal courts mostly to their own devices to interpret the various terms and standards within the Act. This Comment focuses on a small portion of the ICWA, section 1912(d), which states:

Any party seeking to effect a foster care placement of, or termination of parental rights to, an Indian child under State law shall satisfy the court that active efforts have been made to provide remedial services and rehabilitative programs designed to prevent the breakup of the Indian family and that these efforts have proved unsuccessful.

For almost forty-one years, the ICWA has served as a critical protection for Native American families and children. The Act has been described as the gold standard in child-welfare policy. The BIA's release of a Final Rule and new Guidelines in 2016 was a step in the right direction for providing justice to Indian children. However, the work is not over. State courts and agencies should work for uniform application and cultural sensitivity when applying the ICWA.

The future of the ICWA is currently at a crossroads. While many support the purpose of the ICWA, there are also those who greatly oppose it. Overall, attorneys, judges, and social services workers should be mindful that the new ICWA Rule does exist and it is binding. Within the coming years, more changes to the ICWA will likely occur. The different applications of the ICWA among state courts is an issue that is evolving, for those working in state courts and those who are interested in Indian affairs. However, for now, courts and practitioners within Illinois should be aware of the new rules and the requirement for active efforts.

The 2016 Guidelines and Final Rule are a significant departure from the ways of the past. It is an attempt to right old wrongs and ensure justice by establishing uniformity. However, just as history has demonstrated, the laws are only successful if appropriately applied. While the Guidelines provide that active efforts, rather than reasonable efforts, should be utilized, a number of states, like Illinois, have applied their typical reasonable efforts standards in ICWA cases and commentators have noted that many attorneys, judges, and child-welfare officials are either unaware that the ICWA uses a different standard or they believe that the difference is unimportant. The ICWA may never be a model of perfect state compliance. Nevertheless, steps can be taken to improve compliance and remedy the issues created when the ICWA is not followed. Illinois should recognize that the new Guidelines and Final Rule were created with Native American children and families in mind, and the processes within the rules must be followed to achieve tangible benefits and results.