The Rise of Zero Tolerance and the Demise of Family 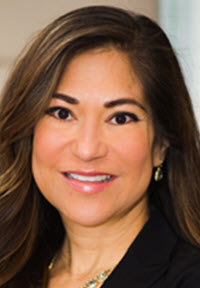 A Honduran mother and child recently crossed the United States (U.S.)-Mexico border. After declaring to U.S. Customs and Border Protection (CBP) officials her intent to seek asylum based on being the target of violence in her home country, the mother and her eighteen-month-old son were transferred to a holding facility where they spent the night together. The mother, Mirian, recounts what happened next:

When we woke up the next morning, immigration officers brought us outside where there were two government cars waiting. They said that I would be going to one place, and my son would go to another. I asked why repeatedly, but they didn't give me a reason. The officers forced me to strap my son into a car seat. As I looked for the buckles, my hands shook, and my son started to cry. Without giving me even a moment to comfort him, the officer shut the door. I could see my son through the window, looking back at me--waiting for me to get in the car with him--but I wasn't allowed to. He was screaming as the car drove away. Just like the myriad stories told in the spring and summer of 2018 under the Trump Administration's zero-tolerance prosecution policy (the Zero Tolerance Prosecution Policy), Mirian's story of forced separation from her child displays the cruelty of the U.S. government's actions against immigrant families. Mirian endured a long and agonizing experience, and after a positive preliminary finding of credibility in her asylum claim, she notes:

On May 2, my son was brought to me after spending two months and [eleven] days with strangers. It was an indescribable, uncontainable joy to hold him. I couldn't stop kissing his face. The entire time we were separated, my son was the reason that I held on and finally, he was there, like a vision. This May, I passed my first Mother's Day in the United States with my son. Former U.S. Attorney General Jeff Sessions proudly announced the Zero Tolerance Prosecution Policy after months of setting up the system, targeting immigrants arriving into the U.S. seeking asylum or otherwise entering surreptitiously and detained at the border. Sessions declared in April 2018 that anyone "illegally entering this country will not be rewarded, but will instead be met with the full prosecutorial powers of the Department of Justice." A month later, Sessions followed up his directive to prosecutors' offices nationwide to pursue widespread prosecutions of those entering the U.S.: "If you cross this border unlawfully, then we will prosecute you. It's that simple." This harsh new policy included those seeking asylum under U.S. law and those arriving to the border with children--two groups of people not previously singled out for prosecution. As described more fully in Part I, the U.S. Department of Homeland Security (DHS) did not conceive of the Zero Tolerance Prosecution Policy overnight, but instead built it on a historical and contemporary foundation that targets immigrant families. More recently, President Barack Obama's Administration expanded the process of detaining families--mostly mothers and children--in immigration prisons. Despite outcry by activists and scholars, family detention continued unabated while the American public largely remained silent and uninformed. Only in 2018, when images and audio recordings of children being literally ripped from their parents flooded the media airwaves, did the world begin to pay attention due, also, to the broader resistance movement against President Donald Trump. Seemingly all of a sudden, the world erupted in anguished protest against family separation, questioning how this cruel and draconian practice could be taking place. Wringing their hands, our friends and neighbors wondered: how did we, as a country, arrive at a cultural and political reality in which the government openly and under the guise of the law takes children away from capable, loving parents? To be sure, the current reality of targeting immigrant families and children is not a surprise given the historical, legal, and political foundation that dehumanizes immigrants in the U.S. This long-standing and now deeply entrenched process of dehumanization is reinforced and perpetuated by a strategic political narrative, bolstered by widely disseminated lies and misrepresentations. Shining a brighter light on this phenomenon, this article explores the intersection of immigration law and family law and argues that the current regime dedicated to decimating immigrant families in the U.S. does not comport with the history and spirit of immigration law and policy. Policies shifting away from family unity and toward the inhumane treatment of immigrant families are anchored in the political rhetoric that normalizes the oppression of immigrants. By characterizing immigrants as nonhuman--even "animals," as described by Trump--the current slate of anti-immigrant policies that specifically target families is normalized.

Part I discusses contemporary immigration law that terrorizes the family unit. I explore the Zero Tolerance Prosecution Policy against asylum-seekers and other entering immigrants that led to CBP officials tearing children away from their parents at the border. The policy is bolstered by the continuation and expansion of family detention in which immigrant families and unaccompanied minors are held in government custody. These policies prevail in part because the narrative surrounding immigrant criminality and dehumanization--despite empirical evidence demonstrating no correlation between immigrant status and criminality--paves the way to more easily tyrannize immigrant families.

In contrast to this contemporary movement against the family, Part II provides a critical historical context, asserting that the history of immigration law and policy is one deeply committed to family unity. Although this history is clearly marred by the entrenched legacy of racial and ethnic discrimination and is rooted in principles of male dominance, it is undeniable that family primacy is a fundamental principle in immigration law.

Part III then explores immigration law's precarious intersection with the laws that protect families and children, noting how immigration policies cloaked as national security measures have more recently infringed upon immigrant families' decision making. The last generation of jurisprudence, though, has embraced a broader fealty to family integrity. Part III also discusses how policies of detaining immigrant families and children and separating immigrant families are in direct contradiction to the law's established commitment to actions that are in the best interests of children and pursuant to child welfare standards.

This discussion then leads to Part IV's exploration of the recent litigation and advocacy efforts to dismantle what has become known as the Family Separation Policy. It also predicts that this case and movement are harbingers of establishing due process rights of immigrant family integrity. The article concludes with a call to advocates to resist the demeaning, dehumanizing narrative and to push forward in preserving and protecting families

The culture of resistance is strong in 2019. Outcry over governmental policies that imprison families and children and tear children away from their parents is warranted and useful. Perhaps, the visions of destroyed families will indeed provide the call to arms, emboldening veteran and new activists to loudly proclaim their anger and support policymakers and organizations that work for change. To be sure, the upswell of shock in response to the Family Separation Policy shone a bright light on the treatment of immigrant families. It is imperative to continue the legislative and political fight-- while also battling in the courts--against this Administration dedicated to decimating immigrant families. Importantly, this work must incorporate resistance against the rhetoric that normalizes the oppression of immigrants and fosters an ethos of dehumanization, rooted in a history of racism and xenophobia. These policies prevail in part because the narrative surrounding immigrant criminality and dehumanization paves the way to tyrannize immigrant families more easily.

Instead, resistance should build upon the deep foundation of family integrity in immigration law. Although this history is marred by the deeply entrenched legacy of racial and ethnic discrimination and is rooted in erroneous principles of male dominance, it is undeniable that family primacy remains a fundamental principle in immigration law. As this article shows, contemporary family and immigration law jurisprudence has moved towards broader protections of family, even in the face of purported national security concerns. Moreover, policies of detaining immigrant families and children and separating immigrant families are in direct contradiction to the law's established commitment to actions that are in the best interests of children and according to child welfare standards. For these reasons, the current wave of litigation challenging such policies presents critical opportunities for a lasting and important change in the treatment of immigrant families and children. It is for all of us who believe in the Constitution, the rights of family, and the protection of children, to challenge this regime's assault on these important, bedrock principles.