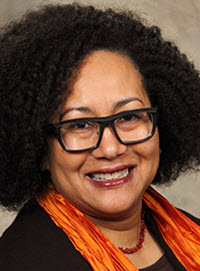 I began teaching Trusts and Estates in 2002. It was a fluke and a lark, as I was visiting at a law school that did not permit visitors to teach first-year classes. As a result, my standard teaching package of Contracts and Property was ruled out. I had recently published an article on how U.S. slavery law managed controversies at the cusp of race and inheritance, The Private Law of Race and Sex: An Antebellum Perspective; hence, the school's associate dean suggested Trusts and Estates could be a good course. I welcomed an opportunity to teach the course and delve more deeply into my burgeoning interests in the economics of intimacy and how private law can encourage or defeat social justice. There was an immediate irony, however. I was invited to teach the class because of my article, which explored a series of nineteenth-century cases in which black families argued that the sexual relationships they formed under slavery ought to yield inheritance rights, or what one court called “inheritable blood.” The article explored how southern courts managed three competing goals: maintaining slavery's racial hierarchies, reaffirming private property rights, and preserving the legitimacy of the legal system. Indeed, one of the reasons I had welcomed the opportunity to teach the new class as a visitor was my anticipation that it would enable me to broaden my focus on private law's role in socially engineering foundational human relationships. The irony was that once I began teaching the course, I struggled to find ways to make my initial research in race and legal history relevant to it.

I also do research on the legal regulation of gender and sexuality, both of which are obviously intrinsic to Dead Law. Until relatively recently, law imposed explicit and formal disabilities on women's inheritance rights as donors, donees, and personal representatives of estates. Today's inheritance rules police gender more indirectly, via doctrines ranging from the “widow's share” to partial restraints on remarriages to QTIP trusts and the valuation of life estates. Sexuality, of course, is front and center, as inheritance law conducts its post-mortem audits of the dead's lifetime intimate choices. The role and significance of race, however, continued to elude me, as I found difficulty tying in subjects beyond my initial research on antebellum will contests.

The answer came, intriguingly enough, from my quest for pedagogical hypotheticals and case studies. Well-crafted hypotheticals play a crucial function in law school classrooms. Their fact patterns empower students to diagnose legal problems, articulate the applicable doctrine, and explore various solutions or “fixes.” I learned early in teaching the course that nothing reinforced learning Dead Law's doctrinal intricacies like a good hypothetical or case study--and every year popular culture provides tantalizing examples. In particular, I look for popular cultural examples that build doctrinal and jurisprudential intricacy on familiar characters or on unfamiliar situations that provoke curiosity. Students' eyes glazed and their brains drained over the vagaries of per capita by generation versus per capita by representation, the Uniform Testamentary Additions to Trusts Acts (I and II), and the impenetrability of dependent relative revocation.

Yet each year I find myself assisted by a surfeit of celebrity deaths, followed by dramatic estates debacles. These celebrity fact patterns often yield a simultaneous high-stakes complexity and laughable absurdity that makes compiling their intimacy inventories engaging. Supplementing these case studies are hypotheticals, often drawn from family sitcoms, which offer an ever-increasing array of conceptual examples about intimate family frameworks. They remind students how normative family intimacy can change from “irregular” to “regular” over a relatively short period of time. Heath Ledger's tragic early death taught the class both the complexity of establishing paternity for non-marital children and the pretermitted child doctrine. The Godfather of Soul, James Brown, offered insight into bigamy, common law marriage, and why you might not want to take out a full page ad showcasing your marital separation in Hollywood's Variety magazine. The ongoing saga subsequently revealed the limited ability of attorneys general to protect charitable trusts. Rock legend Mick Jagger's marital fraud against his long-time sweetie Jerry Hall lent an additional lesson on common law marriage, the putative spouse doctrine, and some of the technical complexities of community property rules. We reviewed Whitney Houston's will and found it “solid.” Mickey Rooney's dramatic congressional testimony demonstrated why we might bar inheritance by those who commit elder abuse. Brooke Astor's tragic twilight years reinforced the ongoing need for a healthy fraud doctrine and also professional malpractice rules. NFL star Steve McNair is a case study on why an estate might try to protect a surviving parent from the vindictiveness of a daughter-in-law. Sopranos star James Gandolfini's death brought planning for estate tax liability to life. Three years ago, Prince's unexpected death showcased the vagaries of inheritance by half-blood relatives, the wisdom of the Uniform Probate Code (UPC) “laughing heirs” ban, and the challenges in persuading some clients to draft wills.

And, drawing from iconic sitcoms shifting norms of family intimacies, I used to teach representation, class gifts, and step-parent and adoption inheritance rules through The Cosby Show's Huxtable family; at the time it was a case study in the UPC's efforts to normalize and recognize bonds that common law had spurned. (And I loved the subtle racial didacticism of parsing the intricacies of intimate genealogical bonds through a loving black middle-class family.) When Cosby's confessions to and ultimate conviction of sexual predation led me to conclude that I could no longer lionize his sitcom world-making, I turned to the network blockbuster Modern Family instead. The UPC's efforts to police both strategic adoptions and strategic disclaimers appear more vivid and meaningful when visualized through manipulated reductions of the sitcom character Lily Pritchett's share of family patriarch Jay Pritchett's estate. These celebrity case studies and hypotheticals about “modern families” set the stage for a key aspect of what estates lawyers do--plan for successful post-mortem audits and judgments of their client's lives. This entails learning how to compile intimacy inventories, diagnose the vulnerabilities that make an estate plan fragile, and ideally craft “fixes.”

One ongoing challenge in Dead Law is how to make intestacy rules come to life. Students envisioning roles as potential estate planners are inclined to dismiss intestacy's intricate doctrinal rules as irrelevant to their practice, merely a set of defaults to easily navigate around by drafting wills, trusts, etc. In looking for hypotheticals to animate the broad set of rules that govern the will-less, I found two case studies--one based on a controversy that emerged following U.S. Senator Strom Thurmond's death in 2003 and the other derived from an Ebony magazine article I stumbled upon about NBA rock star Shaquille O'Neal's relationship with his father and stepfather. As I said above, the ideal Dead Law hypothetical or case study combines technical intricacies with lofty jurisprudential questions. My hope is that these do both.

The UPC justifies many of its defaults as majoritarian ones, as rules that reflect empirical studies of most people's preferences. However, it is worth considering whether these defaults function in some instances as racialized penalty defaults, i.e., rules that render some estates fragile and in need of additional effort to safe-guard in the face of non-normative behavior. In this sense, Dead Law's efforts to regularize intimacy encompass both the explicit racial audits we witness in Thurmond's case study and the more subtle racial effects we observe in O'Neal's.