In Their Absence We Remain: Embracing the Victims of Parental Incarceration 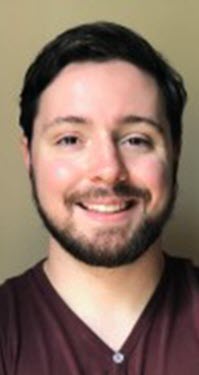 The overwhelming majority of states do not recognize that children whose parents are incarcerated need support, and no state explicitly defines such children as victims. And yet, the children of incarcerated people, like those traditionally labeled victims, are thrust into harmful and traumatizing experiences by the conduct of a third party. Unless the child plays a material role in the commission of a crime, that child's innocence is unquestionable. When parents commit a crime, the likelihood that their child will face emotional, mental, physical, social, and economic harm increases significantly. The experiences of a child whose parent is incarcerated fit nearly every common-use definition of “victim.” Victims' rights legislation at the state level--and at the federal level-- should recognize children of incarcerated parents as victims.

A society that supports and advocates for children whose parents are incarcerated will inhibit the outgrowth of unnecessary harm. Children with parents in jail or prison often face even greater levels of struggle than incarcerated peoples' spouses, parents, or siblings. Children are impressionable and often have a much longer life ahead of them than the adults in their lives. With that in mind, it is concerning that a child's proximity to criminal offenses and the consequences of criminal offenses leave that child with “acute, and often long lasting” emotional and psychological trauma.

Between 1991 and 2007, the number of children in the United States with a parent in prison increased 82%. Statistics suggest that 52% of people incarcerated in state facilities and 63% of people incarcerated in federal facilities are parents. That means there are at least 1,706,600 children in the United States with an incarcerated parent. Many of those children are younger than ten years old; most will become adults before their parents are released. Children, especially young children, are much more susceptible to the negative consequences of stress. As a result, early exposure to something distressing--like the loss of a close relationship with a parent--can negatively impact a child's chemical balance and neurological development.

If the goal of a criminal legal system is reducing harm, and it indeed should be a principal goal, then the systems we live in must labor to confront harm at every angle rather than reproduce it. Innocent and vulnerable people need support. Victims need support. The children of those within the walls of America's prisons and jails are victims and require support. If we recognize that including children of incarcerated people in legal victimhood is a moral imperative, and if we recognize and provide the support those children need, we will reduce the harm crime and violence inflict upon the innocent and vulnerable. And perhaps we will move closer to finding more effective and compassionate ways to hold people accountable and to resolve conflict.

... for as long as you are free, these prison gates cannot contain my spirit. The best of me still lives in you.

[Y]ou are my son, but you are not my choices. Yes, we are our fathers' sons and daughters, but we are not their choices.

For despite their absences we are still here, still alive, still breathing, with the power to change this world, one little boy and girl at a time.