In-and-out Justice: How the Acceleration of Families Through Immigration Court Violates Due Process

Excerpted From: J. Nicole Alanko, In-and-out Justice: How the Acceleration of Families Through Immigration Court Violates Due Process, 24 University of Pennsylvania Journal of Law and Social Change 1 (2021) (232 Footnotes) (Full Document) 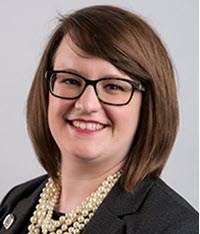 Families who are seeking refuge in the United States are on a ticking clock like never before. In November 2018, the Department of Justice published a memo titled “Tracking and Expedition of 'Family Unit’ Cases” (commonly called the “FAMU Memo” or “FAMU Policy” by practitioners which requires that families' cases be completed within one year or less. As a result, families who recently arrived in the United States must find an attorney, apply for asylum, gather the necessary evidence, and prepare for trial in one-third of the time--or less--of other cases. From September 2018 to January 2020, over 100,000 cases were labeled as Family Unit cases. Of those, 44,503 cases were completed. Of the completed cases, only 1,271--less than three percent--were granted some form of protection from deportation.

The stakes could not be higher for families caught in this cycle. Families fleeing from Central America are coming to the United States to escape violence comparable to active war zones. Gangs with the power of quasi-governments attack and kill those whom they see as working against them, including children who resist joining the gangs and people who report crimes to the police. Many flee severe domestic and gender-based violence and a judicial system completely lacking the resources to protect them. Still others flee abuse for their sexual orientation or gender identity. A recent Human Rights Watch report shows that many people who have been deported from the United States to El Salvador have been killed upon their return. The report shows “a clear link between the killing or harm to the deportee upon return and the reasons they had fled El Salvador in the first place.” Fully and fairly evaluating asylum seekers' cases could prevent similar deaths and harm in the future.

The policy of expediting family unit cases in immigration court violates the due process rights of families. On its face, the expedition of family cases seems to promote efficiency and the completion of cases in a timely manner. However, this acceleration violates families' right to be heard at a meaningful time and in a meaningful manner due to the difficulty of obtaining evidence in asylum cases and the time necessary to build rapport with traumatized clients. All of these difficulties are amplified in the current chaos of the immigration court system.

While this Article specifically examines the acceleration of families' cases under the November 2018 FAMU Memo published by the Trump Administration, the problems with the acceleration policy are relevant beyond this Memo and beyond this Administration. Indeed, the Obama Administration also attempted to prioritize family cases in immigration court in an effort to promote efficiency in the courts. Because of the policy's repeated use, prioritization of family cases is a strategy that will inevitably be present in policy discussions by future presidential administrations as policymakers grapple with how to make a dent in the immigration court backlog. For this reason, a focus on why prioritization and acceleration violates asylum seekers' due process rights of asylum seekers goes beyond the 2020 election cycle. It is a “solution” that should not be repeated by any future Administration.

The FAMU Policy goes to the heart of fairness in the court system. Many policies implemented since 2016 hurt immigrants and asylum seekers. The FAMU Policy must be recognized as one of these policies and challenged by both attorneys representing asylum seekers and attorneys engaged in impact litigation. The inability of families to put together a case to meaningfully explain why they deserve to remain in the United States is fundamentally unfair. Everyone has the right to present their claims in court. A policy that deprives them of that right must be challenged.

Part I of this Article will describe what is currently happening in immigration courts. It will discuss the forms of relief from removal that exist for families who are affected by the acceleration policy and explain how a case makes its way through immigration court. Moreover, it will describe the flaws that existed prior to 2016 in the immigration courts and how the Trump Administration has exacerbated those flaws. It will also examine the expedition of family unit cases through immigration court, including Obama-era policies and the new FAMU Policy currently in place. Part II will explain the due process rights that are afforded to immigrants in removal proceedings. It will illustrate the right to a full and fair hearing that is due all immigrants in removal proceedings and examine the test from Mathews v. Eldridge that is generally applied to questions of procedural due process. It will also describe the “no prejudice” test that predates Mathews and how the federal circuits where the policy has been implemented have applied the test in the context of asylum seekers in removal proceedings. Although case law varies across the country, due process ultimately requires a meaningful opportunity to be heard. Part III will then argue that, particularly in the current climate of immigration courts, the acceleration of families' cases violates asylum seekers' due process rights and prejudices their cases. It will describe how the acceleration of families' cases through immigration court impairs their ability to collect evidence and build rapport with their attorney so they can fully present their case. These two issues, in turn, prevent their hearings from being meaningful as required by due process. Additionally, this lack of a meaningful hearing ultimately prejudices the asylum seekers, as more time would provide the opportunity to collect evidence and prepare to testify despite the impacts of trauma. Finally, Part IV will address questions and logical conclusions associated with the FAMU Policy. It will briefly discuss proposals for a sufficient amount of time in an asylum case. Ultimately, this question requires analysis beyond the question of the FAMU Policy.

The protections of due process apply--and must be applied--regardless of whether the asylum seeker would ultimately win their case. Recent changes in the laws are making many asylum cases increasingly difficult to win. However, the comparative likelihood of success on the merits is not the focus of due process analysis. Every asylum seeker, and every family, deserves the opportunity to be heard at a meaningful time and in a meaningful manner, regardless of the strength of their case under current precedent. While accelerating a class of cases that may not appear to be strong on the merits is a tempting solution to the problems facing the immigration court system, it is not a fair solution. The problems facing the immigration court system are significant and must be solved, but trampling the due process rights of vulnerable families is not the answer.

The immigration court system is under extreme pressure originating from structural flaws that have been exacerbated by the actions of the Trump Administration. There is tremendous need to fix this system so that everyone's cases are heard fairly and in a timely manner. However, this need does not outweigh the rights of families fleeing extreme violence in their home countries. Legal practitioners and policy leaders can and must advance solutions that give families fleeing violence the opportunity to be fully heard in their immigration court hearings, while also addressing the backlog of cases that plague the overworked system. Families' lives and futures are not, and should not be treated like, political footballs. Everyone deserves the opportunity to be heard, especially when their life may be at stake. The acceleration of families' cases fails to answer the larger, structural problems of the immigration court system and violates the rights of families to a full and fair hearing. The Trump Administration should rescind the FAMU Memo, and future administrations should never again use the tactic of acceleration as a bandage for the failure to address structural flaws.