So Sue Me: How the Justice Department Can Protect Children by Suing Indigent Defenders 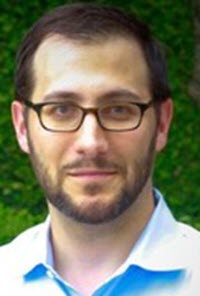 The first time I went to juvenile court, my job was to win release for a public defender who'd been jailed for fighting too hard for her client. The second time, I saw a judge remand a child into custody for fifteen days for the sin (it's not a crime, of course) of wearing his pants too low. The assigned public defender didn't even object.

This was in New Orleans not long after Hurricane Katrina, when the juvenile public defender was trying to build back better, to borrow a phrase. In many ways, it did. Within a few years of the storm, the new nonprofit that served the city as juvenile public defender became a model for effective and zealous advocacy for children. It reduced caseloads and improved performance. Its holistic advocacy model brought together multidisciplinary teams of lawyers, social workers, case managers, and investigators to help win cases and improve life outcomes. It instituted best-practices models of training, supervision, and performance management. Its lawyers stuck with kids not just until trial or sentencing but until they were entirely free of the justice system.

But the Louisiana Center for Children's Rights was an exception. What I saw on my first two visits to juvenile court was and remains closer to the rule in many places. Persistently over time, and pervasively across jurisdictions, poor children in juvenile delinquency cases have been and are being poorly served by their defense attorneys. The failings have been extensively documented, and the reasons repeatedly explored. Advocates have long urged reform, but in many jurisdictions not much has changed. Kids facing juvenile prison still receive ineffective representation today--just like they did when the U.S. Supreme Court first recognized a constitutional right to counsel for kids in delinquency cases in 1967.

New Orleans' juvenile defense success story is unusual because it happened at all, but how it happened is also remarkable. The transformation had little to do with the tools that lawyers usually talk about in law reviews and other scholarly journals. Instead, it was mostly driven by internal organizational development. Within a few years of the storm, the organizational leadership changed--and so did the hiring, training, and ultimately the culture and the practice.

Academic and practitioner observers of indigent defense point to both structural, exogenous constraints--problems like legislative underfunding or judicial control, which arise from systems outside the indigent defender--and organizational, endogenous problems. “Even adequate resources[,]” explained Harvard Law professor Carol Steiker on the fiftieth anniversary of Gideon v. Wainwright, “would not be sufficient to solve some of the ... problems that undergird the country's indigent defense crisis.” The endogenous problems Steiker listed include “[t]he lack of adequate organization, training, and oversight ... and the absence of a robust culture of client-centered, zealous advocacy all prevent the delivery of decent indigent defense services just as surely as the lack of adequate material resources.”

The New Orleans example shows that internally driven reform can make a massive difference. Juvenile indigent defense systems and organizations can often get better all by themselves--if they have the will and the know-how. But sometimes there is no internal motivation or capacity to change. And sometimes no amount of internal will or smarts can make a difference in the face of structural barriers to reform.

That's where the federal Department of Justice (DOJ) can come in. During the last years of the Obama Administration, the DOJ tried a new experiment. For the first time, it deployed its civil rights enforcement power over juvenile justice systems in response to persistent and egregious shortcomings in indigent defense. In three separate matters, the DOJ investigated county-level juvenile justice systems, found severe juvenile indigent defense deficiencies, and tried to use litigation and the threat of litigation to impose solutions.

As a new administration looks to build civil rights enforcement back better, this Essay examines those DOJ interventions and draws lessons from both their successes and their frustrations. It concludes that the DOJ should launch a sustained campaign of juvenile indigent defense investigation and litigation early in the new administration. But, learning from its initial forays, the DOJ should target indigent defense systems directly rather than triangulating towards them through courts and county governments. Perhaps most importantly: the DOJ should distinguish between structural versus organizational problems and aim its remedies squarely at the root cause of the problems it is trying to solve.

When Donald Trump took over from Barack Obama, and Attorney General Jefferson Beauregard Sessions III replaced Attorney General Loretta Elizabeth Lynch, the DOJ stopped opening new matters relating to juvenile defense and began angling to get out of its ongoing juvenile defense-related matters. The DOJ's Civil Rights Division did not initiate any new juvenile justice litigation during the Trump presidency. Its formal and publicly-announced juvenile justice activity focused solely on conditions of confinement: A statement of interest in a case about special education for youth in custody, and a report of an investigation that revealed unconstitutional conditions of confinement in a juvenile prison. By contrast, it formally closed at least three juvenile justice matters, including the Shelby County and St. Louis County matters. It also lost the Fifth Circuit decision that made it harder to reform juvenile defense in Lauderdale County, Mississippi.

President Joe Biden's election victory promises new (or, at least, renewed) opportunities for proponents of stronger indigent defense. That isn't lost on those proponents, some of whom immediately formulated recommendations for the new administration. But those generally ambitious recommendations shied away from encouraging the administration to invoke § 12601. In its “[r]ecommendations for the Biden Administration,” the National Association for Public Defense (NAPD) heavily emphasized federal help with data collection and analysis--a lot of which is a core function of any effective organization and which public defenders could, in fact, do for themselves--but says nothing about using the power of the Civil Rights Division to improve public defense. In its own recommendations, the National Juvenile Defender Center also took the time and space to ask for data help (again, an organizational capacity issue), but--like the NAPD--it did not mention the federal statute that gives the DOJ unique powers to help juvenile defenders and the children they serve.

Maybe there's a fear of suggesting publicly that the DOJ should aggressively intervene in local justice systems or that indigent defenders should be (and sometimes, where the organizational problems are of their own making, deserve to be) sued. But that fear is misplaced. One of the best things the DOJ can do for due process in the juvenile justice system is to use its § 12601 powers early and often, to investigate and sue indigent defense systems directly, and to target remedies at the specific structural and organizational root problems presented in each jurisdiction.

There are clear takeaways from juvenile indigent defense reform's recent success stories and from the federal interventions that surrounded them. New Orleans, Shelby County, and St. Louis show that organizational problems are real barriers to effective practice. Where defenders cannot or will not solve them on their own, federal intervention can help. The DOJ can provide a push for defense leadership, air cover to insulate indigent defenders from political pushback, and technical assistance where the problem stems from ignorance rather than ill-will.

And organizational problems are often intertwined with structural problems; an indigent defense system under the judiciary's thumb may find it much harder to implement internal reforms. DOJ intervention can help there, too, including through pressure on the courts that yields downstream benefits for indigent defense. But the DOJ should go into these investigations recognizing the reality of both structural and organizational barriers, and should make sure-- for reasons both practical and doctrinal, as the Lauderdale County matter suggests--that all the necessary stakeholders to fix the problems are first informally brought to the table and then, and if necessary, formally sued.

Those stakeholders can and should include indigent defense systems themselves. Litigation is a tool to drive change in indigent defense. The shame isn't in being imperfect or ineffective. The juvenile defense community has been acknowledging and decrying the widespread ineffectiveness of defense systems almost since Gault came down. The shame is in failing to take advantage of every opportunity to build our way out.