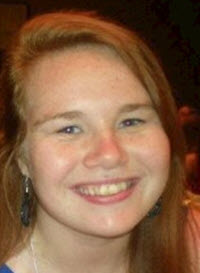 One in four Native American children are born in Indian Health Services (“IHS”) hospitals. After birth, Native American women are four times more likely to hemorrhage, three times more likely to have gestational diabetes, and preeclampsia occurs twice as often than the national average. On the Pine Ridge Reservation (“Pine Ridge”), one in three young women are sexually assaulted; the teen pregnancy rate is five times higher, and sexually transmitted diseases are nineteen times higher than the national average.

Barbara Gurr lived in South Dakota, on Pine Ridge, with the Oglala Lakota Nation (“Lakotas”), for one year researching and absorbing everything about Native Health. Gurr reported personal stories to explain the greater effects of healthcare in Indian Country (“Indian Country”) on a national scale. Gurr confronts the effect of the complicated way the United States government has provided reproductive healthcare for Native Women as it relates to their culture. Justice: The Politics of Healthcare for Native American Women (“Reproductive Justice”) sheds light on how tricky it is to be a sovereign within a sovereign, and how the politics of healthcare affect race, gender, and cultural norms.

One of the many issues affecting Indian Country is how decisions are made regarding Native women's healthcare. Native healthcare is regulated through the federal government, IHS, and the Tribes themselves. Two sovereigns attempting to control Indian Country creates a unique set of complications as the federal government acts as a “guardian” to Tribes. Gurr discusses these complications in Native women's ability to access reproductive healthcare specifically in the following areas: birth control, abortion services, and other seemingly routine reproductive health services. Most importantly, Gurr addresses how healthcare within Tribal Nations can be improved while also confirming a “cultural match”.

This piece will discuss the effect of Gurr's book on the reader. This piece begins by building a basic understanding of Federal Indian Law, develops the major concepts in healthcare that affect Native women, and the major themes addressed in Gurr's book. Next, this piece analyzes each of Gurr's topics for a reader who has limited knowledge of issues facing Indian Country regarding women's reproductive healthcare. This piece also addresses how the Violence Against Women's Act should aid in prosecuting sexually violent crimes on Indian Reservations and proposes a resolution to close the jurisdictional gap.

Gurr weaves her research and the stories from the women of Pine Ridge eloquently and affectively. The explanation of the connection between various governments, what it means to be a sovereign within a sovereign, and how difficult it can be to maintain cultural identity while demanding resources owed, is both complex and masterfully done. While IHS has perfunctorily preformed its duties, it is beginning to recognize the importance of understanding Native American culture through all aspects of Native women's reproductive health. Within the Lakota Nation, substantial room remains to provide better access, better care, and better understanding. As the Lakota pray, all things are connected, Mitakuye Oyasin.