"A war between the races would help nobody and free nobody and should be avoided at all costs. But a one-sided race war with Black people as the targets and white people shooting the guns is worse."- Assata Shakur

"‘You can't help but wonder that if Sakia Gunn had a weapon, would she be in jail right now?. . .' ‘If we don't have the right to self-defense, how are we supposed to survive?"'  -Bran Fenner 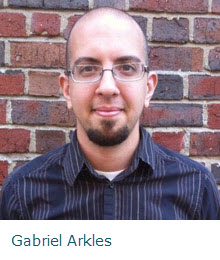 *856 Media outlets, policymakers, and much of the public place blame differently depending on what type of incident causes violent deaths. When it is a U.S., Canadian, Israeli, or European institution killing large numbers of Black or Brown people, it seems like often no one gets blamed. If anyone does, it is often the victims. The dead people--even the children--are perceived as disposable rather than fully human. They are all actual or potential terrorists and gang members, deserving of death. If blame does come to the government or other institutions, it is usually in sanitized and abstract terms. After killings perpetrated by individual people of color or Muslims, the person's race or religion is often blamed for their actions. However, after mass killings by white civilian men, the blame tends to get placed differently: on guns and mental illness. The fallout from Newtown has followed this model.

Gun control laws so far have been disastrous for trans people of color and queer women of color, as well as those labeled mentally ill, failing to reduce interpersonal violence but increasing the violence of the criminal legal system. Instead of focusing on greater incarceration of people in marginalized communities who choose to carry guns, we should consider true disarmament. This disarmament would involve demilitarizing police, decreasing incarceration, keeping cops out of schools, disinvesting in the armed forces, and instead investing in communities. Expanded power to commit people based on mental illness, whether on an outpatient or inpatient basis, would also be deeply harmful, especially to queer women of color and trans people of color who are already highly vulnerable to pathologization, disablement, institutionalization, and abuse. *899 Instead, we should consider investing more deeply in holistic, community-directed services for mentally ill people that support self-determination and social change, including fighting state and interpersonal violence against people with mental illness.