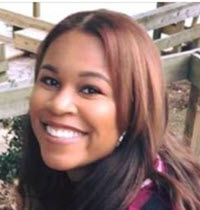 Two children, James and Brandon have Attention Deficit Hyperactivity Disorder (ADHD). Both are misbehaving regularly in school by fighting and disrupting class. Additionally, both students are suffering academically. Both James and Brandon have tutors, and genuinely want to succeed in school, but tend to feel defeated when their efforts are to no avail. Brandon's mother recognizes a problem and eventually her son is diagnosed with ADHD. He undergoes treatment, and a year later, he is resembles a well-behaved, academically thriving, student. James has not seen anyone about his potential disorder. He has been expelled from school, and it is the school's recommendation that he relocate to an alternative school for students at risk of dropping out. James is black.

Minority children, especially those living in poverty, are significantly undiagnosed for mental illnesses and this contributes heavily to their overrepresentation in the juvenile justice system. The knowledge of a mental illness before a detention hearing is more likely to keep a child from detention, because treatment for a child's mental illness or disorder can often prevent or counter the behaviors leading to a child's detention. The juvenile justice system is meant to be rehabilitative, but more often than not there is a connection between recidivism in the juvenile system and the prison pipeline. Better access to the resources necessary to diagnose children who may be treated before an encounter with the juvenile justice system need to be provided. However, factors such as stereotypes and implicit bias, coupled with a lack of resources at home and school, decrease a minority youth's chance of being diagnosed.

This paper proposes that the schools are in a unique position to monitor and address the mental health of their students and should therefore play a more active roll in providing the resources for a diagnosis. The most effective course of action would be to implement school-based health programs in public schools that afford the opportunity to diagnose children before disciplinary action takes place. If the child's mental health is adequately assessed before receiving punitive recourse, he or she may be able to receive treatment. Likely the newly diagnosed child undergoing treatment would absolve the disruptive behaviors or provide at the very least use the mental illness mitigating factors towards the punitive action. As school is mandatory, and is where students spend the majority of their time, it is the best place to address the mental health and behaviors of a child. Additionally, schools have the legislative requirement to accommodate any disability that significantly affects a child's learning and adjustment in school, which may include mental illnesses. A broad interpretation of this legislation could easily support the implementation of school-based health programs to accommodate the mental health needs of its students. When invoked, these school-based health programs could provide the diagnosis and treatment that could deter a child from juvenile detention.