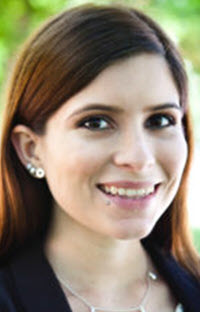 Four-in-ten Hispanic/Latinx individuals living in the United States said that they had serious concerns about their place in "Trump's" America after the 2016 election. One research study found that President Trump's immigration policies have created psychological stress, and symptoms of anxiety and depression, for nearly two-thirds of Hispanic/Latinx parents, both citizens and undocumented immigrants. Despite the public and political mischaracterizations that Hispanic/Latinx immigrant communities are riddled with "criminals, rapists, drug dealers, etc.," research has shown that the involvement of Hispanic/Latinx immigrants in crime is less than that of U.S. citizens and any other racial or ethnic group. In fact, Hispanic/Latinx individuals are disproportionately incarcerated, being convicted for minor non-violent offenses and/or are first time offenders.

The choices made by the U.S. to vilify and instill fear through hateful rhetoric about an entire racial/ethnic group, and to incarcerate at higher rates rather than treat mental illnesses has burdened Hispanic/Latinx communities, increased stigma, and decreased resources for individuals seeking treatment. This article looks at the criminal justice system as an incubator of racial bias and lack of cultural competency, particularly for Hispanic/Latinx inmates who need necessary mental health treatment.

Part II of this article illustrates mental illness and the Hispanic/Latinx community, including the historical and sociocultural factors that make up this diverse group.

Part III highlights U.S. incarceration, lack of cultural competency, and racial bias as leading factors in Hispanic/Latinx individuals forgoing mental health treatment or not being able to receive treatment at all.

Cultural competency suggests a deeper understanding of how Hispanic/Latinx inmates' cultural background affects what they are willing to share with mental health professionals and justice personnel, and how certain practices or actions in federal and state prisons are perceived by other races, communities, and countries. Understanding these concerns with a culturally competent approach, through improved research and data collection on Hispanic/Latinx inmates, will allow for a more effective targeting of policy and programs for increased access to care initiatives while incarcerated, and eliminate inequalities in Hispanic/Latinx mental health treatment.