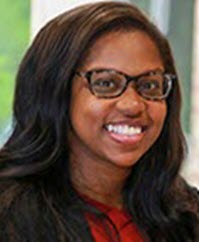 Every year, women give birth to children with incurable diseases or diseases with devastating symptoms and extensive suffering. Further, many of those diseases have genetic causes, which means that subsequent generations may also suffer from those diseases and could be burdened with the knowledge that they could pass on these conditions to their children and future generations. Beyond the burdens on those who are directly impacted by these diseases, the healthcare system must cope with the financial and logistical impacts of these diseases. For example, recent debates have focused on the high price of American healthcare, especially for pharmaceuticals. Most recently, as politicians and the public focused on the high price of drugs, this debate intensified when the U.S. Food and Drug Administration (FDA) approved a drug to treat spinal muscular atrophy in children with a one-time cost of $2.1 million. What if we could avoid the health and financial burdens of genetically-caused diseases?

The regulatory regime is especially hostile toward treatments with therapeutic uses that could prevent disease inheritance or correct defective genes by using genetic modification, such as germline gene editing. Thus, even though some trials related to gene editing in adults, as opposed to embryos, are going forward, access to preventive or germline gene editing remains limited. This access is limited because gene editing of embryos, like other techniques involving genetic modification, has been subjected to a federal-centric regime that hinders innovation.

Some prospective parents, such as those who both carry recessive traits, cannot simultaneously naturally reproduce and have a genetically related child without risking passing the disease on to their children. Germline gene editing is a solution to this problem. Current United States regulation, however, severely curtails a technique that could permit parents who are carriers of various inheritable diseases, such as Tay-Sachs, sickle cell anemia, Alzheimer's disease, Huntington's disease, inheritable forms of blindness, and cystic fibrosis, to prevent their children from inheriting or being carriers for those diseases. This severely curtailed access to the technology is striking not only because of the possible delay in access to promising medical treatment but also because parents can make so many other decisions for their children (and future children), including use of IVF (which would be required for the gene editing of embryos); selection of embryos to implant using IVF; prenatal testing; enrollment of children in clinical trials; and many other decisions about the upbringing of their children, including their children's medical care.

Often, new technologies with potential for uses that society views as harmful, such as germline gene editing, artificial intelligence, genomically modified organisms, robotics, and cloning, face requests for regulation. A November 2018 Vanity Fair article asked, “Is Gene Editing More Dangerous than Nuclear Weapons?” thus emphasizing the fear and concern surrounding potential uses of gene editing. ART, specifically IVF, was similarly compared to the “atom bomb” when it was a new technique. Further, before IVF was a reality, observers noted that “the 'brave new world’ of Aldous Huxley may be nearer realization.” Discussing gene editing and similar techniques in apocalyptic terms tends to lead to requests for overregulation and reduced access to medical innovation. Instead, this Article draws parallels between germline gene editing and most new and existing technologies or treatments, which come with advantages and disadvantages, including gene therapy and IVF, which were previously discussed in apocalyptic terms but are now widely available and subject to a substantially less burdensome regulatory regime.

This Article argues that germline gene editing should be treated similarly to IVF, which is subject to physician self-regulation and state laws addressing the practice of medicine, instead of like a federally-regulated medical product. More specifically, this Article emphasizes a risk-based approach where regulatory regimes exist to manage risks or to compensate those who are harmed, as evidenced by the regulatory regimes created by environmental law, medical malpractice, pharmaceutical regulation, consumer protection, and tort law.

Scientific advances that potentially impact the gene pool elicit political, legal, and scientific controversy. Germline gene editing provides the promise of eventually eradicating certain diseases instead of just treating a disease after it has been inherited. Gene editing has been characterized as “an ideal method to correct inherited disorders.” Many bodies of literature apply to the regulation of gene editing, including those that examine innovation, risk-regulation, bioethics, health law with an emphasis on food and drug law, administrative law, and intellectual property law.

This Article builds on my prior scholarship regarding the role of ethical and social considerations in scientific decision-making and uses those considerations to structure a system for regulating germline gene editing techniques. This Article makes several contributions to the bioethics, food and drug law, and health law literatures. With respect to bioethics literature, this Article outlines the various reasons why individuals are opposed to gene editing technologies. This Article shows that many of those reasons are the same reasons that lead to opposition to IVF. With respect to the food and drug law literature, this Article examines the role that the FDA has taken in the regulation of gene modifying ARTs, before explaining why the FDA should not regulate gene modifying ARTs. As to the broader health law field, this Article analyzes the regulatory treatment of a controversial medical technique.

This Article recommends a regime for regulating germline gene editing that embodies values that are beneficial to researchers, the public, and governmental bodies. Science often outpaces the law, but in the time required for germline gene editing to be commercially ready, there is adequate time to improve the regulatory regime to actually accommodate that form of gene editing. This would differ from the regulatory treatment of other techniques such as ART, for which the law has lagged behind science.

Part II of this Article provides background on traditional ART and innovative genetic technologies and ARTs before providing an overview of the American regulatory system that currently applies to gene editing and traditional ART.

Part III explores bioethical debates that have arisen in the context of the technologies discussed in Part II, in addition to providing an overview of bioethical debates that are unique to germline gene editing technologies, in support of the argument that those morality-based objections are insufficient to support the federal treatment of germline gene editing.

Part IV advocates for a regulatory treatment of germline gene editing technologies that is similar to that of traditional ART, namely IVF, by drawing on the regulatory and scientific challenges that accompany techniques involving genetic modification and ART.

Gene editing presents a number of unique opportunities. Scientifically, improving gene editing will correspond with an increase in scientific knowledge, as scientists will gain an increased understanding of a number of issues, including the role of genetics in disease and human development. Medically, gene editing offers the possibility of eradicating a number of diseases.

ART, which has existed since at least 1978, is accompanied by safety concerns-- as are germline gene editing, gene therapy, and most medical treatments. Treating germline gene editing like ART, namely IVF, a technology that must be used in any gene editing of the embryo that would result in the birth of the child, not only serves to reduce stigmatization of those who might be born as a result of the technique but also removes the federal government from the regulation of reproductive rights. Treating germline gene editing like IVF also minimizes the federal government's ability to introduce social and political concerns into the regulatory process, to the advantage of innovation that would allow parents to give birth to children that are not affected by their family members' genetic conditions. Additionally, estimates indicate that somatic and reproductive gene editing might be ready for widespread human clinical use in the next five years. As such, germline gene editing (at least in the United States) is one of the few opportunities for the law to develop at the same time as scientific innovation, or to precede scientific application instead of lagging behind science, as it often does.