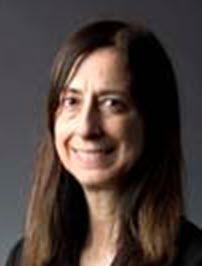 American Indians and Alaska Natives born today have a life expectancy that is 4.4 years less than the United States' all races population, and they continue to die at higher rates than other Americans in many categories of preventable illness, including chronic liver disease and cirrhosis, diabetes, and chronic lower respiratory diseases.

The Indian Health Service (IHS)--an agency within the U.S. Department of Health and Human Services--provides care to over 2.2 million Native Americans across the country. Although IHS fulfills treaty responsibilities to provide health care for members of more than 560 recognized tribes, Congress has consistently underfunded the agency, forcing hospital administrators to limit the services offered. As a result, tribal members have a different health care reality than many other U.S. citizens. For example, to match the level of care provided to federal prisoners, funding would have to nearly double, according to an analysis by the National Congress of American Indians. Funding would need to be even higher to match the benefits guaranteed by programs such as Medicaid.

Against this decades-long underfunding, there are overarching challenges in health care that further exacerbate access to care for American Indians. For example, a common challenge in many rural communities is the shortage of medical personnel; a problem that is even more severe in tribal communities, especially those in remote reservation locations. The IHS Scholarship Program provides qualified American Indian and Alaska Native health profession students an opportunity to establish an educational foundation for a career in health care and serve medically underserved Indian health programs throughout the country. Since IHS began providing scholarships in 1978, nearly 7,000 students have received awards. The Loan Repayment Program awards repayment of up to $40,000 for qualified health profession education loans to clinicians. These new providers are typically placed in Indian Health Program facilities with the greatest staffing needs. With shortages of clinicians that number in the thousands across American Indian and Alaska Native communities, markedly expanding these programs is essential to ensuring communities have needed providers.

Changes contemplated in other federal programs will also be felt by Native Americans. For example, recent attempts to roll back Medicaid expansion or add new barriers to obtaining Medicaid would have devastating effects on Native Americans. In FY 2016, the IHS collected over $649 million in Medicaid reimbursements--comprising over two-thirds of total third-party reimbursements. Third-party coverage also plays a significant role in the provision of health care services by non-Indian health care providers when certain services are not available through the Indian health system. Between 2014 and 2015, when Medicaid expansion took effect, IHS saw a considerable increase in health care services in the user population that had Medicaid coverage.

In July 2003, the U.S. Commission on Civil Rights published a report that outlined civil rights disparities in health care for Native Americans. Unfortunately, most of the findings in that report are still true 15 years later. Moreover, the scale of the crisis has expanded given population increases and the inability of funding to keep pace.

Nonetheless, despite pockets of good news, decades of well-documented challenges and underfunding remain. To begin to put Native Americans on a path to health equity, adequate funding that supports evidence-based, outcome-based, and community-based approaches is essential. Quantifiable goals need to be set that focus explicitly on chronic-illness reduction, and associated measures need to be defined and closely monitored. A strong investment in public health and illness prevention is essential to turning the tide on severe chronic diseases impacting these populations. Additionally, access to specialty care, a greater pipeline of health professionals to serve in tribal communities, including much larger scholarship and loan repayment programs, as well as technology investments and strong leadership and associated training are all needed. As Henry Ford said, “If we keep doing what we have always done, we will keep getting what we have always gotten.” We know how to reverse health inequities. Working with tribal leadership, the U.S. government has a moral and legal responsibility to address this crisis in health equity.

Mary Smith, an enrolled member of the Cherokee Nation, is the national secretary of the American Bar Association and is a former principal deputy director (and chief executive) of the Indian Health Service