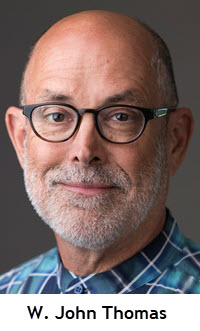 “I hate it when I am alone,” says Hassan, a nine year old Syrian refugee. “When I get afraid,” he adds, “my body starts shaking. It shakes and my heart starts beating fast.” When he is able to sleep, Hassan fantasizes about a solution to the living nightmare he endures as a refugee child. “I dream of a big bird, bigger than me, that I can ride it and fly away.”

Other refugee children appear even to have lost the ability to dream. “She is no longer Razan,” says one Syrian refugee child of her seven-year-old sister. “She looks like Razan, but from the inside, she isn't Razan.” The child's persona “is absent,” because after the trauma of escaping from a war torn Syria, Razan “never came back to how she was before.” The child has “forgotten everything she learnt. She has nothing anymore.”

Hassan and Razan may feel alone, but they have plenty of company. The seven years of conflict in Syria have displaced sixty percent of the nation's population, or almost thirteen million people. “At least 3 million Syrian children under the age of six know nothing but war.” Moreover, nearly all of these children exhibit symptoms of environmentally-induced mental illness:

The children are psychologically crushed and tired. When we do activities like singing with them, they don't respond at all. They don't laugh like they would normally. They draw images of children being butchered in the war, or tanks, or the siege and the lack of food. 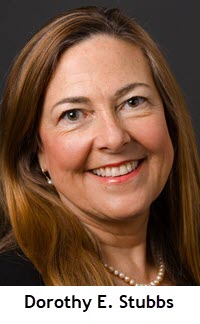 As each passing year “plumbs new, previously unimaginable depths of violence against children, and violations of international law by all sides,” the toll is more than psychological, and its impact likely extends beyond the generation mired in this tragedy. Neurological studies have revealed that human brains develop slowly, not fully maturing until around the age of thirty. Experiencing stress can disrupt brain development. Moreover, stress in the early stages of brain development is most harmful. Indeed, exposure to extreme stress in early childhood can lead “to damaged, weakened bodily systems and brain architecture, with lifelong repercussions”:

In the extreme, such as in cases of severe, chronic abuse, especially during early, sensitive periods of brain development, the regions of the brain involved in fear, anxiety, and impulsive responses may overproduce neural connections while those regions dedicated to reasoning, planning, and behavioral control may produce fewer neural connections.

Emerging data suggests that the repercussions are not limited to the generation experiencing the stress. The emerging field of epigenetics studies how “our environments and experiences can subtly alter our gene activity.” Simply put, environmental factors, including “emotional experiences” such as stress, “can make us more or less susceptible to particular health problems,” including mental illness. What we experience influences whether a “gene turns on or off to produce a certain protein. This causes changes in the body and is believed to be responsible for some major mental disorders, including Schizophrenia, Bipolar Depression, and the Autism disease spectrum.” Moreover, current research suggests that these stress-induced traits may be inheritable. The sins visited upon the parent may also plague the child ... and more remote descendants.

This article is a companion to the March 23, 2018, Quinnipiac Law Review symposium of the same title. Both article and symposium assess epigenetic inheritance in the context of the refugee experience and posit legal, social, and clinical responses to this potentially multi-generational crisis.

Part I of this article contextualizes the worldwide refugee crisis.

“Where's mommy?” asks a woman's three year old son. The boy's sixteen year old brother, also housed in a shelter for unaccompanied minors near Phoenix, Arizona, lies and says, “She had to go to work.” The children are unaccompanied because U.S. border patrol officials physically separated them from their mother in Texas and shipped them two states away from her.

U.S. immigration authorities separated the mother and children under a policy designed to make undocumented entry into the U.S. sufficiently unpleasant so that it will deter future attempts. Trump Administration Chief of Staff, John Kelly, originally articulated the policy, but in response to criticism, ceased discussing it. The policy seems particularly misplaced in this case because the mother and her children were seeking refuge from the gang MS-13, a group President Trump has dubbed a “vile criminal cartel.”

Mother and children entered the U.S. sans documentation because MS-13 threatened their lives in El Salvador. The gang had beaten and threatened to kill the woman's husband when he refused to ferry them away from police in his taxi. After the husband fled to safety in the U.S., MS-13 turned its attention to the woman and her children. On their arrival in U.S., customs officials separated mother and children, neither informing them about the other's whereabouts nor facilitating communications between them. The mother, once released from detention after producing credible evidence of the gang threat, and after three months of separation, was finally able to reunite with her children.

The plight of the El Salvadoran mother and her children presents U.S. refugee and asylum-seeker policy in a microcosm. It is not simply that U.S. policy fails to account for the well-being of children. U.S. officials endeavor to create circumstances likely to cause children psychological damage as a vehicle for frightening other children and their parents. We know that these experiences will negatively affect the development of these children's brains. Emerging research suggests that the children's progeny can inherit the consequences. We not only risk damaging these children living in challenging circumstances, but we risk the fate of all subsequent generations.

The conditions that comprise this threat are multivariate. Refugee law, international and domestic, provides a slow-moving process that places children in a devastating setting for months, and sometimes years. The U.S. has reduced the number of refugees it may admit to a historic low. The Trump Administration travel bans target countries from which these children habitually seek refuge.

The solution must be equally multivariate. The refuge and asylum processes must be accelerated. The pleas of unaccompanied children and families must be considered before those of adults traveling without children. Clinical intervention must be culturally sensitive and be available early and often. The U.S. must embrace the doctrine of nonrefoulement, which prohibits states from returning refugees or asylum seekers to countries from which they seek protection. The U.S. must also embrace the covenant “that childhood is entitled to special care and assistance.” A good first step would be to ratify the Convention on the Rights of the Child.

We end, then, by urging the global community to embrace the admonition with which we began this article:

There can be no keener revelation of a society's soul than the way in which it treats its children.  --Nelson Mandela