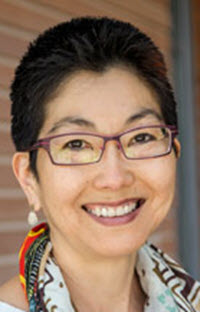 It is said that if you have your health, you have everything. This common wisdom expresses recognition that physical and mental health premise much of what we are, what we can do, and what we need. Status, wealth, and health are very closely linked. In part, status and wealth are interdependent with health. The Americans with Disabilities Act addresses this truth. Wealth, as Professors Regina Austin and Patricia Hill Collins have shown, is both expressive of and the basis for opportunity. Similarly, privileged status and wealth often promote good health, and conversely, subordinated status and lack of wealth correlate to poor health and limited access to the means to address health problems. Hence, it is more accurate to understand health status as intertwined with wealth and status systems such as race and gender. The central point of critique in my analysis is that we usually fail to understand health status as more than a physical description.

As a society and as a nation, we seem to take the common wisdom seriously. We have invested a great deal of brainpower, educational and research resources, money, institutional energy, and corporate and political capital into measuring health and developing means to address health problems. Yet, critical and liberal theorists have shown that race, gender, and class implicitly set priorities among these efforts, structure the allocation of resources, and shape our understanding and use of acquired knowledge. I aim to explicate the question of how the subordinating use of race, gender, and class categories results in a constrained and unnatural understanding of health, which in turn, reinforces the stratification of health care. My aim is specific-I hope to show how the standard methods of measuring health fail to account for the health concerns of women of color and how the standard measures fail to translate into adequate health care for women of color. I focus on Asian and Pacific Islander women, but the critique and the suggestions that I offer may have broader application to the use of race and gender categories in assessments of health status and needs.

One rarely hears the words “Asian,” “American,” “women,” and “health” in the same sentence, paragraph, or even discussion. You hear about Pacific Islanders or Pacific Islander women even more rarely. My thesis is that this gap in health care assessment results, in part, from the “fuzzy logic” of exclusion and that the logic of exclusion is made fuzzy by the convenient shifts in meaning assigned to the categories of exclusion. Below, I try to reveal the shifts in meaning given to gender and race categories, how gender and race operate outside the measured boundaries of Asian American women's lives, and how we might shift our research strategies to more accurately assess the health care needs of women of color.

In the next two parts, I explicate the fuzzy logic of the current health-measuring practices. I focus on the contradictions and irrationalities of measuring race and gender for purposes of assessing health care status and needs.

In Part II, I describe and critique the contradiction between using race and gender to measure health care, but doing so in a way that ignores the social context in which these categories operate.

Health is a fuzzy concept. Its borders are indeterminate, not confined to the body, to the biological variables and vital statistics, or to narrowly defined, socially constructed categories. Although I have used fuzzy logic in both its popular culture meaning and its official meaning as a critique rather than as an analytical method, I have some of the same hopes for the use of fuzzy logic concepts as other fuzzy logic proponents do. Canadian author, Tom Harpur, sees fuzzy logic as a counter to “‘either/or’ Aristotelian logic” and argues for embracing “both/and” ambiguity to foster greater tolerance and inclusiveness. I believe that embracing health, race, gender, and class as borderless, dynamic processes will not only enable a more accurate understanding of Asian Pacific American women's health, but that it can lead to better understanding of the ways in which Asian Pacific American women's lives are connected to, not isolated from, those of others.