The Black Maternal Health Crisis: How to Right a Harrowing History Through Judicial and Legislative Reform 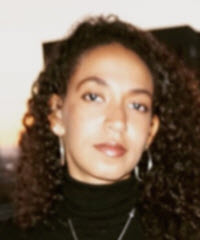 For centuries, Black Americans have existed as second-class citizens. With glaring disparities in nearly every facet of society, Black Americans consistently fare worse than their fellow countrymen. Now, amidst a global pandemic and race revolution, Black people find themselves in even more dire situations. Currently, Black mothers are 243 percent more likely to die from pregnancy or childbirth related causes than white women. The emotional, medical, communal, and spiritual costs of these deaths and near deaths are compounded by the enormous financial burdens they bring. In fact, available data suggests the costs of maternal morbidity in America amounts to billions of dollars every year.

The financial loss of these tragedies is spread across private and state insurance companies, individuals, families, taxpayers, and communities. Worse, many medical professionals admit the majority of these deaths, and near deaths, are preventable through adequate monitoring, early intervention, and appropriate medical treatment. Yet, despite the social, moral, and financial considerations, which affect the entire country, the current Black maternal health crisis embodies the all too familiar narrative of how Black Americans continue to be victims of failed systems.

The failure of the American jurisprudence system to reckon with racism, as it exists today, eschews the opportunity for legal safeguards to protect against discrimination. Moreover, it restricts the law's ability to create equity and redress systems that historically disenfranchised Black Americans. Structural racism is a societal web of “social, economic, and governmental practices, systems, and policies,” that advantages people classified as white and disadvantages those classified as “people of color.” As such, it functions irrespective of the individual actor's intent and requires a comprehensive and contextualized perspective to understand.

Distinct from individual racism, which arises from prejudiced attitudes and behaviors, structural racism stems from self-replicating, societal systems. Examples of structural racism are aggressive street crime and quality of life law enforcement policies in poor communities. Even though that type of law may be enacted with no discriminatory intent, it results in racial disparities. Though not as obvious as a prejudiced individual, those laws could be equally damaging and even more far-reaching in scope. Accordingly, both structural and individual racism are contributing to the ongoing Black maternal health crisis. By ignoring the existence of structural racism, jurists interpreting the Equal Protection Clause dilute the Fourteenth Amendment's ability to “combat the oppressive race-based gaps in life chances produced by structural racism.”

To begin the arduous and complicated process of dismantling structural racism, this article suggests jurists apply existing laws in a way that revitalizes the safeguards intended to be checks against discrimination. That is, the Fourteenth Amendment's Equal Protection Clause has the potential to contribute to undoing structural racism through: (1) considering the discriminatory effects of government action, rather than solely focusing on the actor's intent, and (2) contextualizing policies within a societal and historical context. Once adopted, these shifts in perception and application would not only justify, but would necessitate, new legislation to combat structural and individual racism and corresponding implicit racial biases.

To best posture this comment's prescription, Part II provides a brief overview of the history and current state of maternal health in America.

With this foundation, Part III addresses how restoring anti-discriminatory legal safeguards, by revitalizing the Equal Protection Doctrine and creating targeted legislation, can have significant positive impacts as the country navigates this crisis.

Namely, the Black Maternal Health Momnibus Act of 2020, which establishes task forces to address “social determinants of health, maternal mental and behavioral health, and other topics.” It also awards grants for committees to review maternal mortality, to develop innovative maternity care models, as well as other purposes. As a whole the Act is a promising step in the right direction, yet improvements in feasibility and impact are required. For instance, failure to include a national maternity leave proposal dilutes the Act's ability to effectuate change. Likewise, task forces must be designed to foster optimal participation and yield results. To improve the Act, lessons from other countries can provide blueprints for an effective starting point, while properly leveraging the benefits of technology can increase transparency and establish accountability among providers. With all of the potential good that could emanate from the Act, ultimately, making maternity care safe, affordable, and accessible requires a complete value shift and systemic overhaul.

This comment recognizes that governmental policies alone will not dismantle structural racism. It purports to provide suggestions for legal revitalizations that could serve as useful guideposts, while catalyzing similarly meaningful changes in other segments of the population. Additionally, by revamping the current maternal health system and the underpinnings of the philosophy on which it functions, targeted and effective legislation can facilitate progress. Moreover, the legal shifts suggested herein have the potential to uproot entire systemic shortfalls that perpetuate a deeply engrained racial hierarchy in America. Indeed, the same system that continues to enable the killing of Black bodies by law enforcement, imprisons Black people at disproportionate rates, and puts Black lives in greater peril at the hands of Covid-19, is the same system under which Black mothers are dying at unprecedented rates.

A restorative jurisprudence system is more amenable to the notions of reframing maternal health values, leveraging technology and traditional wisdom, and centering communities as invaluable resources. In turn, this new approach better aligns the maternal health care system's current and exorbitant expenditures with the high quality that should come as a result of such a grandiose investment.

Because local, state, and federal governments are not the only creators and sustainers of structural racism, non-governmental entities and individuals must also adjust their beliefs, values, and actions to effectively undergo the multi-generational and intense process of eliminating the pervasive racial lens that plagues health care and nearly every other facet of American life. The right combination of attitudes, perspective, measurable and actionable steps, and sound policies can indeed repair the system. The truth is, once maternal health becomes a priority, the maternal health crisis will be solved. There is no question as to whether the United States is capable or equipped to prioritize the importance of Black American women, the real question is, will it? The Black maternal health crisis affects all of us in some way, whether economic, social, moral, or personal--maternal health is in fact a societal issue. After all, we all fall into one of two categories, if not both, we either are mothers or have one.

Ms. Thompson-Dudiak also operates a private law practice in California, which focuses on building generational wealth and establishing strong foundations through Estate Planning and Bussiness Development. Additionally, she is writing a novel based on her life and world travels. The author may be reached at mthompsondudiaklaw@gmail.com.