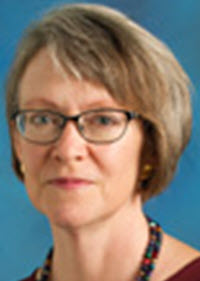 The year 2017 was politically tumultuous in the U.S. on many fronts, but perhaps none more so than health care. For enrollees in the Medicaid program and their advocates, it was a 'year of living precariously.’ Long-promised Republican efforts to repeal the Affordable Care Act (ACA) also took aim at Medicaid, the joint federal-state health insurance program for persons with low incomes, with proposals to fundamentally restructure the program and drastically cut its federal funding.

These proposals provoked pushback from legislators and policy analysts and protests from activists. The pushback and protests included formal opposition from groups representing people with disabilities and people of color. They also included many individual protesters who raised their voices against the proposed cuts. Ultimately, threats to Medicaid prompted defensive strategies that stymied both the efforts at “repeal and replace” and proposed changes to Medicaid. This opposition should not have surprised the proponents of 'reforming’ Medicaid. Both people of color and people with disabilities carry disproportionate burdens of ill health and face more significant barriers to accessing quality health care than other groups. In the parlance of health researchers, these groups experience health disparities and health care disparities. Although the causes of health disparities are multiple and complex and effective remedies for racial and disability-based health disparities remain elusive, the Medicaid program is particularly important to both groups.

The repeated thwarting of Republican attempts in 2017 to directly repeal the ACA and decimate Medicaid was in many ways a stunning and unexpected feat. Political scientists in years to come will no doubt attempt to explain exactly what happened, but it seems beyond question that ongoing protests and the vocal advocacy for protecting the Medicaid program played a role in defeating “repeal and replace.” In short, the willingness of people of color and people with disabilities, along with others, to lay their bodies on the line to achieve a shared goal made a difference in preventing the dismemberment of the Medicaid program.

This example of successful advocacy left me wondering about other health-related concerns people with disabilities and people of color might share. Exploring the full range of parallel or shared concerns is a larger project than this Article permits, but considering Medicaid's importance in responding to the health disparities experienced by both people with disabilities and people of color is a good place to start. That is the point of this Article. Greater understanding of the parallel and intersecting concerns that people with disabilities and people of color have regarding Medicaid holds value as an intellectual endeavor. It may also offer an underappreciated resource by encouraging persons who identify with different communities to recognize their common stake in Medicaid, and that recognition may enable more collaborative and effective advocacy to protect mutual interests in the program.

Part II of this Article will briefly recount the history of the Medicaid program, demonstrating how its coverage has expanded over time despite the program's enduring vulnerability and (at least in some states) stinginess. In particular, it will describe how the ACA enlarged both Medicaid's practical scope and its philosophical premise and how, by contrast, Republican proposals in 2017 sought a significant retrenchment of the program's scope and the federal government's role in it. Because Republicans controlled both houses of Congress and the White House, passing those proposals should have been easy, but those efforts failed, in part as the result of sustained protests and advocacy by people with disabilities and people of color.

Part III explores why those groups have so much at stake in Medicaid, looking first to the health disparities that both groups experience. To explain how threats to Medicaid in 2017 provoked similar responses by people in both communities, Part III also considers the relevance of race to states' Medicaid expansion choices and the vulnerability of community-based services for people with disabilities if Medicaid's federal funding were drastically cut.

Finally, Part IV will suggest two areas where current Medicaid policy initiatives signal particular importance for marginalized groups like people of color and people with disabilities. These include growing calls for Medicaid work requirements and experiments with adopting value-based payment models for Medicaid providers. These are additional areas where collaborative advocacy may enhance the ability of people of color and people with disabilities to protect their parallel interests.

Advocacy and activism by people with disabilities and people of color played a role in the failure to repeal the ACA and fundamentally restructure Medicaid. Their actions were motivated by strong interests--shared and distinctive--that both groups had in preserving and strengthening Medicaid so it could continue to provide access to needed care and help narrow health disparities those groups experience. The preservation of the ACA and the Medicaid program demonstrates the power of advocacy and activism by these groups. Further changes to Medicaid policy, such as the imposition of work requirements and the adoption of value-based reimbursement methods, also pose threats to access to care for Medicaid enrollees in these groups. Identifying the similarity of these threats gives Medicaid enrollees who have disabilities or are members of a minority group a chance to find common ground in pursuing advocacy and activism to ensure that Medicaid functions to narrow health disparities rather than exacerbating them.