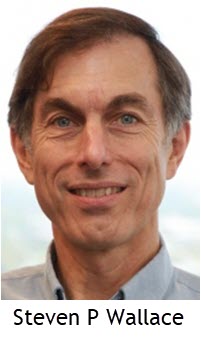 There has been considerable debate in the 1990s about whether race and ethnicity should guide public policy. One approach is to develop policies specifically designed to increase the political and economic power of minority groups that have been historically disadvantaged in the United States. Such policies explicitly aim for racial parity in outcomes and opportunities. Some policies that embody this approach, such as drawing congressional district boundaries with the specific goal of creating districts in which African-Americans or Latinos constitute a majority of voters, have been ruled unconstitutional. Others, such as affirmative action in hiring, have come under increasing political pressure. Critics argue that such race-conscious policies are unnecessary. They assert that there is now a “level playing field:” that all persons, irrespective of race, have an equal chance to achieve life, liberty, and the pursuit of happiness. In contrast, proponents of such race-attentive policies believe that American social and economic institutions continue to disadvantage large numbers of persons based on race and ethnicity. 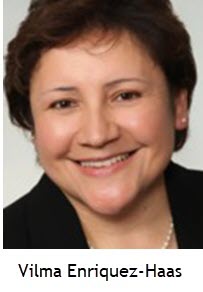 Although there is considerable debate about how race affects opportunities today, it is clear that race has affected the life circumstances of most of today's elderly. Housing, schools, jobs, and medical care were rigidly segregated until the 1960s in the South and other parts of the country. In California, a non-Southern state, school segregation statutes were not fully repealed until 1947. Similarly, restrictive covenants that enabled racially exclusive neighborhoods did not become illegal until 1948, and continued to be practiced informally until the 1960s. Labor markets were also racially segregated. In 1950, over one-third of all African-American men were laborers and two-fifths of employed African-American women were domestic workers. In contrast, only eleven percent of white men (including Hispanics) were laborers and only four percent of white women were domestic workers. School segregation was ruled unconstitutional when today's older people were in their twenties, and the Civil Rights Act was passed when they were in their thirties. Today's older minorities were born in a society where de jure segregation existed, and many worked all their lives without health insurance, pensions, or other benefits. These social and legal conditions severely limited the opportunities of most of today's minority elderly, without regard to their personal efforts. Such historical practices are largely responsible for current conditions, where older minorities generally have poorer health, lower incomes, and more difficult living conditions than older whites. 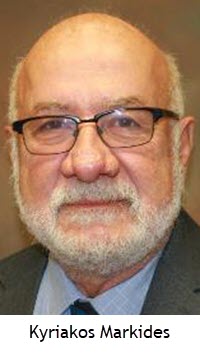 The health status and life stage of older persons render the medical care system one of the most important institutions in their lives. Typically, older persons are no longer employed or pursuing an education. They seek new housing and enter the criminal justice system far less often than younger persons. Thus, public policy concerning employment, education, housing, or criminal justice has less of a direct impact on the lives of older persons than health policy. The importance of health policy is further underscored by the findings of a national commission under President Reagan. The commission concluded that all persons in our society have a basic right to medical care, reasoning that a minimum level of health is necessary for a person to exercise his/her social rights and responsibilities. Health care access may be considered equitable, therefore, when the primary determinant of one's use of basic health care services is one's level of need for health care, rather than one's wealth, geographical location, or other factors.

We argue that although health policymaking for the elderly rarely takes racial implications into account, it should. Otherwise, the effects of historical discrimination and current circumstances will likely render most race-neutral policies disproportionately disadvantageous to minorities. Policies that have been of most benefit to minority elderly in the contemporary era are those that have focused on raising the level of the floor in access and quality of medical care for all older persons. Policies that address race explicitly, such as desegregating hospitals to facilitate Medicare coverage, have been less common. We conclude that there ought to be a more explicit awareness of the racial effects of proposed changes in health and aging policies. Current racial disparities in health status and access to health care are the result of socially and politically created racial differences in levels of income, health insurance, education, housing location, and other social resources. Only by being sensitive to race, we argue, can one select color-blind policies that reduce these racial disparities.

In sum, it is crucial that we be race-sensitive as we devise health and aging policy in the future. As our elderly population becomes increasingly diverse, we need to better understand the distribution of health needs and resources throughout our population. On average, minority elderly have more health care needs and fewer economic resources than white elders. The health and economic problems of older minorities are rooted in historic practices of discrimination. Few major health and aging policy initiatives specifically address race, even though most such initiatives are not neutral in their consequences for older persons of various racial and ethnic backgrounds.

Health policymakers must sustain the ideal of assuring all older persons equitable health care access in accordance with their individual needs for health services. One method to achieve this goal is to enact national health insurance, as most industrialized nations other than the United States have already done. A universal insurance program would cover persons of all ages and incomes, eliminating program stratification along these lines. It would undoubtedly change the political and economic dynamics of U.S. health policymaking. Yet, even under such a system, it would be important to remain sensitive to race when evaluating policy initiatives. As long as race shapes the earlier life chances of older persons, we will need to remain vigilant in identifying how aging policies reinforce or ameliorate such life-long disadvantages.

Steven P. Wallace received his Ph.D. in Sociology from the University of California at San Francisco. He is currently an Associate Professor of Public Health at UCLA, associate director of the UCLA Center for Health Policy Research, and the Borun Scholar of the Anna and Harry Borun Center for Gerontological Research.

Vilma Enriquez-Haass received her masters in public health from the University of California at Los Angeles, where she is currently pursuing a doctoral degree.

Kyriakos S. Markides received his Ph.D. in Sociology from Louisiana State University. He is currently Professor and Director of the Division of Sociomedical Sciences, at the University of Texas Medical Branch in Galveston. Dr. Markides is also Editor of the Journal of Aging and Health which he founded in 1989.