On Bill Cosby, R Kelly, Police and the Lack of Justice for Black Women 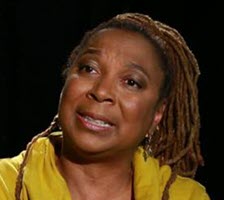 I believe Bill Cosby is a rapist and at long last a court of law agrees. This conviction is long overdue.

But I’m not breaking out the champagne and yes, a part of it is in knowing that it’s still such a painful moment for so many Black folks whose attachment to him was seared into our collective consciousness as an unapologetically black character on TV. (Quite unlike OJ I have to say.) So, for some of us, witnessing this day of reckoning is a more somber affair. A moment to reflect.

In doing so, I can’t join the chorus that this is an unmitigated victory for all women. Yes, I know Cosby was an equal opportunity abuser. But I can’t shake the feeling that had Cosby kept his brutality in house—had it been a special “down Home courting ritual” reserved for Black women only—this day would have never come. It certainly hasn’t come—-not yet at least—for R. Kelly although the record there is long and clear.

Nor will the day likely come for the three officers who abused and humiliated Chikesia Clemons in the Waffle House last Sunday. There on display is the brutal repression against Black uppityness that amplifies and extends the Starbucks affair. 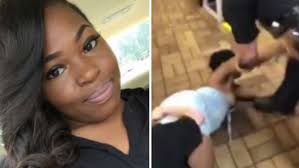 So now we have a Cosby conviction and a Starbucks training. Victories against patriarchy and racism, yes. But when it is Black faces that are centered in stories about sexual abuse, and when women are the ones humiliated and brutalized by anti-Black police violence, the passionate masses demanding justice just don’t seem to materialize. That’s why Kelly is still free and why the Waffle House is unrepentant.

Why aren’t we equally outraged and appalled by these acts of race and gender violence—-when the victims of both are Black women? What’s missing in our comprehension that would otherwise drive people to act against this abuse?

I find myself wondering almost daily what in the world must be done to get this culture to care about Black women. I think perhaps until we begin to ride or die for each other, the terms of trickle down feminism and anti-racism will never change.

And from what I’ve seen, that’s a heavier lift than it seems.