Rap on Trial: The Case for Nonliteral Interpretation of Rap Lyrics

And he don't know ...
That I dug my key into the side
Of his pretty little souped-up four-wheel drive,
Carved my name into his leather seats ...
I took a Louisville slugger to both headlights,
Slashed a hole in all four tires ...
Maybe next time he'll think before he cheats. 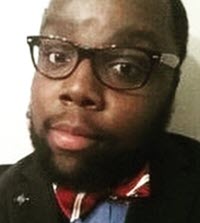 These lyrics are excerpted from the chart-topper "Before He Cheats" by Carrie Underwood. While beginning a law review Note about rap lyrics with lyrics from a country song may seem unconventional, there is a lesson to be learned here. Although reasonable people can disagree, it is a fair assumption to believe Underwood didn't really knock out her significant other's headlights with a baseball bat. No one truly suspects Bob Marley shot the sheriff, or believes that Freddie Mercury killed a man. Country, reggae, and rock, respectively, are not generally associated with violence. Songs in these genres are taken as music made by the artist and not statements made by the individual.

Rap music, however, is scarcely afforded the luxury of a nonliteral interpretation of its lyrics. As stated by Jay-Z in his memoir Decoded,

[G]reat MCing is not just about filling in the meter of the song with rhythm and melody. The other ways that poets make words work is by giving them layers of meaning, so you can use them to get at complicated truths in a way that straightforward storytelling fails to do. The words you use can be read a dozen different ways: They can be funny and serious. They can be symbolic and literal. They can be nakedly obvious and subliminally effective at the same time. The art of rap is deceptive. It seems so straightforward and personal and real that people read it completely literally, as raw testimony or autobiography.

Paradoxes abound when rappers face criminal prosecution. When the contents of their music (which they claim embodies their personal experiences) is used against them, they must either defend their lyrics and inculpate themselves or denounce their "real" lifestyle and be derided as frauds in the rap community. Is this because of the less-than-wholesome topics--such as murder, gang violence, and drug use--that permeate to the core of today's rap music (even though, like other genres of music, the songs are simply an artistic use of metaphor and hyperbole by a rapper who, almost always, uses a stage name and adopts a fictional persona)?

Generally, when average the person thinks about violent rap, their mind inevitably turns to the 90's and the vitriolic East Coast vs. West Coast feuds, headed by rap icons Biggie Smalls and Tupac Shakur. Originally on good terms with one another, Tupac suspected that Biggie and Puffy were involved when he was shot outside of his Manhattan recording studio. While territorial rivalry was not uncommon in the rap community, this rivalry "blossomed into a dangerous vendetta between the east and west coast factions, stoked by lyrical provocations from Biggie (Who Shot Ya?) and Tupac (Hit Em Up)." Indeed, "rap music transformed into gansta' rap and became increasingly associated with violence when rappers Tupac Shakur and [Biggie Smalls] were murdered."

Because of this association with violence that rap now possessed, courts began to disregard the notion of artistic license afforded to other genres of music and instead condemned rap for its content. Rap music, like any form of music, or any form of art, for that matter, is subject to the interpretation of the listener/viewer, but we must also consider the interpretation and intent of the writer (who often may not even be the rapper). However, in recent years, courts have begun using these rap lyrics as damning evidence in criminal trials. Ostensibly, these lyrics are used to show that the defendant had either knowledge or intent, or to prove the commission of a crime. In practice, however, these lyrics are used to paint the defendant in a negative light with the hope that the jury will convict the defendant because of what he raps about instead of the evidence presented against him.

Convicting potentially innocent defendants is not only repugnant to basic moral principles, but also to one of the paramount tenets of the criminal justice system, stating that it is "far worse to convict an innocent man than to let a guilty man go free." By convicting defendants based on their music lyrics, judges are unconsciously shaping the future of rap music by putting rappers on notice that their own livelihood could be turned against them in a courtroom. For many artists, rap is not just a form of music, but also a rich collection of art spanning decades of culture, generations of growth, and an ever-increasing fan base.

Although the culture of rap has changed drastically, there are elements of the genre that remain from its roots. The majority of rap artists are generally lower-class black males who use music as an avenue to express the struggles of their everyday lives, including poverty and crime. Not every artist has personally experienced the events expressed in their lyrics. A rapper who witnesses a murder may choose to write lyrics that provide a first-person perspective of the murder, even though he did not personally pull the trigger. However, like other forms of art, rappers must be allowed some measure of artistic license without every word, line, and verse being taken literally-- a liberty afforded to other genres of music. By courts using these lyrics in their most literal fashion, rap artists are not only having their own work used against them, but are effectively being silenced by having their platform for expression taken away.

This Note will consider the consequences of using rap artists' lyrics against them and the overwhelming prejudicial effect these lyrics have on juries. This Note will also evaluate when these lyrics should be used, in what limited scope they should be used, and why rap artists would even bother using incriminating lyrics if they know there is a chance the lyrics could be used against them. The questions I advance are these: when, if ever, can a rapper's lyrics be used to constitute a confession against him? Additionally, do the arguably marginal probative benefits of admitting these lyrics outweigh the evidentiary and policy interests of excluding them?

Rap's enigmatic nature has drawn both criticism and praise that runs the gamut. Critics bash rap music as profane; however, proponents recognize the social platform rap provides for the disenfranchised--profane lyrics and all. It has evolved from an underground movement popular in inner cities into something that reaches beyond the realm of music. Rap has influenced fashion and politics. Unfortunately, rap music has also wormed its way into the courtroom.

Despite sharing elements with other mediums of art, rap music has been prosecuted (as well as persecuted) for being "evil" and "malicious." The Delphic nature of rap music creates a proverbial Gordian knot for judges; how can a judge interpret rap lyrics, a form of art, in the same way that they interpret the Constitution, the foundation upon which the United States was built? Individuals who are experts in the rap genre vehemently disagree on what rap is and what it stands for; it boggles the mind to understand how judges--who are likely not specialists in lyrical interpretation, context, or the background and history of rap--can definitively decide rap lyrics contain even a scintilla of probative evidentiary value.

While there are legitimate reasons to use rap lyrics as evidence in limited circumstances, there are arguably more reasons to exclude these lyrics and presume them as inadmissible in criminal prosecutions. By admitting these lyrics, the notion that rap music is aggressive or violent (or any other adjectives used to devalue the genre) is further reinforced when fortified by the presence of a (usually gruesome) criminal prosecution. This negative impression marginalizes rap music, even though rap represents more than just prosecutorial evidence to many people. Rap music is like any other medium of expression we enjoy. In a word, rap is entertainment. An escape. Expressive. When we debase the rap genre as wholly degenerate by using lyrics as evidence in criminal prosecutions, we negatively affect both the rapper-defendant in the courtroom, and the rap world outside of the courtroom. When critiquing or analyzing rap music for its evidentiary value, both the judge and jury must go beyond the surface of the music they are listening to and endeavor to ascertain the underlying message the artist is striving to illustrate. To quote actress Samantha Morton, "[R]ap music isn't just about guns and sexism. They're talking about real things you can hang on to, problems of identity that you have sympathy with. It's not just about the music, with rap ... it meant a whole lot more than that."