Fake News and Racial, Ethnic, and Religious Minorities: A Precarious Quest for Truth 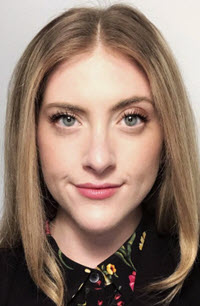 The years following the 2016 American Presidential election forced a reckoning with the role that misinformation played in our country's increasing political polarization. Today, consumers of online news media are still confronted with a seemingly impossible task: mitigating the effects of fake news without excessively burdening free speech. "Fake news" is an inherently mischievous sub-genre of a broader category of misinformation. Specifically, some psychologists and social scientists define it as one that "mimics the output of the news media in form, but not in organizational process or intent--e.g., lacking editorial norms and processes to weed out the untrue in favor of the true." As a result of several economic and psychological qualities intrinsic to the dissemination of information online, this new sub-genre of misinformation is powerful at shaping public opinion, as the sensationalist rhetoric of the 2016 election evidenced.

Fake news stories have not been limited to political topics, however. From merely biased coverage to utter fabrications, a wide variety of misinformation packaged as "news," has impacted religious, ethnic, and racial groups whose identities are wrapped up in our increasing national polarization.

When the World Economic Forum convened in early 2017 to address fake news, the conversation was not limited to electoral politics or insidious foreign influence. It approached the issue as a more encompassing crisis of global human rights, of which the threat to the democratic process is but one part. When fake news stories spread false narratives about vulnerable minority groups, an entirely different set of questions arises relating to the balance between First Amendment rights and threats to public order.

Fake news that spreads misinformation about minority groups may be construed as a form of group defamation, which many countries around the world place within the reach of government oversight, sometimes even through criminal law. Critically, the United States tends to shy away from "hate speech laws," as a concept, but in the context of fake news, culpability stems less from contempt for the creator's expressive intent and more from its effect. Fake news that falsely and negatively portrays a particular ethnic, racial, or religious group has the power to impute a "terrible criminality." It implies an unworthiness of citizenship or even dehumanizes individual members of those groups. History is littered with violent examples demonstrating why society should aim to prevent these effects.

"Group defamation" laws of the type upheld by the Supreme Court in Beauhamais v. Illinois have fallen out of favor in the United States since the 1950s, but several other countries have recently relied on similar laws to curb the effects of non-political fake news. In response to fake news that has stirred up animosity towards recently arrived immigrant populations, Germany recently expanded its existing group defamation laws to include liability for intermediaries such as Google and Facebook. In a more extreme example, amidst increased ethnic violence in Myanmar's Rakhine state, political leaders have been defending draconian defamation laws under the guise that they are necessary to curb fake news relating to the violence.

Though the American collective consciousness seems primarily focused on the political ramifications of fake news, stories that inflict dignitary harm on individual members of minority groups are also of great concern to the national welfare. However, addressing non-political fake news would involve novel First Amendment questions as to the public's capacity to inoculate itself against fake news in the absence of regulation and alternatively, the government's ability to properly administer a solution to the problem.

This Comment will assess multiple approaches to regulating non-political fake news from a First Amendment perspective, with a passive approach embracing gradual inoculation on one end of the spectrum, to an active approach focused on criminal group libel at the other. However, ideology and abstract legal doctrine alone do not necessarily point to the best answer in practice, especially where it pertains to an outcome-oriented goal like the protection of vulnerable minority groups from campaigns of hatred. The lessons of the past and modern practical concerns indicate that even if legally justifiable, active approaches are less-attractive solutions than passive ones. Yet, this Comment ultimately concludes that neither approach is likely to succeed absent public reckoning with the new values of a "post-truth" America.

As the Packingham majority fervently acknowledged, the unregulated and decentralized environment that incubated social media has been hailed as a reason behind its success as a universally dominant news platform. Yet, this same environment can also be blamed for its corruptibility as a communicative tool. The American public's failure to anticipate or detect fake news online is evidence that, especially where money is to be made, technology evolves at a faster rate than human psychology and sociology.

Previous campaigns to develop an informed citizenry in the face of technologically accelerated misinformation, like the "Public Interest Theory," reflected a quest to institutionalize the ideals put forth in First Amendment values like democratic discourse and the marketplace of ideas. "During the 1940s and 1950s, educators and researchers devoted considerable attention to developing thinking skills within the general public," through propaganda awareness groups, literary and debating societies, and even regulatory schemes like the fairness doctrine.

Meanwhile, despite rising public concern about fake news today, Americans have yet to even agree on the precise nature of the problem. In absence of organic cultural change, the question of government intervention has become a hot topic for debate. Although an active solution like group libel has been proposed and rejected here as an inappropriate remedy for defamatory non-political fake news, more passive alternatives like inoculation and tolerance seem equally unrealistic in the face of growing mistrust of fact-based reasoning as a whole.

Part of this problem may be one of linguistics: the term "fake news" covers a broad range of journalistic forms, from the clickbait and reckless unverified reporting that have primarily been the subject of this inquiry, to the more ubiquitous category of news that President Donald Trump does not like. As a consequence, the term "fake news" is now wielded globally by authoritarian rulers seeking to undermine trust in all institutions, but particularly any media that contradicts them. This analysis has explored how government mistrust should be a warning bell for any criminal censorial power, particularly in an already polarized society.

The problem is larger than an attempt to crush criticism, however. Embedded in the Trump Administration's campaign to erode faith in "mainstream media," conflation of any and all critical content with "fake news," is a call to retreat from Madisonian democratic ideals and Holmes' marketplace of ideas altogether. Arguments about the merits of a government-administered solution to fake news versus a citizen-administered one seem futile in this context, where truth is altogether irrelevant. Furthermore, the foundational principles of free speech in America are perhaps too abstract to serve the purposes of already vulnerable ethnic, racial, and religious groups who face other challenges beyond the daily swell of defamatory online content from travel bans at the border to the threat of police brutality in their own neighborhoods.

The First Amendment may overestimate the human capacity to resist clickbait that promises to soothe deep-seated insecurities and peddle in comforting stereotypes. It may fail to discern that within its aim of constraining government as a whole, it cannot control for the fallibility of the individuals who compose it. However, that does not mean that the pursuit of truth is not an intellectual guidepost worth striving for. Particularly if we cannot rely on the State in this pursuit, we must take it on ourselves as individual members of diverse, but ever-threatened communities.