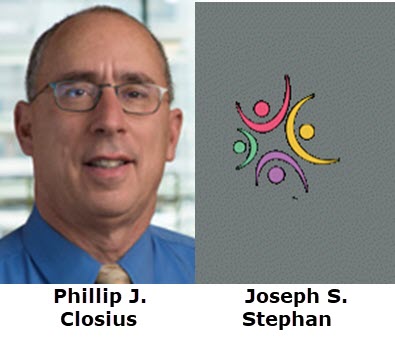 Dreams are the foundation of American culture. Dreams have always been with us: the early religious image of America as a “city upon a hill,” the immigrant dream that education leads to a better life, the ideal that anyone can grow up to be President, the belief that hard work will always pay off, America as the land of equal opportunity for all name but a few. This Article deals with one of America's most deep-seated dreams: the wish of a child--and frequently the child's parents--to play a professional sport. The dream of becoming a professional athlete has engendered an industry of travel teams and specialized coaches catering to the athletic development of grade school children. As children become adults, their love of the game turns them into fans who support multi-billion dollar sports leagues.

Concepts of capitalism are as enduring as dreams in American culture. Although the modern American economy contains socialistic programs begun in the Franklin D. Roosevelt administration, the cultural dialogue of today's America remains overwhelmingly capitalistic. Americans are suspicious of handouts and welfare. The term “socialism” and the label “socialist” are unpopular with a majority of Americans. Capitalism has earned its place in the cultural lexicon by providing Americans with an efficient free market economy. In recent years, American wealth has grown exponentially as technology has enabled capitalistic practices to be adapted to the global economy. However, this economic boom has made the deficiencies of capitalism in America increasingly obvious. One of the most glaring deficiencies is growing income inequality.

American dreams and values should be reflected in the federal legislature, the most powerful branch of the republic created by the Constitution. The division of Congress into two chambers was intended as a check on this power. The population-based House of Representatives was limited by the state-based Senate. The Framers intended this structure to make Congress a reflection of a rational majoritarian will. This reality is best illustrated by the legislative implementation of The New Deal which transformed America from a libertarian state-dominated republic into a quasi-socialist federal-dominated democracy. An overwhelming majority of the population used Congress to reject a system that was not working and create the foundation for modern America's power and wealth. More recently, however, Congress has become increasingly manipulated by wealth generated by capitalism, especially as the cost of running for office soars. Campaign contributions and political lobbying are two methods by which the wealthy achieve their legislative goals. The political influence of wealth has increased income disparity at a shocking rate.

The wealthy have frequently exploited American dreams as a means of increasing their resources. The manipulation of dreams by wealthy capitalists is clearly illustrated in the context of American professional sports. Professional sports generate billions of dollars for team owners, as well as large incomes and public acclaim for elite professional athletes. However, the path to becoming an elite athlete runs through fierce competition against thousands of other athletes in various age brackets. Professional sports are vicious competitions of attrition in which the elite rise above the less talented and injured. As stated by Sara Teristi, a gymnast who was a victim of Michigan State Dr. Larry Nassar: “People don't understand how many broken girls it takes to produce an elite athlete.” Elite athletes cannot be created or identified without the cauldron of travel teams, AAU teams, high school teams, college teams, and minor leagues. Without elite athletes, the enormous revenue generated by professional sports will disappear.

Income inequality is evident in the financial realities of aspiring professional athletes who do not reach the highest level of their sport. As the major sports leagues generate billions of dollars, the economic plight of the athletes who do not “make it,” but who support the developmental system of those who do, is becoming increasingly obvious. Wealthy individuals who own major sports leagues increase their resources by exploiting a dream and manipulating the law. The plight of minor league baseball (“[minor league baseball]”) players best exemplifies this reality. The dream of being a professional baseball player has long held a special place in American culture. Baseball owners exploit that dream by underpaying [minor league baseball] players who have almost no chance of making a Major League team. Owners also use their political influence to deny [minor league baseball] players many of the rights generally enjoyed by other Americans.

I wasn't lucky to be there, I earned it. I worked my ass off to get to that point in my career and wouldn't change a second of it. But, I was treated like property. Speaking up now has taught me a lot about this country: I should be grateful for the opportunity and keep my mouth shut about the quality of life they present to me.

My 2017 season lasted seven months, March through September. March was unpaid. April--unpaid. May--unpaid. Sixteen days in June--unpaid. For 8-10 hours a day, six days a week, for sixteen weeks, I made $0. For my short season (72 games), I was paid $45 per game, or $3 an hour for 70 hours a week. I was guaranteed two meals in my contract and rarely got food to eat. I had to purchase my own equipment (bats, cleats, batting gloves, first base mitt, etc.), rent, travel, and $80 a month for a group of rich high schoolers to clean my jersey. I played in front of 8,000 people a night and went to bed hungry. I made less money that summer than the batboy and after seven months of work, I left with less money than I started, and $2000 in credit card debt.

I was ultimately released after that season due to a back injury. I couldn't even walk as I received that phone call.

With wages below the poverty line and no mobility to market their services, [minor league baseball] players are stuck in a broken system in which pre-existing economic security is nearing the status of a prerequisite for a successful baseball career. For many players, the financial realities of everyday life turn the pursuit of a dream into a financial nightmare. Since the dawn of free agency four decades ago, average Major League Baseball player salaries have grown about 10,000%. In the same period, average [minor league baseball] pay has not even increased enough to cover inflation.

Part II of this Article explains the structure of the minor leagues and the Rule 4 Draft.

Part IV explains how Major League Baseball has used the law to perpetuate the inequity plaguing the overwhelming majority of minor league players.

In a democracy, the legislature should reflect the concepts of fairness and equality which the nation truly values. As Congress has become increasingly influenced by uber-wealth, the growth of income inequality has reduced the ideals of fairness and equality to their bare minimum. This reality is easily identified in the plight of most [minor league baseball] players. Although Supreme Court decisions and the players' own lack of collective will has worsened the situation, it is Congress who has perpetuated the appalling economic reality for the players who support the foundation of Major League Baseball. Neither the House nor the Senate has provided any rationale for explicitly preventing [minor league baseball] players from suing Major League Baseball based on the nation's antitrust laws or the FLSA. The only explanation is the influence of wealthy Major League Baseball owners over Congress, as reflected by their increased lobbying expenditures. Given the public outcry against the first attempt by Congress to exempt [minor league baseball] players from federal minimum wage laws, Congress' actions can also be characterized as counter majoritarian.

Congress should therefore repeal both the antitrust immunity and the exemption from the FLSA it has given Major League Baseball and the owners. The cost of doing so will not destroy major or minor league baseball. The result will simply lift the majority of minor league players from poverty by reducing the profits of Major League Baseball owners only incidentally. The games will still flourish. In addition, such action by Congress will make collective activity by [minor league baseball] players more likely.

As the nation's pastime, the game of baseball “reflects a host of age-old American tensions: between workers and owners, scandal and reform, the individual and the collective.” Baseball even had a key role in the beginning of racial equality in America. Baseball has been “a sort of Rosetta stone for deciphering our still revolutionary experiment in nationhood[,]” and the game “has realized--through individualized brilliance or teamwork or racial harmony--the highest of our country's ideals.” Baseball has advanced our nation, and the undeniable parallels between the game and the law were acknowledged in the Federal Baseball opinion. In return, the law has largely turned its back on the game's most vulnerable. By rectifying its past mistakes, Congress can provide a solution to baseball's best kept secret--the treatment of [minor league baseball]--and may truly save America's pastime. In so doing, Congress would also be taking a first step in realizing its own responsibility in eliminating income inequality in America.

Phillip J. Closius is Professor of Law, University of Baltimore School of Law

Joseph S. Stephan is at the University of Baltimore School of Law, J.D. May 2020