Wake up or Get Woke: The Paradox of America's Diplomatic Export of Hip Hop 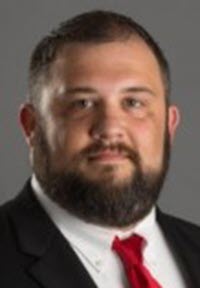 Since 2001, the United States has been sending hip hop artists overseas to perform and promote American culture. But hip hop began in the South Bronx of New York City, driven by disaffected and impoverished African American youth who gave voice to their discontent. There is an inherent hypocrisy in the appropriation and export of a subculture whose formation was driven by dissatisfaction. Likewise, the use of hip hop as a diplomatic tool is the embodiment of a tension where practitioners are asked to fight the power and serve it simultaneously.

How can a country with a history of racial tension espouse hip hop overseas while domestic policies repress the bodies that create the art? This is a question with some gravitas. A question that could invoke empathy for the artist asked to reconcile his treatment as a second-class citizen with his desire to perform and propagate his art. But the question could be worse. The question could be: How can a country do this again? How could a country espouse a culture overseas while subjugating the bodies that create it again?

The paradoxical appropriation of black culture for representative purposes in diplomacy is not new; the United States previously employed African American jazz artists in diplomatic efforts when “... this hitherto disreputable music-- routinely associated in the mass media with drugs and crime--suddenly became America's music.” So what is it that makes this hypocrisy, this appropriation of black culture, possible? I posit that the question is best answered by a short excerpt from the figurative lyrics of Donald Glover, aka Childish Gambino, when he raps, “This is America.”

Today, racially based movements have allowed millions of racial minority group members to enter the political process. Sociologists and scholars have used the term subversive complicity to describe a stance in which a traditionally marginalized or subjugated group participates within an exploitative system in order to resist or reform a hegemonic power. Perhaps Will Power is right, maybe complicity is the only way to effect change. Maybe the artists are not really given a difficult choice at all, but are instead given an opportunity to have their voice heard. Maybe the hypocrisy is a result of hopefulness, where a country can accept its dark past but hope for a brighter future. Now that sounds like America.