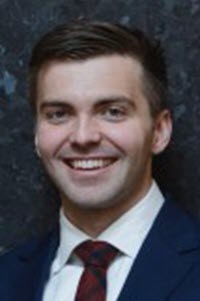 In the recent case of Students for Fair Admissions, Inc. v. President & Fellows of Harvard, a nonprofit challenged Harvard's admissions policy as unlawfully discriminating on the basis of race. The nonprofit, Students for Fair Admissions (SFFA), alleges Harvard's use of affirmative action to benefit African American and Hispanic applicants is a “thinly disguised quota system” that overly burdens Asian American applicants. Harvard asserts that affirmative action is the most effective method for it to achieve its compelling interest in diversity. The lengthy trial resulted in a ruling in favor of Harvard. Finding no error in the trial court opinion, the First Circuit affirmed. Nevertheless, SFFA intends to take the case to the Supreme Court.

Though SFFA v. Harvard presents new questions to affirmative action jurisprudence--unlike past cases, the plaintiffs are Asian American, and the defending university is a private institution--the case falls in line with affirmative action cases previously decided by the Supreme Court. The crux of the decision in SFFA v. Harvard, as it was in Grutter v. Bollinger and Regents of University of California v. Bakke, was the school's compelling interest in diversity. Over forty years ago, the Supreme Court of the United States determined the benefits of diversity outweigh the racial discrimination inherent to affirmative action. Because Harvard demonstrated it has a compelling interest in diversity and that its affirmative action policy is the most efficient way of achieving that interest, its case has prevailed thus far.

Peter S. Arcidiacono, an economics professor at Duke University who acted as the expert witness for SFFA in their lawsuit against Harvard, recently co-authored a study of ALDC preferences at Harvard. Using data made publicly available through the Harvard litigation, the study analyzed the magnitude and racial skew of ALDC tips. Arcidiacono and his co-authors found that not only are the vast majority of ALDC applicants white, but that, without their preferred status, three quarters of admitted white ALDC applicants would have been rejected. Whereas less than 16% of admitted minorities received an ALDC preference, more than 43% of admitted white applicants did. White students given spots at Harvard due to their ALDC status take up spots in the admitted class of students, pushing out minorities who would have otherwise been admitted. The numbers are clear: ALDC tips benefit white students to the detriment of minorities.

Legacy preferences at elite universities have been largely criticized because they give an extra benefit to applicants who already have the privilege of highly educated parents. However, athlete preferences, though seen as meritocratic, provide an even greater admissions boost than other ALDC considerations and have a similar correlation with privilege. At Harvard, where athletes make up 20% of the student body and squash and rowing have as much support as football and basketball, white applicants comprise the only ethnic or racial group benefitted by athlete preferences overall. As such, athlete preferences at elite universities essentially have the effect of affirmative action for white applicants.

This Note adds to the current academic discussion by exploring the viability of disparate impact challenges to athlete admissions preferences. In Part I, I briefly summarize the current legal process for making a disparate impact claim on the basis of race in university admissions. Then, in Part II, I review how that framework has been used in analyses of racial disparate impact in other areas of university admissions, namely standardized test scores and legacy preferences. After establishing this background, I apply the disparate impact framework to athlete preferences in Part III, showing that, even though Ivy League athlete preferences have a clear disparate impact on applicants of color, our current jurisprudence would be unlikely to support such a claim. In Part IV, I propose legislation that would facilitate lawsuits against universities for policies that have the effect of discriminating on the basis of race. Lastly, in Part V, I propose changes that Harvard and other Ivy League universities could make that would mitigate the discriminatory impact of athlete preferences. I conclude with some brief remarks on the importance of combatting all discrimination, even when its scope seems relatively innocuous, as it does here.

At first glance, disparities in athlete admissions may not seem like a significant problem. Indeed, the minority students crowded out of Harvard by athletes are still immensely bright and qualified students that will likely be accepted at some other prestigious institution. Nevertheless, a rejection from Harvard closes a student off from a clear path to the upper echelons of society--not only high income, but also an elite network of presidents, judges, and celebrities. An Ivy League degree is not required for success, but it sure helps.

Furthermore, discriminatory admissions practices--no matter how small--add yet another obstacle to the success of already disadvantaged minorities. Minorities are crowded out of elite universities in the same way they are crowded out of business and politics and in the same way they are crowded into prisons. Racism in America is a tapestry; though the harm of each individual thread may appear negligible, our society has woven these threads into an oppressive canvas.

The policies--in schools, corporations, and governments--that perpetuate these outcomes may not be overtly racist, but their effects are racist all the same. To achieve racial equity, we must tear out each thread that forms the tapestry of American racism. Universities' use of athlete preferences may be but one thread, yet it is a thread all the same.

Our current legislative framework is unable to combat the disparate racial impact of athlete preferences and similarly discriminatory admissions policies. As such, Congress must expand litigants' capabilities under Title VI. Specifically, Congress should allow private parties to bring forth disparate impact claims and require schools to meet a stricter level of scrutiny to demonstrate their discriminatory policies constitute an educational necessity.