Race in the Courthouse: Less Protection as More Equal Protection for Musical Works 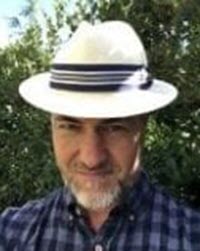 During the past decade or so, stakeholders in the United States popular music sector have become rattled by the possibility of defending themselves against music copyright infringement allegations based on insignificant similarities, or even merely stylistic commonalities, between two musical works. Marquee pop performers like Pharrell Williams, Katy Perry, Ed Sheeran, Taylor Swift, and Led Zeppelin are among many popular musicians who have defended themselves against such claims, attesting the industry's rueful maxim: “Have a hit, get a writ.” This unease among popular songwriters developed over several decades as courts and jurors became increasingly sympathetic towards infringement allegations involving musical works that could not be considered “copies” of an earlier work under any normative understanding of that term.

In 2018, the Ninth Circuit Court of Appeals upheld a jury verdict that “Blurred Lines,” a hit by Robin Thicke and Pharrell Williams, infringed Marvin Gaye's “Got to Give it Up.” Many musicians and copyright experts deemed the verdict an untenable and confusing precedent. They argued that while the sound of the recorded performances of the songs share some stylistic similarities, there was no meaningful similarity of original musical expression.

In a trenchant dissenting opinion, Judge Jacqueline Nguyen predicted this verdict would inhibit the work of popular songwriters, making them vulnerable to claims of misappropriation of unprotectable generic musical elements and styles. Furthermore, she argued, a decision protecting such elements could generate an absurd cascade of colorably legitimate infringement claims. If Thicke and Williams could be found liable for using generic musical and stylistic elements in earlier works by Marvin Gaye, Gaye likewise could be deemed liable for having used generic elements found in the songs of legions of songwriters preceding him.

Those supporting the Williams v. Gaye verdict have proposed that it exposed and remedied a long-standing disparity between copyright protection afforded works of Black and White musicians. This disparity, they claim, can be attributed to the judiciary's obsolete perspective that the protectable scope of a musical work is limited to original melodic, harmonic, and rhythmic expression represented in visual notation.

In this article, I suggest that this invocation of racial prejudice appears to be a gambit to assert control over generic musical elements that copyright was never intended to protect. I begin with a discussion of the development of copyright protection for musical works, and how, over time, recording technologies significantly affected the creation of popular musical expression, and the means of protecting it. Then I consider whether and how the copyright interests of Black popular musicians have been unfairly recognized because of the medium in which many recorded their musical expression. I posit that the modes of creation and fixation used by musicians of any race are irrelevant to the scope of protectable expression in a musical work, and that the ambit of protectable musical expression readily can, and should, be defined by its visual representation. I conclude by suggesting that rather than expanding the scope of protectable musical expression to encompass stylistic and sonic components, contracting it, and even limiting protection for melody, would promote creation of innovative musical expression, particularly in genres like jazz improvisations and spirituals arrangements, to which Black musicians have contributed so significantly.

Robin Thicke and Pharrell Williams did not appeal the Ninth Circuit's decision to the Supreme Court, so the Williams v. Gaye jury verdict can never be directly overturned. In recent decisions favoring defendants Led Zeppelin and Katy Perry, however, courts have averted the pernicious implications of Williams v. Gaye. In both cases the courts dwelt on the limited scope of protection for works with “thin” copyrights, signaling the judiciary's increasing skepticism towards infringement claims based on similar stylistic, acoustical, and secondary musical elements.

I have argued here furthermore that copyright's objectives would be better served if only virtually identical unauthorized copies of even primary musical elements, including melody, were considered infringing. Accordingly, an unauthorized piano score that faithfully and fully reproduces the principal musical elements of a protected symphonic work would be infringing. On the other hand, arrangements, fantasies, variations, etc. that are inspired by and allude to principal musical elements of a protected work should be considered transformative works, which not only do not compete with the earlier work in the market but, in fact, promote it.

Virtually all music infringement disputes could be dismissed if courts recognized copyrightable musical expression as limited to melody, harmony, and rhythm, and that the medium in which a musical work is fixed should not affect the scope of its protection. While the contents of all genres of expression, and the media in which they are recorded, continually evolve, the scope of their copyrightable expression does not. Otherwise, copyright's objective to incentivize original expression would be compromised through inhibiting uncertainty. Because of the regrettable broadening of the scope of protectable expression promulgated by dispositions of various infringement disputes over the past few decades, American popular songwriters now face such uncertainty. Only courts can dispel this incertitude by limiting this scope, even excluding melody in cases involving transformative works, to restore the healthy cross-pollination of styles and genres that has always characterized American popular music.