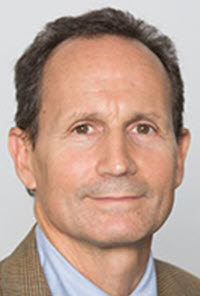 Mr. Pastor telephoned me the day after Christmas. The Miami-Dade branch of the National Association for the Advancement of Colored People (NAACP), he said, had referred him. Mr. Pastor told me that an eight-story housing project for homeless veterans called Karis Village was under construction on his block in Goulds, a predominantly black low-income area of unincorporated Miami-Dade County located twenty-five miles southwest of Miami, Florida. Settled in 1900, Goulds was scarred early by two black lynchings in 1923. Mr. Pastor complained that the Karis Village building was "too big" for a former agricultural district and a county-designated "black housing" area composed mainly of single-family homes. He worried aloud that the housing project might bring more crime, drug traffic, and homeless to the neighborhood, a neighborhood still rife with drug-related crime and violence. And he objected that no black tradesmen were employed at the construction site, adding that he had repeatedly visited the site and its foremen to protest the scale of the building and the absence of black tradesmen but the foremen would no longer speak to him.

I asked Mr. Pastor whether he or his neighbors had received notice of the Karis Village housing project from Miami-Dade County officials or from the developer itself, Carrfour Supportive Housing. He said no, remarking that the only notice came from signage posted at the construction site. I asked him whether he had called the Miami-Dade County commissioner for his district. He said no, voicing skepticism toward "black politicians." I asked him whether there were any black churches in the neighborhood engaged in community development. He said no, expressing misgivings about local ministers and their churches. I asked him whether he had talked to his neighbors about their objections to the Karis Village housing project. Mr. Pastor responded that his neighbors were afraid "to get involved." I asked him whether he had tried to reach out to others in the larger communities of East and West Goulds. He replied: "The concept of community is gone." Finally, he announced that the local NAACP would be meeting at his home during the upcoming week. "Will you be there?" he asked.

The plainspoken question--"Will you be there?"--is familiar to community-based political activists, legal advocates, and clinical teachers alike. I hear it routinely from the clients of our Environmental Justice Clinic, from the ministers and congregations affiliated with our Historic Black Church Program in the Coconut Grove Village West (West Grove) neighborhood of Miami, and from our nonprofit and pro bono partners at the Center for Ethics and Public Service, three interwoven civic engagement and experiential learning projects together housed at the University of Miami School of Law. In fact, Mr. Pastor's question is so commonplace and our answer--"We will do our best." banal and habitual a refrain that I scarcely reflect, and too seldom urge my students to reflect, upon the true complexity of the inquiry, especially when the community at stake may be, in practical fact, gone.

Narrowly cast, the first purpose of this Article is to revisit and to enlarge Mr. Pastor's question as a straightforward petition for clinical, legal-political intervention in the Karis Village project specifically and in Goulds and similarly impoverished Miami-Dade County communities more generally, and to suggest a partial answer to the growing calls for outsider, clinical intervention in this time of widespread inner-city social disorganization, public and private sector neglect, and nonprofit resource scarcity. In doing so, the Article brackets some of the classical concerns of access to justice, indigent representation, and lawyer responsibility implicit in the question of outsider legal and political intervention. Fuller accounts of those serious moral and ethical concerns have been presented by others. Instead of rehearsing those accounts, the Article addresses the more bounded, but still unsettled, core issue embedded in all calls for clinic-facilitated, legal-political intervention under circumstances of neighborhood social disorganization, namely the issue of community triage. Broadly cast, the second purpose of this Article is to expand the mounting body of work revisiting the role of lawyers and nonprofit legal services organizations in contemporary inner-city anti-poverty, civil rights, and social justice movements, in part by chronicling the background and slow rise of the faith-based municipal equity movement in Miami.

Part I introduces the notion of community triage as a means of addressing the impoverished and segregated aftermath of urban development in a cluster of postindustrial inner cities, drawing in particular on the history of Goulds and the West Grove.

Part IV appraises the Third Wave of anti-poverty campaigns kindled by a new generation of legal services and public interest lawyers and their site-specific community triage approaches in the fields of community economic development, environmental justice, immigration, low-wage labor, and municipal equity in order to discern legal-political lessons of inner-city advocacy and organizing. Taken together, the four parts forge a larger legal-political vision imagined and reimagined daily by a new generation of social movement activists and scholars--a protean vision of community- based law reform tied to clinical practice, empirical research, and experiential reflection about law and lawyers in action.