A Theory of Poverty: Legal Immobility 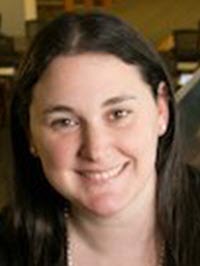 Nearly one-third of Americans are poor or near poor. For these families, living wages, affordable housing, adequate food, and other basic needs are increasingly out of reach. For decades, scholars have worked to identify the mechanisms that contribute to the cycle of poverty and to the thwarting of upward socioeconomic class mobility for poor families. Depending on the era, stagnant wages, the education system, incarceration, neighborhoods, and most recently, eviction, have each been identified as a potential holy grail answer-- a key to unlocking poverty's hold. Yet with all of the attention that has been paid to poverty, the crucial role of the law, particularly state- and local-level law, in perpetuating, exacerbating, and creating poverty is largely ignored. In the 1970s a poverty lawyer once said: "Poverty creates an abrasive interface with society; poor people are always bumping into sharp legal things." These sharp legal things, however, have rarely been systemically studied or theorized about.

Sociologists, economists, and political scientists have long grappled with the causes and consequences of poverty, yet the law is usually an afterthought, if it is mentioned at all. Legal scholars, of course, focus on the law, but they have been strikingly absent from the discourse on poverty. The central lines of inquiry for those legal scholars who do write about poverty law typically fall into two distinct camps: (1) Understanding how the law might be used to aid the poor; or (2) Understanding how one particular statute, case, or legal procedure may disadvantage the poor.

This narrow conception of "poverty law," which focuses almost solely on individual silos of study within federal law, is an analytical error and leaves us with a gaping hole in our understanding of poverty. A much broader understanding of poverty law is needed, one that considers how the cumulative effect of laws--particularly state and local laws--may be a mechanism through which poverty is created, perpetuated, and exacerbated. This critical examination means expanding the scope of poverty law well beyond the traditional areas of inquiry.

While many legal scholars are aware of laws in their own individual fields of study that may perpetuate poverty, the literature has not developed a vocabulary for describing how, in a broad sense, the law is a key driver in thwarting upward socioeconomic mobility. Indeed, the literature has not conceptualized what I call legal immobility. Undertaking this type of inquiry is a tall order, in part because the law often functions to perpetuate poverty through local processes that are largely hidden and difficult to uncover. While there are certainly federal laws that perpetuate poverty, on a day-to-day basis, it is often the subtleties of these state and local laws, cumulatively and invisibly, that are the driving forces for how the law works to perpetuate poverty. This invisible localism of law is rarely studied or even acknowledged.

While it may appear puzzling that legal scholars have not engaged more with the relationship between local and state laws and poverty, legal scholars may have shied away from this type of inquiry in part because it is difficult, from an empirical perspective, to capture how different states and localities handle the same problem. Indeed, invisible localism makes it difficult to make generalizations or claims beyond problems in just one state or just one locality.

The goal of this Article, however, is not empirical in nature, and I am not attempting to make causal claims. The purpose of this Article is to provide an initial description and normative account of this undertheorized aspect of our laws, with a focus on the role of the invisible localism of the law in contributing to legal immobility. As I explore the often-ignored role of local and state laws in perpetuating poverty, I hope to convince the reader that in order to fully understand poverty and mobility, a more complete account of the relationship between local and state law and poverty is needed. In recent years, some progress toward this end has been made. In 2015, the United States Department of Justice's report on the Ferguson Police Department and courts ("the Ferguson Report") brought a national spotlight to the use of fees, fines, and other monetary penalties as a means for generating revenue at the state and local level. In this Article, I argue that the revelations exposed in the Ferguson Report are just a small piece of a much larger systemic phenomenon of local and state laws and systems stunting upward mobility and contributing to the perpetuation of poverty. In the course of the Article, I discuss driving laws and fees (touched upon in the Ferguson Report), but I also explore state and local tax law, family law, nuisance law, and employment licensing law, among others. I argue that the cumulative effects of all of these laws (and others), working together to form a complex web of barriers, lead to legal immobility.

While I focus on the cumulative effects of all of these laws, I also articulate a three-prong theory to help understand the roots of the individual laws that contribute to legal immobility. I argue that there are three distinct pathways through which these individual laws function: (1) calculated exploitation; (2) gratuitous management; and (3) routine neglect. In some cases, through calculated exploitation, states and localities are intentionally exploiting the poor in order to fund government activities and satisfy more powerful interest groups. In other cases, states and localities are engaging in gratuitous management, using the law as a means to control and regulate the poor. Finally, at times, states are engaging in routine neglect--the poor are an afterthought, essentially forgotten as the status quo reigns and systematically makes mobility a distant dream to the least powerful. My hope is that this framework for understanding the roots of the laws that together contribute to legal immobility will be helpful for future work that expands legal immobility research and focuses on normative goals and change.

One important caveat to note is that the theory of legal immobility is not meant to be the "holy grail" answer to why upward mobility is so difficult and poverty perpetuates. Instead, my argument is that to fully understand why poverty is so persistent, we need to consider the role of local and state law as a whole, bridging the silos of various legal disciplines. And when we do, a useful and thus far neglected perspective on poverty emerges, one that shows how the structures of state and local laws, cumulatively, function to inhibit upward mobility for the poor.

This Article proceeds as follows: In Part I, I consider legal immobility theory and discuss why we need such a theory. As part of this discussion, I explore the current state of theory related to law and poverty.

In Part II, I discuss legal immobility and invisible localism in practice, showing how a confluence of rules and laws across a range of legal areas work together to stunt mobility.

In Part III, I expand on the concepts of calculated exploitation, gratuitous management, and routine neglect, considering examples of laws that contribute to legal immobility I discussed in Part II. I

n Part IV, I broadly consider some of the implications of legal immobility theory, and finally, I conclude.

The cumulative effects of state and local law can play an important role in perpetuating poverty. Conceptualizing state and local laws as cumulatively disadvantageous to the poor, however, is a surprisingly neglected topic among legal scholars and scholars of poverty. Some scholars of law or poverty have identified individual areas of state and local laws that disproportionately burden the poor, but few have moved beyond the individual silos of one particular burden to consider how these often hidden burdens embedded within the law might, as a whole, systematically play a significant role in perpetuating poverty and thwarting upward mobility.

Thus, while we have accounts of how individual laws disadvantage the poor, little thought has been devoted to considering how these laws, considered together, might be a significant factor in limiting upward mobility. Indeed, we do not even have a vocabulary for describing the role of the law in this way, nor a robust account of the range of laws that disadvantage the poor, how it happens, and what the implications are for the study of law and poverty.

This Article reflects a first step in identifying the concept of legal immobility. It begins by pinpointing the types of laws that are often burdensome to the poor: they are often local in nature (and thus not easily tracked) and often seemingly invisible--on their face, these laws do not appear to have a disproportionately adverse impact on the poor. The Article then proceeds to take examples from several different fields of law and describes how various state and local laws put a particular burden on the poor. After detailing these examples, the Article asks the reader to consider the following analogy: just as the cumulative effects of several ailments and diseases can wreak havoc on the human body, we can imagine the state and local laws that burden the poor in seemingly small ways as diseases and ailments that cumulatively take a toll. After leading the reader through this analogy, I identify a three-prong approach to understanding the historical roots of laws that have an invisible burden on the poor, and how these laws continue to function. Finally, I discuss the implications of legal immobility and this tripartite theory for poverty law more generally.

There is no doubt that the account of legal immobility offered in this Article is oversimplified in order to introduce the concept in a meaningful and clear way. There is work to be done on both an empirical and theoretical level in order to develop a more nuanced account of legal immobility. Further empirical work is needed to understand how exactly the cumulative nature of burdensome laws works; work could also be done to determine a scale measuring the relative burden of various laws as income declines. Additionally, empirical projects could seek to compare different localities by measuring laws across several fields and their relative burden on the poor, and then control for other factors while measuring outcomes for poor families living within these various localities. Ethnographic case studies focusing on specific localities or specific laws would also add a more nuanced perspective on the mechanisms through which legal immobility functions.

This Article also provokes important normative work on several questions that I only begin to tackle in this Article: (1) whether (and how) states and localities should consider legal immobility when they are invoking new laws and altering old ones; and (2) whether there should be any federal response to local and state laws that contribute to legal immobility, and what these responses might be (including any potential legal challenges).

Ultimately, this Article is meant to move the conversation about poverty law in the direction of better understanding how law functions to perpetuate and exacerbate poverty using the concept of legal immobility as a guide, providing a new direction for research and discourse. It highlights the need to view the law as a structure that is inhibiting upward class mobility for the poor. As the poor work toward upward mobility, they encounter barriers that cumulatively continue to pull them down, leading to immobility. While scholars have long been interested in the mechanisms that lead to this frustrating labyrinth, the role of state and local law has largely been ignored, and in doing so, dead ends continue to surface for the poor. Legal immobility theory seeks to bring to light the question of why there might be so many dead ends and also to begin to open up the conversation about what we might do to broaden the pathways to upward mobility.