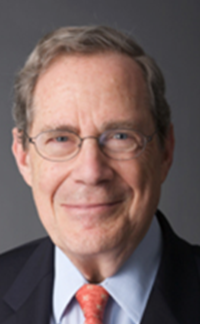 For far too long America's poor have been criminalized by intersecting systems that impact low-income individuals at all levels, including the school-to-prison pipeline, chronic nuisance orders, public housing shortages, anti-homelessness ordinances, claims of welfare fraud, and inadequate mental health systems. The punishing fines and fees that often result from a low-income individual's interaction with these systems have exacerbated the cycle of poverty. Decriminalizing poverty defines the required work ahead, beyond the reform of fines and bail.

Local and state governments still face a revenue shortage in many parts of the nation. Proponents of fines and fees, bail, and other aspects of the status quo criminal justice system cling to the need for money and use fearmongering tactics to scare people into thinking that eliminating these processes will raise crime rates. We have the data to prove the latter claim false, if we can reach those people, but the funding issues remain a challenge. The fact is that the cost of administering fines and fees and money bail is expensive, and we can lay out the facts. The net from the system is much less than the gross, and at least larger states and municipalities are beginning to adopt alternative financing strategies.

The school-to-prison pipeline is a prime example of the criminalization of poverty. Sending low-income schoolchildren to court instead of a principal's office after a scuffle on the playground is criminalizing poverty, and it is national in scope. There is a reason for school security, certainly. Columbine was the stimulus. But placing School Resource Officers (“SROs”) in three thousand schools with federal funding did more harm than good. In Texas, for example, close to one hundred thousand children faced criminal truancy charges before advocates took action. Across the nation, too many children are still sent to the courts. Children need protection, but sad to say, SROs in many schools have caused thousands of children to acquire juvenile court records that changed their lives. Sending children to court for minor issues is not necessary. There are school systems around the country that train their SROs properly and professionally, and achieve results that are supportive and constructive, but this success is not widespread.

The children who are sent to court are disproportionately children of color and children with disabilities, another example of the disparate impact across each instance of the criminalization of poverty. There can be a role for police in schools, but it is too often a detriment. Police have become far too involved in many aspects related to the criminalization of poverty, from mental health problems to policing homeless people who are not in shelters.

Of all the examples of the criminalization of poverty, chronic nuisance ordinances are perhaps the most stunning. The police misuse these ordinances because of inadequate budgets and the poor attitudes of officers and their supervisors. A woman, terrified because her husband or boyfriend constitutes real danger, calls 911 and is told that she has used up or is about to use up her allocated calls, usually about three. If she exceeds the limits, then the police can command the landlord to evict the woman. Those evicted are typically low-income women of color.

Fraud prosecutions of public benefits are far too often another form of the criminalization of poverty. The so-called welfare reform in 1996 was in major part a plan to reduce the number of recipients receiving cash assistance under Temporary Assistance for Needy Families (“TANF”). As a result of the 1996 reform, TANF welfare rolls shrank dramatically from over fourteen million in 1993 to less than three million today. In addition to work requirements and arbitrary qualifications, prosecutions or threats of prosecutions for “fraud” were used to scare individuals from enrolling in benefits programs. Depending on the state, mistakes in applying for or reporting income while receiving assistance often lead to an accusation of fraud. Similarly, individuals receiving food stamps, Supplemental Security Income, and other public benefits can draw a charge of fraud, depending on the state involved. Again, the targets are mainly people of color.

Persecuting the homeless is the criminalization of poverty. Many cities short on revenue have enacted even more ordinances in recent years designed to get homeless individuals to leave the city or otherwise suffer repeated stints in jail. The typical ordinance prevents public sleeping--barring sleep in one's car, in the park, or lying down anywhere. These ordinances send a message: if you are homeless, get out of town. Yet, homeless individuals often face intersectional challenges relating to income, housing, and mental health needs. Being homeless is just the tip of the iceberg. Public housing shortages and unaffordable housing options leave many individuals with no option other than sleeping on the streets. Homeless individuals have disproportionate rates of mental illness and often go without treatment. Instead of providing necessary services to tackle these issues, ordinances targeting homeless individuals create responsibilities for the police, who should not be asked to handle such problems.

What we have done to mental health as a nation is yet another form of the criminalization of poverty. The mental health system, if you can call it one, is composed disproportionately of jails and prisons. Again, this is an example of poverty criminalization that affects predominantly people of color and an area where police are authorized and relied upon to handle tasks that should not be in their portfolios.

Finally, collateral consequences further the cycle of the criminalization of poverty. People who return from prisons and jail run into a total of 45,000 laws--at all levels of government. These laws restrict jobs, housing, voting, education, and many other aspects of daily life. For example, individuals with a criminal record are typically denied access to public housing for a period of time. With no affordable options for housing, these individuals experience homelessness at disproportionate rates.

These harmful policies are not only about money. They are also about race and class. The most dangerous intersection in America is the combination of race and poverty. And it cuts across all of the criminalization of poverty.

It is also important to emphasize again that inappropriate police roles are woven throughout the criminalization of poverty. We have become too much of a police state. We arrest people for actions that should not be crimes at all (like sleeping outside or calling 911 “too frequently”), but even actions that should be sanctioned--like broken window crimes--should not lead to individuals being held for an inability to pay bail or incarcerated for minor infractions. We need to look at all of the inappropriate police roles together--in schools, in handling the homeless epidemic, in responding to 911 pleas, and in serving those with mental health issues. Looking at all of these intersecting systems together emphasizes the significance of the issue. Addressing the whole problem is necessary to combat the criminalization of poverty.

Additionally, for-profit entities are more far-reaching than many people understand. An increasing number of them operate and further entrench the criminalization of poverty. When private entities profit from these systems, changing the rules becomes even more complicated. For-profit organizations do far more than operate prisons. They cut across the entire criminal law system. Diversion and electronic ankle bracelets are run by for-profit companies, who charge for their services. Medical services in prisons and jails are widely run by for-profit companies. Probation agencies operate on a for-profit basis in thirteen states. Yet, public probation agencies charge too--thirty-one states and numerous counties charge for probation. Many states and counties charge for room and board. The proprietary sector finds money in all corners of the criminal law system. The breadth and depth of the private-public relationship is everywhere and needs to be shown in the light of day.

The strategy of these efforts often begins with litigation and other local advocacy activities to establish precedents and mobilization at the state level to push ultimately where a federal legislative response is appropriate. Litigation efforts also educate people in communities, which in turn stimulates local political action. Campaigns like “Free to Drive,” and “I Am Not a Nuisance,” accelerate movement forward. That said, the pathway to victory is neither clear, nor straight forward. Nonetheless, these pieces begin to make clear the larger puzzle we must solve. The totality of these efforts has resulted in a visibility that did not exist five years ago. These victories should serve as a model for the rest of the nation and future multipronged policy efforts.

Across the board, the criminalization of poverty has accumulated a consciousness that is far from where it was when Ferguson took place, and concrete actions are occurring in multiple areas both in substance and form. Litigation, legislation, administrative steps, and community action have brought about positive change. Now, we must grow the movement to fill in the remaining pieces of the puzzle and end the criminalization of poverty. We have much more to do.