A Change Must Come: The Intersection of Intergenerational Poverty and Public Benefits 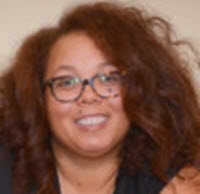 Despite being one of the wealthiest countries in the world, the United States continues on in its trend of passing on a low quality of life from one generation of the poor to the next--thereby exacerbating and perpetuating poverty into the foreseeable future. Intergenerational poverty, as this concept is aptly named, disproportionately impacts people of color. While poverty has many origins, this Article specifically discusses two public benefits that contribute to intergenerational poverty--Medicaid and Social Security Income. These public “benefits” permeate the country while simultaneously and disproportionately impacting communities of color.

“Poverty is not an abstraction. People wear it on their faces, carry it on their backs as a constant companion, and it is heavy.”  - Dennis Kucinich

One aspect of intergenerational poverty is that there are few to no advantages a parent can pass on to their children. It means that poverty, and its associated lesser quality of life, is passed on to future generations. Parents who are stuck in a cycle of intergenerational poverty due to their economic and social circumstances are unfortunately doomed to pass those circumstances on to their children. Take for example a lack of assets, which can serve as a long-term cause and effect of intergenerational poverty. Assets can be comprised of physical assets, such as a home, and financial assets, such as money. Assets can serve as a critical element of the perpetuation of poverty because society's “efforts to prevent intergenerational poverty depend on their ability to sustainably increase family economic security and to prevent or ameliorate the adverse social conditions that make it more likely that children from impoverished homes will remain poor as adults.” Without assets to pass from one generation to another, poverty is destined to be cyclical.

Before the 1900s, public benefits were primarily administered by private charitable organizations with some help from the government. The Social Security Act of 1935 was the federal government's first formal step toward providing national public benefits. Public benefits were created to lift people out of poverty and create a path toward equal opportunity. The purpose of public benefits was to eliminate a barrier for those in need to receive government support. Nevertheless, restrictions on public benefits have done just that--created barriers. Thus, it seems that the original goal of addressing and eliminating poverty has been significantly compromised.

For years, the federal government has been waging war on the poor in an effort to reduce the budget. When President Trump proposed to redefine “poverty,” he was unequivocally attempting to reduce the number of people that would be eligible for public benefits. This attempt by President Trump is telling. “An administration genuinely concerned about how best to serve the poor with government assistance programs wouldn't start with tweaking the inflation rate. It would start with examining years of research examining whether the poverty line itself is adequate, or--as seems to be the case--too low.”

When public policies are guided primarily by a desire to reduce the government budget, as the United States' public policies undoubtedly are, they are destined to harm the people that need them most. As benevolent as the government may claim its actions to be, in the end, the desire for more and more commerce often contradicts whatever good intentions there may have been. It is easy to see that the government's decision-making regarding public benefits and, more generally, poverty itself, has at least one glaring problem: the rich continue to get richer and the poor remain poor and even become poorer.

Our federal government's fundamental failure to put the interests of profit over the genuine pursuit of ending poverty in the United States has been catastrophic and will echo throughout generations. To address and creating lasting solutions to the problem of intergenerational poverty, the United States cannot limit itself simply to Medicaid liens, asset recovery, and SSI asset limit restrictions as discussed herein.

It is worth mentioning that the racism and classism deeply rooted in the history of the United States extends far beyond the discussion included here. However, understanding, evaluating, and critically analyzing these public benefits can provide us with a valuable framework for eradicating intergenerational poverty--or at the very least avoid further hampering the transfer of intergenerational wealth.

“The quality of life in U.S. society depends on the personal accumulation of wealth.” But when public benefits act to create a barrier to the accumulation of wealth and prevent the ability to pass on wealth to future generations, society, particularly people of color, suffers. These barriers “continue to play themselves out in the contemporary moment, as Black and white wealth disparities remain entrenched because of their deep roots in a systemically racist and unequal” society. However, society should not be confined to remaining in this moment and repeating the mistakes of the past. A change must come.