An Empirical Study of Gender and Race in Trademark Prosecution 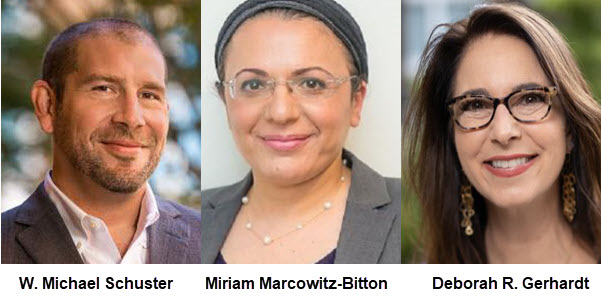 This Article is the first to empirically analyze how race and gender correlate with success in filing trademark applications before the United States Patent and Trademark Office (“USPTO”). The USPTO has worked to present itself as a federal agency that does not condone racial or gender bias. In the build-up to the Supreme Court's 2017 decision in Matal v. Tam, the USPTO invested substantial resources fighting to uphold a federal law which allowed it to reject trademark applications seeking federal registration of disparaging words such as racial slurs. It lost, meaning that offensive trademarks can be approved and earn the USPTO seal of approval. In the wake of that decision, the USPTO has an even greater incentive to provide registration services in a manner that does not discriminate on the basis of gender and race. This Article is the first to analyze USPTO registration data to examine the extent to which demographic attributes correlate with success before the USPTO.

Recent scholarly work has uncovered gender inequities, racial disparity, and potential bias in patent examination. Studies have found some evidence of biases against women in patent examination and underrepresentation of women and minority groups in the patent and copyright systems. In this Article, we examine whether these patterns are reflected in trademark registration data. We hypothesize that one may expect to see similar disparities. This research tested that theory by empirically examining three decades of trademark registration data for individual applicants and cross-referencing this information with census and other data to estimate the race and gender of trademark applicants.

The Article proceeds as follows. Part I provides an overview of the common law and federal trademark protection and the benefits of federal registration. Part II situates this paper against the landscape of other recent empirical scholarship that explores how race and gender correlate with success in seeking federal intellectual property protection. Part III lays out the methodology we used to gather data on trademark registration success and explains how we analyze that data with regard to gender and race.

Part IV sets forth our findings. We begin by dividing the data into corporate and individual trademark applicants and describing the respective success rates of each group. Next, we shift focus to the subset of applications filed by individuals and uncover the differences in success rates that correlate with gender and race. The data reveals how these attributes may affect success in overcoming oppositions, obtaining publication, and ultimately, registration. Because trademark applications can be prosecuted with or without counsel, we examine the extent to which the assistance of legal counsel is used by various groups and the extent to which the assistance of counsel affects success rates. Our analysis of decades of trademark application data offers important insights into the following questions:

1. Are women and minority groups underrepresented in the population of trademark applicants relative to their presence in the U.S population?

2. Does the gender or race of an individual trademark applicant correlate with success rates before the USPTO?

3. Does the gender or race of an applicant correlate with the likelihood that their application will be opposed by another trademark owner?

4. Does the USPTO trademark application data reflect institutional bias based on gender?

5. Have these trends changed over time?

The data showed interesting differences from the patterns of bias and underrepresentation reported in other areas of intellectual property prosecution. Our most significant finding is that women secure trademark registrations at a higher rate than men. The data also reflect interesting nuances with respect to race. Not all racial minorities are underrepresented in the trademark applicant population. Furthermore, while women and minorities have been underrepresented historically, the disparity is decreasing at a rate not seen in other IP registration systems.

Three decades of individuals trademark applications reflect a unique and nuanced landscape relative to other intellectual property registrations. The data indicate that both women and minorities are substantially underrepresented in the trademark applicant pool of individual applicants. The presence of counsel generally contributes to the success of an application, and minorities are less likely to be assisted by counsel in prosecuting marks, while women are more likely. Regression analysis indicates that even when controlling for the presence of counsel, some racial minorities have been less successful than White applicants in succeeding at trademark publication and registration. In stark contrast, women are more likely to succeed than men at both publication and registration. Importantly, our analysis has not uncovered potential bias on the examiner's side during prosecution of trademarks with regards to both genders. These differences raise important questions for further research on the reasons for these race and gender disparities.

Miriam Marcowitz-Bitton is a Professor of Law at Bar-Ilan University.