#Blacklivesmatter, Disparate-impact, and the Property Agenda 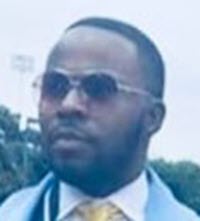 The struggle for equality for people of color has been long and difficult in the United States. From access to wealth, jobs, education, and public accommodations, Blacks and other racial minorities have struggled to obtain equal footing with their White brothers and sisters. The most recent efforts centered on achieving equality are the #BlackLivesMatter movement. #BlackLivesMatter is a movement that originated in the Black community after Trayvon Martin, a 17 year old Black male whom, after leaving a convenience store, was gunned down by a neighborhood watchman. The movement rose to greater prominence after the death of Michael Brown who was killed by a White police officer in Ferguson, Missouri. According to the movement's founder, “[w]hen we say Black Lives Matter, we are talking about the ways in which Black people are deprived of our basic human rights and dignity.” Thus, the movement's purpose is not only to protest against the “extrajudicial killings of black people by police and vigilantes,” but also to bring awareness to other social injustices plaguing the Black community. Much like other social movements of the past several years--like the Occupy Wall Street movement and policy makers have inquired as to what policy agenda the #BlackLivesMatter movement hopes to achieve. As leaders of the Black equality movement continue to think about articulating the broad policy objectives of these efforts, one significant goal should be the continued fight against racial segregation and discrimination in housing policy. In other words, the #BlackLivesMatter movement is in need of a property/housing law agenda.

Prior to the twentieth century and up until the passage of civil rights legislation--specifically the Fair Housing Act (“FHA”) segregation relegated Blacks to extremely impoverished and blighted urban neighborhoods across the United States, leaving Whites to reside in the more affluent, suburban neighborhoods. During the 1900s, 75% of Blacks lived in 2,500 projects throughout 993 cities in America. From 1900 to 1960, 90% of Blacks in the south lived in urban neighborhoods while 60% of Blacks in the north lived in urban neighborhoods. Residential segregation is still visible within the country's metropolitan areas. Metropolitan cities in the United States are disproportionately non-white--more than 52% of the urban population is black while only 21% are white. Conversely, suburban areas are disproportionately white with a makeup of 57% white residents and only 36% black residents.

The most significant tool for combating housing discrimination in the United States is Title VIII of the Civil Rights Act of 1968, often called the Fair Housing Act (“FHA”). Although the FHA provides a legal mechanism for challenging discriminatory housing practices, there has long existed a split among the federal courts as to whether a plaintiff could only prevail in such a claim by showing actual discriminatory intent, or whether a mere showing of discriminatory effect would suffice. The latter method is known as the disparate-impact theory.

In the 2014 case of Texas Department of Housing and Community Affairs v. Inclusive Communities Project, Inc., the United States Supreme Court addressed this split and ultimately upheld the validity of the disparate-impact theory. However, in doing so the Court placed significant limitations on the ability of a plaintiff to prevail using this theory. Specifically, the Court developed an overly limiting framework for raising a disparate-impact claim by requiring not only significant statistical evidence of discrimination but also an overly muscular showing of causality.

This Note argues that such a strong causality requirement significantly reduces the number of persons who might be able to prevail under a disparate-impact housing discrimination claim. This high bar, in turn, has the potential to shut down many legitimate claims of housing discrimination in instances where the practices and policies of the defendant are engineered so as to be particularly difficult to directly and strongly connect to the discriminatory effect so produced. This approach is particularly troubling considering Justice Kennedy's pronouncement in the majority opinion that “[f]rom the standpoint of determining advantage or disadvantage to racial minorities, it seems difficult to say as a general matter that a decision to build low-income housing in a blighted inner-city neighborhood instead of a suburb is discriminatory.” Such a comment gives short shrift to the years of persistent housing discrimination suffered by people of color and the systematic ways in which these populations were relegated to blighted and decaying urban areas. Moreover, it bodes ill for future plaintiffs attempting to bring disparate-impact claims under the FHA.

This Note articulates a specific housing law objective for the #BlackLivesMatter movement by arguing that the Court's analytical framework for disparate-impact claims has strong structural and practical weaknesses.

Part I of this note discusses the history leading up to the FHA, the passage of the Act and its content, and the burden of proof requirement for disparate-impact claims.

Part II examines Texas Department of Housing v. Inclusive Communities, focusing on the facts, procedural history, and particularly the analysis and authority used by the Court in reaching its ultimate holding.

Part III advances the argument that courts faced with disparate-impact claims should analyze the causality element by using a sliding scale approach. In doing so, FHA plaintiffs would be provided a more nuanced and equitable framework for meeting the strong causality element in their claims. For instance, a plaintiff who could show a substantial amount of statistical evidence of discriminatory effect would have a diminished causality burden under this approach. Conversely, a plaintiff who could show material statistical evidence of discriminatory effect, but not a substantial amount, would have a higher burden of causality.

This Note concludes by arguing that the sliding scale approach would both stay true to the Court's attempt to narrow the disparate-impact theory so as to prevent abuse while still giving the theory a broad enough scope to be effective in policing unfair housing practices.

After much anticipation, the Supreme Court in Texas Department of Housing and Community Affairs v. Inclusive Communities held that the disparate-impact theory is valid under the Fair Housing Act (FHA); however, the Court concluded that a plaintiff claiming that a challenged practice produces a disparate-impact must show an overly burdensome causal relationship to the defendant's policies or practices. As a result of this framework, the Court has placed severe limitations on the number of people who might be able to prevail under a disparate-impact claim, even when the claim is legitimate. In order to ensure that this vigorous causality requirement does not render the disparate-impact theory ineffective in policing unfair housing practices, courts should use a sliding scale approach to causality. This nuanced approach will likely enhance the effectiveness of the FHA while still providing appropriate protections for innocent defendants. This approach not only lessens the burden imposed on fair housing plaintiffs, but also urges courts to focus their attention on broad housing policy considerations when it comes to addressing discriminatory housing effects.

Importantly, the framework developed in this note adds to the broad policy planks of the #BlackLivesMatter movement, where until now has not seen its mission through the lens of housing fairness and access. Since the #BlackLivesMatter movement is recognized as a national leader in combating social injustice, the Black community could benefit greatly from the movement's fight against racial segregation and discrimination in housing policy. As Justice Kennedy quoted in Inclusive Communities from President Johnson's Kerner Commission report: “[o]ur Nation is moving toward two societies, one black, one white--separate and unequal.” Over fifty years later this admonition remains relevant today, and the #BlackLivesMatter movement has a significant part to play in bringing attention to this issue and spurring our elected leaders to action. In furtherance of the cause of equality, however, fairness and equity in housing should not be overlooked. #BlackLivesMatter needs a property agenda, and this note argues that a part of that agenda should include a broadening of the FHA's analytical mechanism for plaintiffs in challenging discriminatory housing practices in the United States. The sliding scale approach developed here is one such option and through its adoption housing market actors will be encouraged to design their policies and practices, not so as to merely avoid litigation and liability, but to create a more integrated and fair society.