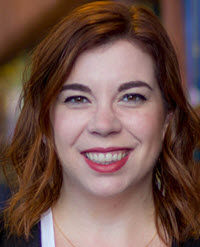 At a press conference held in Trump Tower New York City on June 16, 2015, Donald Trump announced his candidacy for President of the United States by promising the American people a “great, great wall on our southern border” to be paid for by the Mexican government. Mr. Trump justified his campaign cornerstone by explaining that “[w]hen Mexico sends its people, they're not sending their best .... They're bringing drugs. They're bringing crime. They're rapists.” President Trump has a long and complicated history of being accused of, and fervently denying, various acts of racial discrimination. Similarly, President Trump has insisted that his only motives behind the pursuit to completely separate the United States from Mexico are to curtail illegal immigration and curb drug cartel activity.

On January 25, 2017, President Trump signed Executive Order No. 13,767, entitled “Border Security and Immigration Enforcement Improvements” (hereinafter “Order No. 13,767”). Among other directives, Order 13,767 instructs the Secretary of Homeland Security to “immediately plan, design, and construct a physical wall along the southern border ... to most effectively achieve complete operational control of the southern border.” The Trump Administration awarded four contracts to construction companies to propose new border wall prototypes in August 2017, and plans continue to move forward with piecemeal Congressional funding.

To many, President Trump's fixation on building a wall between the United States and Mexico is grounded in a general dislike of Mexican citizens. Consider, for a moment, a purely hypothetical situation where Chicago Mayor Rahm Emanuel formally declares that the city's southern neighborhood of Englewood is exceptionally dangerous and embroiled in chaos. Mayor Emanuel states that to protect the rest of the city from extreme gang violence, he plans to build a large fence around the Englewood area that will be protected by Chicago Police Department officers to ensure that guns and other weapons are unable to be carried outside of the neighborhood. He has made several statements in which he explicitly blames the African American and Latino populations for the ongoing violence and suggests that they be separated from the rest of the city. Mayor Emanuel has also let slip several derogatory statements about African Americans and Latinos during informal, public events. To build this fence and provide patrol stations for the police officers, Mayor Emanuel attempts to utilize the power of eminent domain to obtain the land surrounding Englewood and argues that the fence will have a positive impact on the city and will curtail the violence that has plagued Chicago for so long. In this exaggerated hypothetical, Mayor Emanuel's proposed fence has a discriminatory nature. In light of the evidence regarding the purpose of the fence, Mayor Emanuel would likely be hard-pressed to find a court that would allow the taking of private land under eminent domain. While the government does have a broad right to take private property for the greater public benefit, this note will argue that there can be no public benefit when the sole motivation behind a taking is racial discrimination.

Part I of this note will discuss the history of eminent domain and the Takings Clause of the Fifth Amendment, including a detailed analysis of the public use requirement.

Part II will review how discriminatory intent is applied to other areas of land use law and regulation, specifically addressing exclusionary zoning and claims under the Equal Protection Clause.

Finally, part III will argue that President Trump's border wall cannot be built on land condemned through eminent domain because there can be no valid public use if the motivation behind exercising eminent domain is largely based on invidious racial discrimination.

Eminent domain is an invaluable tool at the government's disposal that helps to foster projects which improve communities and keep our neighborhoods free from blight. Throughout the history of eminent domain jurisprudence the Supreme Court has held that the public use requirement of the Fifth Amendment Takings Clause is exceptionally broad, and in most circumstances, this author has no issue with the exercise of takings through eminent domain. However, it is imperative that we do not let the federal government take land for uses that are demonstrably sinister - even when an otherwise valid justification is put forth. President Trump has been fairly straightforward and honest about his disdain for the Latin American population in his campaign statements and Twitter communiqués. Although it is true that he has not said that he plans to build this wall because of this disdain, it would be foolhardy for the American public and the federal courts to interpret his statements in any other way. President Trump's proposed border wall will require the taking of thousands of acres of land through the use of eminent domain, which requires that the government prove a legitimate public use. As discussed in earlier sections of this note, careful analysis of President Trump's attitudes toward Latin Americans and Mexicans arguably indicates a bare desire to harm these groups by keeping them out of the United States and disenfranchising immigrants who are already present in the country.

There is no precedent for the argument set forth in this note-- that the presence of discriminatory intent invalidates an otherwise legitimate public use which would permit the government's taking of privately owned property. Nevertheless, the federal courts do have the authority, however infrequently-exercised, to analyze public use claims with regard to governmental takings. It is essential that the law evolves with the problems presented to it in times of social change and political turmoil, and that evolution is sorely needed here to prevent the taking of thousands of acres of privately owned land for a purely discriminatory purpose.