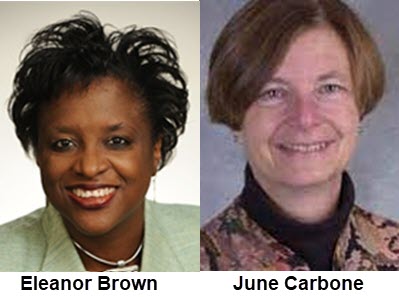 n the United States, property ownership and citizenship have long been linked and long served to deny African-Americans full participation in American life. The colonies, like Great Britain, limited the right to vote to White male property owners. They believed that “[p]roperty supplied independence; those without property were presumed to be economically dependent on and subservient to others.” Through the end of the Civil War, however, the vast majority of African-Americans in the United States were property, and many states limited the ability not only of enslaved people but also of formerly enslaved people to own property within the state. Even after slavery ended, African-Americans were denied the opportunity to acquire the kind of property that allows for economic security and independence. This legacy continues to this day--not just as a product of the continuing consequences of slavery, but also as a cause and consequence of the lack of political clout granted to African-Americans. Even when African-Americans have the ability to acquire property and other assets, they do not necessarily have the ability to realize the fruits of such investments. The result increases American economic inequality more generally, with particularly devastating effects on minority communities.

This Essay examines the continuing role of racial wealth disparities in the lack of access to full citizenship. Racial disparities in wealth are substantially greater than disparities in income. Between 1983 and 2013, the accumulated assets of median African-American households decreased by 75% (Latino households by 50%), and a 2017 report found that if present trends continue, the median African-American household will have a net worth of zero by 2053. These patterns contribute to disparities not just in economic independence and well-being, but also in families' abilities to manage their investments in human capital (e.g., education) and physical capital (e.g., land) that provide pathways for upward mobility. The results deny racial minorities an ownership stake in American society and make their efforts to acquire middle-class status far more perilous than for Whites.

In Part I, this Essay discusses the close relationship between full citizenship and property ownership and how lack of property ownership has denied African-Americans standing in the American polity. The historical marginalization of African-American communities that began with slavery continues today. Part II then examines three factors that have continued to reduce overall minority equity across three traditional pathways for upward mobility: home ownership, higher education, and marriage. First, the most dramatic decline in minority wealth stems from the lingering effects of the 2008 financial crisis where an American housing bubble (fueled at least partly by fraud) burst, contributing to a financial crisis. The financial crisis was fueled in part by the practices of predatory lenders who deliberately targeted minority communities. Second, student loan debt has disproportionately burdened African-Americans. At college graduation, African-American graduates owe almost 50% more than Whites, and that gap more than triples on average over the years immediately following graduation. Part of the reason for the gap is that aggressive lending practices at for-profit universities are much more likely to victimize African-Americans than others. Another reason is that African-Americans enjoy less of an increase in income than Whites from the acquisition of degrees. Third, these disparities increase family instability in ways that undermine marriage and increase wariness about a commitment to a partner who may be more of a financial liability than an asset in managing a household.

In each of these cases, intentional public policies--the refusal to rein in predatory lending practices, the underfunding of public universities, and the encouragement of for-profit universities as an alternative--exacerbate the racial disparities. To make matters worse, policymakers pushing free-market policies have used racial disparities to blame victims. Vilification of homeowners who borrowed more than they could afford to pay back, for example, persuaded the Obama Administration to limit the assistance it provided to underwater homeowners--homeowners with mortgages exceeding the market value of their homes--even as the Administration bailed out large Wall Street banks and refused to prosecute the bankers responsible for these practices.

This Essay concludes that the concept of citizenship involves mutually reinforcing practices. Achieving the economic independence that comes with property ownership and investment enhances the qualities associated with responsible citizenship. Yet, real citizenship--including acquisition of some significant measure of political clout--also creates the ability to protect property investments and make them worthwhile. Truly confronting racial inequality, therefore, requires seeing these developments in mutually reinforcing terms.

As the United States has dismantled the protections that fueled stable prosperity in the middle of the twentieth century, the pathways into the middle class have become more perilous. Those perils have become particularly treacherous for African-Americans. Home ownership, higher education, and marriage remain important sources of full citizenship, political clout, and advancement for most; yet, the security that such investments traditionally provided has become harder to achieve. This has occurred in part because the nature of the American political system has changed with the country's changing demographics, including greater inequality and greater diversity. Instead of shared prosperity, Americans are experiencing increasing inequality. These changes came to a head in the aftermath of the 2008 financial crisis. While Whites have largely recovered, the financial crisis destroyed a stunning percentage of African-American wealth, which remains unrecovered due to a dramatically slower recovery in both housing values and income potential relative to White communities. The result undermines political as well as economic equality, threatening the prosperity of what has been the most upwardly mobile parts of minority communities and discouraging future investment.