Partisan Gerrymandering as a Threat to Multiracial Democracy 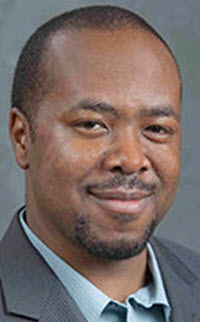 Over the past several months, states have engaged in the decennial ritual of deciding the demographic composition of districts. For this ritual, states were subject to three constitutional constraints. First, each district must contain an equal number of people. Second, states cannot intentionally dilute the vote of a racial minority in the districts they create. And third, states are prohibited from relying predominantly on race in their drawing of district lines. All three of these judicially constructed constraints on districting provide constitutional protection for a multiracial democracy comprised of political equals. In an idealized version of this multiracial democracy, individuals would have the opportunity to secure the equal representation of their interests irrespective of the racial group to which they belong.

Recently, the Court decided not to establish a fourth constitutional constraint on districting. In Common Cause v. Rucho, the Court rejected a challenge to a state's drawing of district lines that was said to have relied too much on partisan consideration and to have led to unequal opportunities for members of the two major parties to elect their preferred candidates. The Court held that partisan gerrymandering was a nonjusticiable political question because of the challenges associated with developing an administrable standard for policing too much partisanship and the lack of constitutional basis for a right to more equal partisan representation.

In this Essay, I argue that the Court's refusal to adjudicate partisan gerrymandering claims has undercut its capacity to protect America's multiracial democracy--an aim that historically formed the core of its districting jurisprudence. In an era in which the Republican Party has embraced whiteness as central to its identity, Republican partisan gerrymandering threatens to exacerbate racial division and stoke racial hostility. Republican partisan gerrymandering will reward race-based representation in which candidates align with constituents who favor the white identity politics of the Tea Party, Make America Great Again (MAGA) coalition, white supremacist groups, conspiracy theorists, and antigovernment militias. Those white identitarians who see multiracial democracy as threatening and even tyrannical could be well-positioned after the next redistricting round to advance racially regressive agendas in both state legislatures and Congress.

This Essay will be divided into three parts. Part I provides an account of the evolution of racial conservatism in the Republican party. Part II examines the Court's racial gerrymandering doctrine to illuminate the harms to multi-racial democracy that can arise from districting. Part III then argues that the real threat to democracy arises from redistricting in Republican-controlled states.

In Shaw v. Reno, the Court announced that the use of race to draw district lines can contribute to the belief that representatives' “primary obligation is to represent only the members of that group, rather than their constituency as a whole.” In seeking to draw constitutional limits on the use of race to draw majority-minority districts, the Court in Shaw failed to recognize that minority representatives elected from these districts lacked the opportunity or capacity to represent only members of their own group at the expense of white members of their constituency.

The Court in Shaw might, however, prove to be quite prescient in diagnosing the democratic harm from racial gerrymandering. A Republican Party that controls redistricting in many states and has embraced white identity politics will have both the opportunity and capacity to legislate according to a theory of racial neglect. The question is whether they will and, if they do, whether the Supreme Court will step in to prevent the democratic harms associated with white racial gerrymandering from undermining the multiracial democratic project.